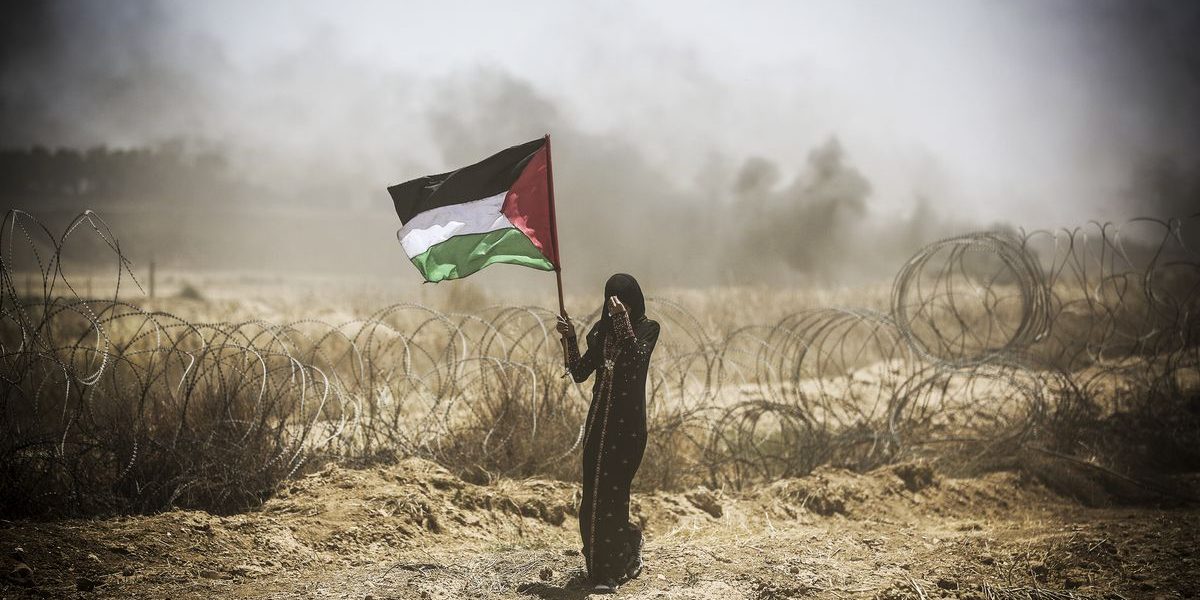 As the 73rd anniversary of al-Nakba (the expulsion of 750,000 Palestinians from their homeland) approaches, Palestinians continue to find ourselves in debates and dilemmas about statehood.

While new political solutions are being discussed, it is crucial for Palestinians and our supporters to remain focused on our movement for national liberation until our demands for an end to occupation and apartheid, self-determination, and the right of return for Palestinian refugees are realized.

Across the world, some of Israel’s most vocal supporters have taken an abrupt shift away from their traditional two-state framework in an attempt to salvage the failing Zionist settler-colonial project.

Many have come to the realization that the expansive Israeli settlements on the ground have made the two-state framework untenable. Perhaps they see the decline of support for Zionism and the Israeli occupation in countries they have previously relied on for support such as the U.S., UK, and Canada. Perhaps they are alarmed by the determination of the International Criminal Court in pursuing its investigation into Israel’s war crimes during their offensive on Gaza in 2014. Whatever the motivation, it is clear that for the first time in decades, Israel’s supporters are feeling the pressure of an international community that is more critical of the Zionist project than ever before.

Determined to salvage the vision for an Israeli state, Zionists and their allies have begun to propose alternative solutions. Calls for a single state or a confederation are being packaged as new and collaborative ideas. Their proponents argue for state solutions that follow the same failing logic as the proposals that preceded them. Solutions that aim to preserve the status quo, curb the right of return, and provide no fundamental challenge to the inequities produced by the 73 year colonial project.

In reality, these ideas are calls from Zionists to save Zionism from itself.

This attempt to salvage Zionism requires us to understand what is being proposed, and more specifically which Palestinian demands are being erased from these proposals. Two proposals are being packaged as progressive or collaborative solutions: a confederation and a one-state solution.

Popular arguments for a confederation are coming from both the Israeli right and left. The confederation argument being shared by many is one that envisions two sovereign states, with separate leadership and a border near the pre-1967 division. The states would share certain aspects of their sovereignty through residency rights, a shared capital of Jerusalem, and porous borders to allow for freedom of movement “except for security threats.”

Occasionally, members of the Palestinian bourgeoise have joined the calls for a confederation, arguing for a common market, cross-border investments, and entrepreneurial partnerships to exchange intellectual capital.

First, it is crucial to understand that colonial borders are part of the problem and have no room in the solution. Those who have accumulated power and criminalized the Palestinian identity for 73 years will undoubtedly use that power to define “security threats” in a future confederation.

Second, we must reject the language of common markets, which will indefinitely keep Palestinians in poverty after 73 years of dispossession and wealth transfer that have created an Israeli ruling class. We only need to look to historical examples to see that capitalist relations between the imperial core and previous colonies serve to continue to exploit former colonies through neo-colonialism. Thus, a capitalist confederacy cannot be the solution offered to a movement for national liberation.

Many who are proposing a confederation fail to grasp the demands that Palestinians have been making for decades. They contextualize illegal settlements as permanent and ignore the Palestinian right of return.  Alon Ben Mier, a prominent supporter of confederation, recently stated: “It is time for Palestinians to disabuse themselves of the notion of the right of return as [they] currently envision it.”

The argument for a confederation is by no means a new argument. Palestinians denied the economic union proposed in the original partition proposal of 1947, United Nations Resolution 181. Seven decades later, Palestinians will not, and should not, accept this idea.

The other leading argument being proposed is equal rights for Israelis and Palestinians in a single democratic state.

The first issue with this proposal is in the very framework of liberal democracies, where equality is framed as voting, representation, and economic opportunity. Those deploying this framework fail to account for the limitations of capitalist democracies in creating “post-apartheid” or “post-colonial” states. For 73 years, Israel has accumulated its wealth through the dispossession of Palestinians and the theft of Palestinian natural resources. The goal of the Palestinian liberation movement is liberation – not a “post-colonial” society that reinforces the very power structures the movement is fighting against.

Many have reached this argument as a last resort through defeatism: seeing the physical reality on the ground of settlements and their broader infrastructure as permanent. Let us be clear: a future democratic state that does not dismantle apartheid structures and infrastructure will not address the inequalities produced by colonization and occupation; it will reproduce them.

The settlements cannot be permanent as they are a vehicle of land theft. Built on the most fertile land, settlements represent intentionally uneven development: from the roads that connect them to the resources they steal from their surrounding area. Networks of water pipes and electric grids allow settlers to steal Palestinian natural resources, with settlers using six times more water than the 3.1 million Palestinians in the West Bank.

To accept these fixtures of inequality as permanent would be a death sentence for Palestinians in a future state. A future state must dismantle colonial structures, including infrastructure, and must be centred around decolonization and wealth redistribution.

The last question that we must ask of the one-state solution is: a shared state with whom?

Half of Israeli citizens support West Bank annexation. 95% of Jewish Israelis supported the brutal assault on Gaza in 2014. The candidates in Israel’s most recent election are more right wing than ever before, and are quoted saying: “I killed lots of Arabs in my life, and there is absolutely no problem with that” (Naftali Bennett), “parts of Gaza were (proudly) sent back to the Stone Age” (Benny Gantz), and “[Palestinians] who are against us deserve to have their heads chopped off with an axe” (Avigdor Lieberman).

A vision for a shared liberal democracy that ignores the right-wing, settler reality in Israel is a vision determined to fail. A movement of material decolonization must understand that Israel – through mandatory military service – has created a militarized society and crafted statehood through orientalist imaginations and oppression of indigenous Palestinians. Material decolonization will require both a material redress and a mass shift in consciousness over the question of colonialism within Israeli society. Palestinian national liberation should also been seen as a means to liberate those entrapped by the settler-colonial Zionist ideology.

Decolonization must address both the far-right factions of the Zionist settler movement, and the large majority of Israel that has been taught colonial narratives to manufacture consent for and participation in the military occupation.

Our vision must be centered around decolonization, wealth redistribution, and re-education.

Palestinians have compromised enough. With the turning tide in global opinion, now is not the time for us to compromise further, but rather the time is ripe for Palestinians and our allies to remain steadfast and focused on organizing in support of Palestinian national liberation.

It is certainly not the time to abandon our movement for national liberation to negotiate with those trying to salvage the Zionist vision. The Palestinian bourgeoisie has been negotiating away land, rights, and self-determination for long enough. Solutions that demand we accept colonial borders and inequalities, and abandon the right of return and our national liberation struggle are not solutions at all.

The conversation must remain centered around the three demands of the Boycott, Divestment, and Sanctions movement:

Until these demands are realized, political discussions of one versus two states should not be held by or demanded from Palestinians. We cannot negotiate any further without being granted our demands.

Against all odds, Palestinians have resisted colonization for 73 years – using a political strategy of sumud (steadfastness) to remain rooted on the land despite the hardships of living under occupation. In the diaspora, generations of Palestinians who have never been to Palestine, organize in grassroots movements towards liberation and the right of return.

The struggle for national liberation will not waver. The future of Palestine must be decided by all Palestinians upon return to the homeland, in a Palestine that is not under occupation and apartheid.