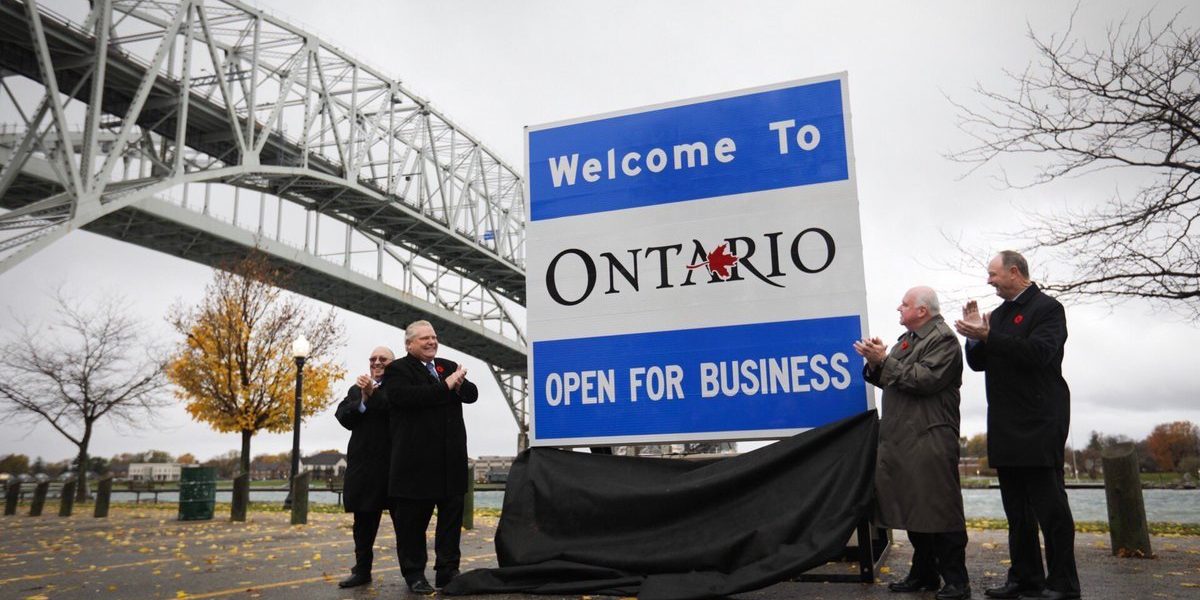 The outbreak of COVID-19 has seen unemployment rates skyrocket and businesses close across Ontario. In response, the government has gone out of its way to appease business owners, whether that means violating collective agreements en masse or refusing unsafe work claims. Now they’ve gone a step further, passing an emergency order that will transfer millions of dollars from workers to their bosses.

Normally the law treats employment as a contract. If your boss breaks that contract badly enough, you can treat the contract as broken by your boss, consider yourself terminated, and sue for breach of the contract. This is called “constructive dismissal” and it can be worth weeks, months, or even years worth of wages to the dismissed worker.

There are many ways your employer could break the employment contract badly enough for this to happen, but cutting wages and hours are common examples.

If you are constructively dismissed you can either go to court to enforce your rights under the common law, or you can file a complaint with the Ministry of Labour which can enforce constructive dismissal rules through the Employment Standards Act (ESA). On May 29 the government of Ontario released an emergency order that says that if your boss cuts your wages or your hours due to COVID-19 you will not be able to treat this as constructive dismissal under the ESA.

So, why is this a big deal – can’t you still go to court and claim constructive dismissal that way?

The problem with the common law, and with the courts, is that it is expensive and difficult to access. Your average worker doesn’t fare well in court without a lawyer to help them, and lawyers can be prohibitively expensive.

The ESA doesn’t give you the same entitlements as the common law – you can only get a maximum of 8 weeks pay. But the advantage of an ESA claim is that it’s much more accessible, easier to do, and doesn’t cost anything. The ESA is a much cheaper alternative, and even if workers don’t end up pursuing constructive dismissal through the ESA very often, the threat that they might do so is effective against employers. It is precisely this cheaper alternative that the Conservatives have removed.

A transfer of wealth

What this really amounts to is a transfer of wealth from workers directly to their employers. Until May 29 your employer would owe you hundreds, thousands, or even tens of thousands of dollars if they changed your wages or hours enough that you could claim constructive dismissal.

Now, after lobbying by the business community, the government has erased this potential debt, and the only way to access this will be the long and expensive route of suing your employer – which the Premier and employers know that most workers will not be able to do.

The ability to insist upon termination pay if your employer cut your wages or hours gave workers a small amount of power – if nothing else getting rid of them was often expensive. But under these new rules it’s easier than ever to get rid of workers who stand up for themselves.

Capital is at its strongest when workers are not protected in their positions and jobs. If your boss can just fire you with no repercussions, then they will try to as soon as you start pushing for better pay, better conditions, and better treatment. Removing ESA protections from workers whose wages and hours are being cut makes it easier for employers to cut pay. It makes it easy for them to always find someone willing to do it for less.

ESA protections are especially important for low-wage workers, who may lack the ability to fight a lengthy battle in the courts. Since so many essential workers are also low-wage workers, this decision by the Ford government seems especially cruel. The Conservative government is attempting to say this will save jobs by saving business owners money and preventing more business closures. But the truth is the government’s emergency change to labour law, which will be in effect at least six weeks after the state of emergency is lifted, will sacrifice workers’ rights and pay for their bosses’ profit.