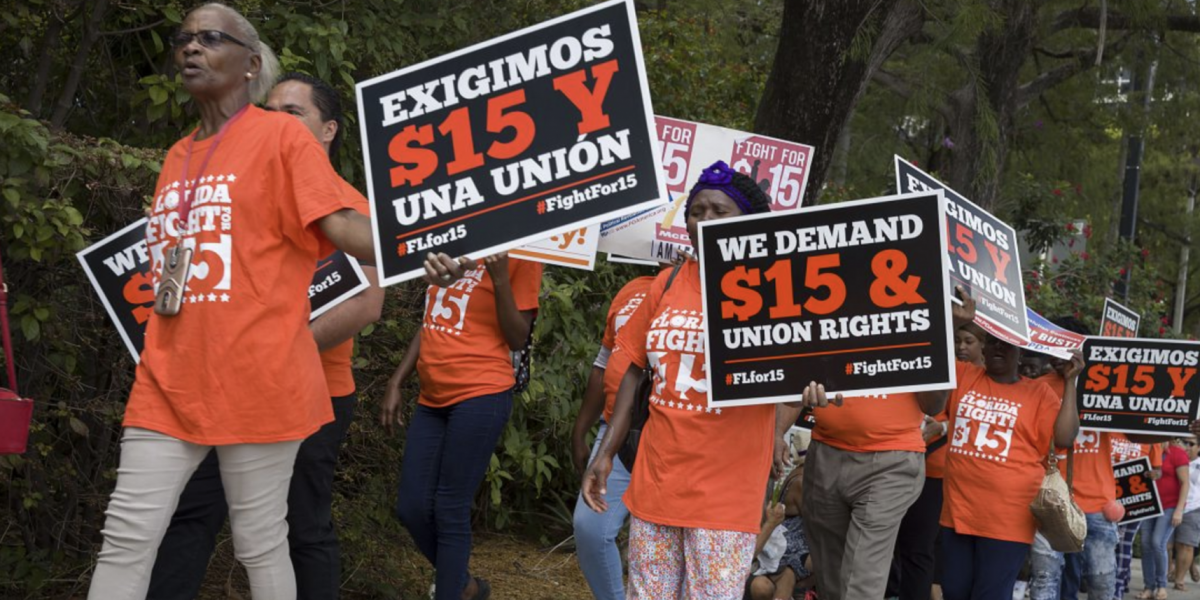 Angie Kim, Senior Finance Director of Loblaw Companies Limited, was recently interviewed by the Ascend Canada Podcast. The podcast, which has the mandate to “enhance the presence, visibility and influence of current and future Pan-Asian business leaders,” spoke to her about how the company has been so successful during the global pandemic. While paying lip service to the “frontline heroes” that keep essential services like Loblaws open, the story being told skims the surface of the racial and class dynamics at play in the story of Loblaws and other businesses flourishing during the pandemic.

Corporations like Loblaws and Amazon that have seen profits and market share soar during the pandemic rely on minimizing wages, benefits and job security for workers. These frontline jobs are disproportionately staffed by racialized workers, women, and newcomers to the country. Combined with low wages and the Ontario government’s lack of paid sick days (workers currently get three unpaid sick days), these workers have to continue putting themselves at fatal risk just to keep their jobs and continue making ends meet.

Much of the podcast focuses on Kim’s time “volunteering on the front lines” during the pandemic. She began working in a downtown Toronto No Frills location 6 days a week. Kim rightfully received a fair bit of attention for being a finance director working at a grocery location during quarantine. But the publicity and conversation surrounding her work amount to not much more than corporate feel-good propaganda.

Angie Kim describes her decision to join workers on the frontlines of Loblaws as a “sacrifice” and says that she was “scared” to be put at risk. She goes on to talk about how “kindness” and “practising gratitude” are what got her through her time doing frontline work. Lost in this narrative of sunshine and rainbows is the decision of her company, along with other major grocers, to end the $2/hour “pandemic pay” bump for frontline workers in mid-June.

Kim’s narrative about the importance of kindness when it comes to frontline work ignores the reality for many grocery workers, whose material conditions aren’t improved by “gratitude.” By Kim’s own admission, frontline work at her own company is “scary.” Maybe “kindness” helped alleviate her fears, but her coworkers who aren’t making management salaries would likely find wages, benefits, and paid sick days far more beneficial. Frontline work might be less terrifying if workers had the time and money to take care of themselves and not be forced to choose between either losing their jobs or catching a life-threatening illness in a pandemic.

That choice, the one that the working class makes every day in absence of paid sick days, is one that Angie Kim never had to make during her brief stint on the frontlines. The story she tells about the frontlines is incomplete without that crucial piece of context.

No racial justice under capitalism

Kim and the interviewer rightly bring up the problem of anti-Asian racism, but without class analysis the discussion rings hollow.

Kim tells the interviewer, “I don’t think we can afford this so-called patience [with racism] anymore because more innocent lives are being hurt.” What she doesn’t discuss is how Loblaws has disproportionately placed racialized workers in harm’s way during the pandemic. By separating race and class, Kim has no way of understanding the fact that her own company’s decisions are endangering racialized workers. She can say that racism is bad, but not how or why it affects the overwhelming majority of us.

Without an analysis of class, Kim cannot grasp that as senior management at Loblaws, she herself is a part of systemic racism: Loblaws’s exploitation of workers, its decision to end pandemic pay, and its callous disregard for frontline workers are all forms of oppression that disproportionately put racialized people at a disadvantage. Capitalism and racism are interwoven logics, and without an understanding of one, Kim cannot understand the other.

Frantz Fanon wrote that when we don’t “break” from background structures of colonial power, the best we can achieve is “white liberty and white justice.” “Justice” that doesn’t break from capitalism tells us that equality is seeing ourselves represented in the boardrooms of the ruling class—that so long as it’s one of us making the call, it’s acceptable for capitalism and racism to kill us. It’s a sham form of “justice” that doesn’t recognize the construction of racialized poverty and the exploitation of racialized and migrant workers as racism. Quite simply, racial justice under capitalism is not justice at all.

Racial justice cannot be reduced to more diversity in corporate boardrooms. Problems of police brutality, anti-Asian scapegoating, racist violence are felt the most by working class BIPOC; the ones on public transit, cleaning the floors, cooking food and walking home to crowded, unaffordable housing.

Fight for workers, fight for our people!

The fight against racism is strongest when we understand racism as a deeply ingrained part of the exploitation of workers everywhere. Our efforts against racism must be aimed at ending capitalist power—the same power that allowed Loblaws to increase profits by 21% this year by endangering their (racialized) workers. This won’t happen by changing the composition in the boardrooms, but by empowering workers on the shop floor.

Fight for paid sick days, fight for pandemic pay, fight for better working conditions, fight to abolish capitalism, police, and prisons. Whether Angie Kim realizes it or not, that is the fight against anti-Asian racism.

Fight for $15 and Fairness is hosting a day of action for paid sick days on July 18. To learn more and register, click here.