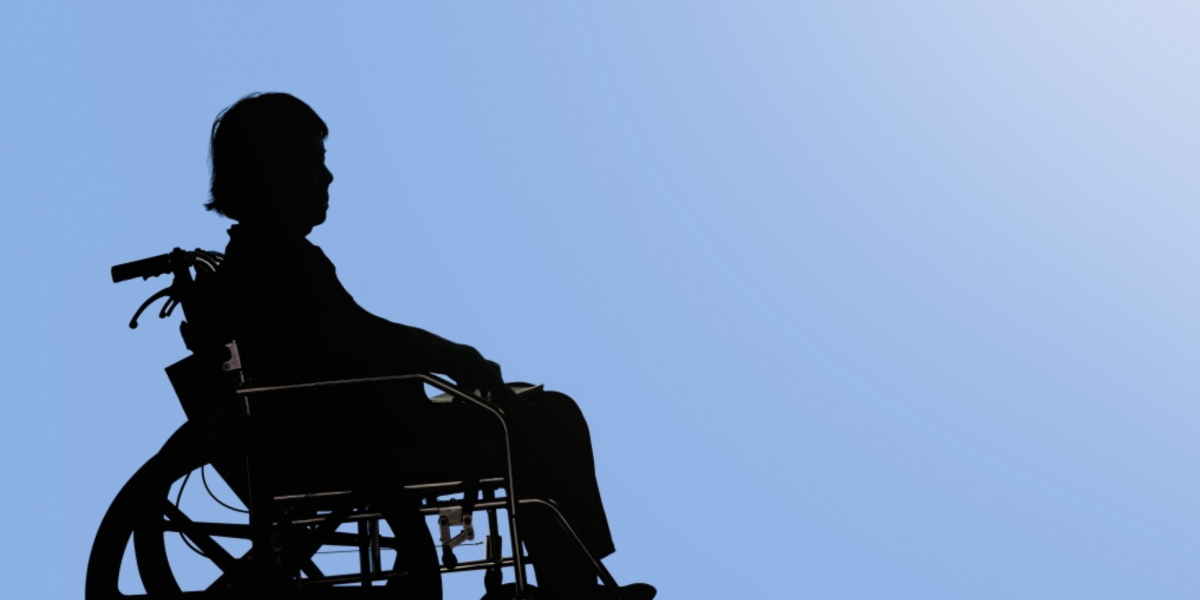 Denise lives with Multiple Chemical Sensitivities (MCS), a condition characterized by symptoms such as rashes, difficulty breathing, and headaches. She notes in the article that her symptoms are usually triggered by cigarette smoke, laundry chemicals, and air fresheners, which put her at risk of anaphylactic shock and, therefore, must always have an EpiPen. She also uses a wheelchair for managing a spinal injury and lives with other chronic conditions. Due to her health conditions, Denise has been seeking to move to an apartment that is wheelchair accessible with clean air, but is unable to afford it.

How is it possible that in one of the richest countries in the world, we cannot afford to house those who need it most? The answer is quite simple: Canada’s government and capitalist forces would rather people kill themselves than make housing a human right. In the eyes of our elected officials and their capitalist bosses, housing is not seen as a necessity of life but a profitable venture worth killing working people, poor people, seniors, and people with disabilities.

Denise’s only source of income is the Ontario’s Disability Support Program: $1,169 a month plus $50 for a special diet. This is the equivalent of only $14,028 annually, and over 60 percent of recipients are single adults who try to get by with $733 per month to cover all expenses. So people under this program live well below the 2021 Ontario poverty line of $26,426.

In the case of Ontario, to add insult to injury, the Ford administration had passed a 1.5 percent cut to planned social assistance and is working towards the privatization of social services, making them both decentralized, harder to qualify for, and harder to obtain. In an interview with the CBC, Anthony Frisina, a disability advocate in Ontario, notes that “$1100 a month is far too low for people to live on,” and the ability to live with respect, honour, integrity and dignity is essentially destroyed.

The tragic and enraging case of Denise is not an isolated incident. Not so long before publishing the story of Denise, another Ontario woman by the name of Sophia living with the same condition as Denise, received a medically assisted death following a refusal by the Government to grant her affordable housing. She was 51.

Across Canada, people’s prospect of death is seen as a preferable alternative to existence under this system. Laura Kane from the Canadian Press also highlighted how the severity of the housing affordability crisis is affecting seniors in British Columbia and how many are being pushed towards financial ruin, homelessness, and suicide. In Alberta, Bill 78 is allowing affordable housing stocks to be sold to the private sector while homelessness continues to rise.

This is a horrifying trend; however, it is a horror that capital interests (i.e. landlords, Real Estate firms etc.) and their foot soldiers from all the political parties and all branches of Government have worked diligently to preserve. The reality is that the commodification of housing accentuated after the neo-liberal reforms of Brian Mulroney and the subsequent Jean Chertein administration eliminated federal funding for social and co-operative housing projects. These trends have only been put into hyperdrive as the housing market remains an endeavour with profit margins too irresistible for the capitalist forces not to exploit.

According to the OECD, Canada ranks in the top ten of price to rent ratio, a measure of the profitability of house ownership. Canada ranks among the top in nominal and real housing prices, including housing rent prices. With a rising trend of financialization, we are seeing capitalists treat housing as a financial speculation tool. In an interview with the CBC, Martine August, an assistant professor from the University of Waterloo, notes that “institutional landlords own 20 to 30 percent of Canada’s rental apartment market, and real estate investment trusts” account for approximately 200,000 rental units countrywide.

Systemic racism also plays a significant role in making sure the current trends persist. A report by the Canadian Mortgage and Housing Corporation (CMHC) notes that racialized families were twice as likely to live in homes where major repairs are required, and residents don’t have the means to move to a good unit in their community because of restrictions due to factors such as affordability and access. The paper further states that 25 percent of racialized households live in unaffordable homes.

The political forces in charge, from the Institutional landlord Industry to landlord politicians, are incapable of solving this crisis. They would rather offer medically-assisted death than raise social assistance rates or provide affordable housing.

But the policy alternatives are there. From co-operative housing, rent control, promoting fairer policies on vacant housing, banning renovictions and evictions, increasing funds for social housing, reforming zoning laws to ensure long-term affordable housing projects, and organizing and mutual aid. Small scale efforts are needed to not only bring forth some change, but let our neighbours know they are not alone, and that we care about them. However, attempts at changing the structural conditions that brought about this brutal reality cannot come to fruition without the political will of the masses: organizing our community, talking to our co-workers, joining and organizing tenants’ unions such as Acorn Canada.

These are only some efforts that have the potential to put significant political pressure to achieve the material change we need. We have to recognize that in the face of this systemic violence on the part of capitalist forces and their political pawns in Parliament, only labour militancy and solidarity can help us resist this state-sponsored social suicide campaign against those the whom the forces in charge regard as expendable for the sake of profit.