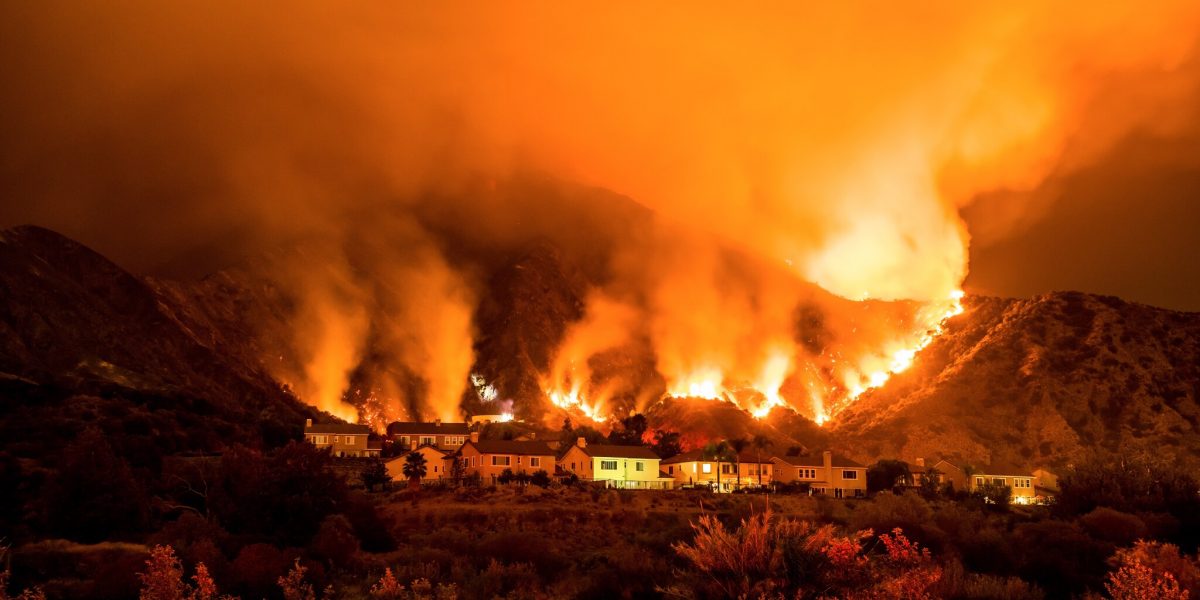 The  2018 Intergovernmental Panel on Climate Change report said that humanity had exceeded global warming of 1C above pre-industrial levels and is set to reach 1.5C warming between 2030 and 2052. The report challenged governments to introduce policies to drastically and rapidly reduce fossil fuel use, thereby decreasing carbon dioxide emissions and global warming. It acknowledged that change would be difficult but certainly not impossible.

While greenhouse gas (GHG) emissions slowed down slightly in the first part of 2020, due to the pandemic, they have already begun to edge back up to late-2019 levels. There is a debate among scientists about the long-term impact, namely how “baked in” this warming will be. Nor do we know with exact certainty how feedback loops will impact the planet. Suffice to say, every increment matters, for better (with less of a temperature increase) or for worse (at the current rate of increase).

The climate crisis is here

The last ten years have been the hottest recorded decade since 1880. In 2020, our average temperature was 1.02 degrees Celsius warmer than the baseline 1951-1980 mean, tying 2016 as the warmest year on record, according to a climate analysis published by NASA and the US National Oceanic and Atmospheric Administration.

The effect of decades of high emissions means that the destructive effects of climate change are a real and present danger, not some potential threat down the road. Millions are experiencing the negative fallout from unprecedented waves of hurricanes, floods, wildfires, ocean acidification and drought – all of which are signals that capitalism is continuing to breach habitable planetary boundaries.

These phenomena also further impoverish the Global South, increasing dislocation and forcing people into often hostile, racist environments in the Global North. The destructiveness of capitalism is definitely “baked in” as “success” relies on continuing competition and accumulation of profit, which in turn relies on ever-growing exploitation of people and the planet’s resources.

As evolutionary biologist Rob Wallace has pointed out, ongoing deforestation and industrial agriculture will lead to another pandemic sooner or later – with all the resulting stress on the economy and the lives of workers with the most precarious jobs (like cleaners, personal care workers, food industry workers), most of whom are racialized.

Governments’ relatively quick emergency response to the pandemic, their willingness to incur large deficits, demonstrates the lengths they will got to keep the economy going. This highlights the underinvestment in areas that will transition us to a fossil-free future and shows the continued reliance of capitalism on fossil fuels.

Corporations never want to appear to be harmful, so there is much rhetoric around moving towards sustainability.  Given the hit to oil prices from both the pandemic slowing down the economy and pre-pandemic overproduction, we are beginning to see the appearance of oil companies’ stranded fossil assets. An August 2020 article in Bloomberg states:

“The world’s biggest oil companies began to slash the value of reserves and current projects in 2020 as some fields became unprofitable to drill. Total SE wrote down about $7 billion of Canadian oil sands assets in July, while Royal Dutch Shell Plc  took a $4.7 billion hit  in the second quarter relating to assets in North America, Brazil and Europe and a project in Nigeria. Exxon Mobil Corp. warned in August that low energy prices may wipe as much as one-fifth of its oil and natural gas reserves off the books. Chevron Corp. said it expects to revise its reserves down about 10%, mainly in the Permian Basin straddling Texas and New Mexico, and in Australia.”

But in the main, these companies just can’t help themselves from stealing as much profit as they can, while they can. The Guardian reports that BlackRock, the world’s largest asset manager, holds investments worth $85bn in coal companies (out of its $7 trillion asset portfolio), a year after it promised to sell most of its shares in producers of the fossil fuel. Even as the world’s top oil and gas companies talk earnestly about creating zero emissions targets, 27 of the 30 largest still link executive bonuses to fossil fuel production, says a recent report by Carbon Tracker. British Petroleum plans to return to Nova Scotia in search of offshore oil, in spite of local opposition and a major oil spill in the area a few years ago. The Council of Canadians is working with others to stop this latest BP incursion as part of an overall moratorium on offshore drilling.

In April 2020, Royal Dutch Shell publicized plans to become a “net-zero carbon company” by 2050. But the plan’s focus is on the carbon intensity of its operations—rather than absolute carbon reductions—which will lead to a dangerous reliance on unproven carbon removal technologies, according to company critics. Corporations with terrible histories of environmental and cultural destruction are turning their eyes to renewable energies as new avenues of investment. Much like LNG, the ways these energy infrastructures are built and designed are focused on extracting as much material and profit from the earth, disregarding the impacts on surrounding people or environment.

The same is true for efforts to capture and dispose of excess CO2. “Direct air capture” promises to filter existing carbon dioxide out of the air, whereas “point-source capture” supposedly grabs carbon dioxide from smokestacks. Oil and gas companies are touting this as green energy, however, scientists who reviewed 200 studies on this topic now estimate up to 81 per cent is used in a process called “enhanced oil recovery”, extract remaining oil from an oil field. Climate geoengineering is being financed by the private sector, including people like Bill Gates who seems particularly fond of “sun-dimming” technology. The research is completely out of public control and nothing has yet been designed that is realistic or affordable to help solve the climate crisis. In many cases the outcomes are unknown or, worse, known to be more dangerous than carbon emissions.

The state won’t divest from capitalism

While some institutions, notably Norway’s Government Pension Fund Global, are beginning to hedge their bets by investing more in renewable energy and reducing their investment in fossil fuel developments, their stake in the current industry is vast. Big banks and financial institutions continue to finance the fossil fuel industry. In response to recent letters from across the country requesting the Canada Pension Plan divest from fossil fuels, CPP replied in fox-in-the-hen-house fashion:

“We are confident that major investments supporting the shift over time to lower-carbon energy sources will come from companies that currently derive most of their revenue from hydrocarbons. We are already supporting and directly partnering with companies in the development of solutions and strategies that meet our investment thresholds, including renewable energy.”

Relying on the industry to solve the very problem it created speaks to the level of fossil dependence in many institutions.

Governments continue to act as business’s executive committee. The federal government offered $320 million was offered in September 2020 to bolster Newfoundland and Labrador’s offshore oil industry. This is of a piece with Alberta government’s approval of plans to expand coal mining in the province and its $1.5 billion gift to the Keystone XL pipeline now cancelled by Biden. Even the NDP is in on the action where we see the BC NDP government cheerleading the Coastal GasLink pipeline, Wet’suwet’en rights be damned. Of course the country’s largest white elephant, the TransMountain pipeline, continues with construction, despite massive opposition and clear undermining of any meaningful emission goal.

In Ontario, according to the Ontario Clean Air Alliance, Ford’s ramping up of reliance on gas means that  “(GHG) pollution from Ontario’s gas-fired power plants will increase by more than 300% by 2025 and by more than 400% by 2040….If this occurs, Ontario will lose 35% of the pollution reduction benefits it achieved by phasing-out its dirty coal plants.”

In an effort to distract from these counterproductive moves, the federal government throws spare change towards its public goals of reaching net emissions by 2050. A good example is with its funding of building retrofits to reduce energy use. The business-focused Task Force for a Resilient Recovery showed that $26.9 billion would be needed over five years for “mass, deep energy retrofits,” yet the government would only commit to a mere tenth of this, $2.6 billion, and over seven years.

According to the Climate Change Performance Index Report , Canada ranks 58th globally as one of the worst-performing countries for climate action. In Doubling Back and Doubling Down: G20 Scorecard on Fossil Fuel Funding, among OECD countries Canada is the worst in terms of the scale of its support to the fossil industry ($14.3 billion 2017-2019), and worst in progress in phasing out this support over time. Will this change with the latest climate legislation and plans put out by the federal government (i.e. Climate Accountability Act and A Healthy Environment and A Healthy Economy climate plan)?

Climate justice groups are more than dubious. They are unanimous in their criticism of the government climate (in)action plans, along the lines of “way too little, way too late”. There is a pent-up amount of activism waiting to burst forth, strengthened by the defeat of Trump and bolstered by the continuing confidence of Indigenous leaders and anger with capitalism’s unrelenting destruction of the planet.