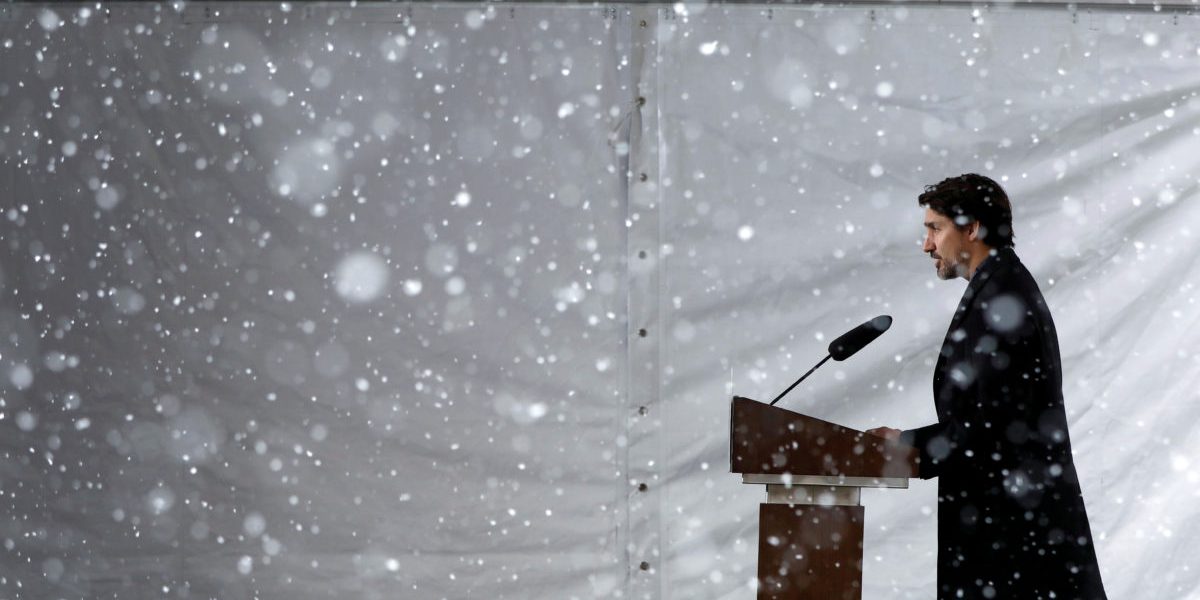 Trudeau’s new climate plan makes some positive promises, but leaves much to be desired.

Trudeau’s new “Healthy Environment Healthy Economy Plan” will invest a total of $15 billion into the following categories; Building Retrofits, clean and affordable transportation and power in every community, increased carbon tax/ carbon pollution pricing, building clean industries, and harnessing the power of nature to fight the climate crisis. The plan also touched on the solidarity and funds required for Indigenous communities as they are disproportionately affected by the climate crisis and have for their entire history fought for the protection of land, water, and air.

As someone who is alarmed about our climate, seeing a plan this drastic put forward by our current government was unbelievable to experience. However, there are issues to this plan that are unacceptable and should be modified to successfully combat the climate crisis.

My first issue with this plan is the time frame. Trudeau’s Nationally Determined Contribution (NDC; national required GHG emission reduction targets implemented under Paris agreement) is to reduce emissions by 30% below 2005 levels by 2030. The plan also repeatedly states they strive to have net-zero emissions by 2050. If Trudeau’s government knows how imperative it is to limit the global temperature rise to 1.5 C, they would know that these time frames are far too lengthy. As the IPCC states, “Under emissions in line with current pledges under the Paris Agreement (known as Nationally Determined Contributions, or NDCs), global warming is expected to surpass 1.5°C above pre-industrial levels, even if these pledges are supplemented with very challenging increases in the scale and ambition of mitigation after 2030 (high confidence).”

The IPCC also states that to maintain a 1.5 C temperature rise, we must reach net-zero CO2 emissions by 2050 globally, paired with immense reductions in non-CO2 GHG emissions. If Canada wishes to be a “leader” in the transition to a green economy, as it’s frequently stated in the Healthy Environment Healthy Economy Plan, then we must strive for net-zero emissions nation-wide well before 2050. The IPCC makes clear that the earlier we make deep CO2 reductions, the less uncertainty there will be concerning the environment/climate outputs due to our emissions. It is evident that Trudeau’s emission targets are far too minimal if we wish to stay below 1.5 C global temperature rise from pre-industrial levels and avoid chain reactions of positive feedback loops in Earth systems that will be uncontrollable by human action and will send us spiralling towards mass extinction.

Climate refugees, food and water scarcity, an influx of flooding, deadly heatwaves, droughts, wildfires, and severe weather events just scrape the surface of what surpassing 1.5 C will look like. We should ask all our politicians, why are they not terrified of this? Why aren’t they choosing to take every measure possible to save hundreds of millions of people from suffering beyond what we can ever imagine? It has been proven time and time again through relentless research that to resolve climate change, systemic change is needed. This unrealistic goal of attaining eternal economic growth is putting wealth before the wellbeing of people, and I refuse to sit back and watch capitalism kill our planet and its inhabitants.

The second issue is the total investments. Trudeau’s plan exaggerates Canada’s position as global leaders in the transition to a green economy/industry, however, according to Dale Marshall, a national climate program manager for Environmental Defence Canada, our investment of $15 billion is but a fraction compared to the investments of other countries on a per capita basis. Canada would need to invest around $270 billion if we wish to invest what the United States or the European Union are investing on a per capita basis. Though Canada may not be able to cough up 270$ billion on the spot for mitigating the climate crisis in our nation, the $15 billion investment reflects the government’s hesitation to put forward the necessary investments to combat the most drastic crisis to face our planet. It also should be noted that $15 billion is less than the  $16 billion that the Canadian government spent on the Trans Mountain pipeline which leads me to the most frustrating part of this plan, which concerns the fossil fuel industry.

Trudeau’s plan lays out their steps to switch to renewable energy and clean industry, but nowhere do they mention phasing out oil and gas, which account for 37% of Canada’s total CO2 emissions. How could Trudeau’s government expect to have a successful transition to low carbon/zero-emission fuels by investing $1.5 billion, if they refuse to phase out oil and gas, which accounts for more than a third of our Country’s emissions and has had devastating impacts on our air quality, water quality, and deforestation? It is illogical. Whatever eco-conscious actions that are being taken within the fossil fuel industry under this plan will be completely overshadowed by the continuation of the destructive investments in the oil and gas industry.

We should have a healthy skepticism of Trudeau’s latest climate plan. But, we should also acknowledge the tireless activism of Indigenous communities and other climate activists that have pushed the government to take the first crucial steps forward in fighting the climate crisis. Unfortunately, I worry that these steps fall short of what is required to limit the catastrophic effects of our warming climate, but I will continue to put pressure on our politicians so we can make the correct adjustments that Canada’s climate plan needs. I, along with millions of other climate activists will fight for our future, no matter how long it takes.