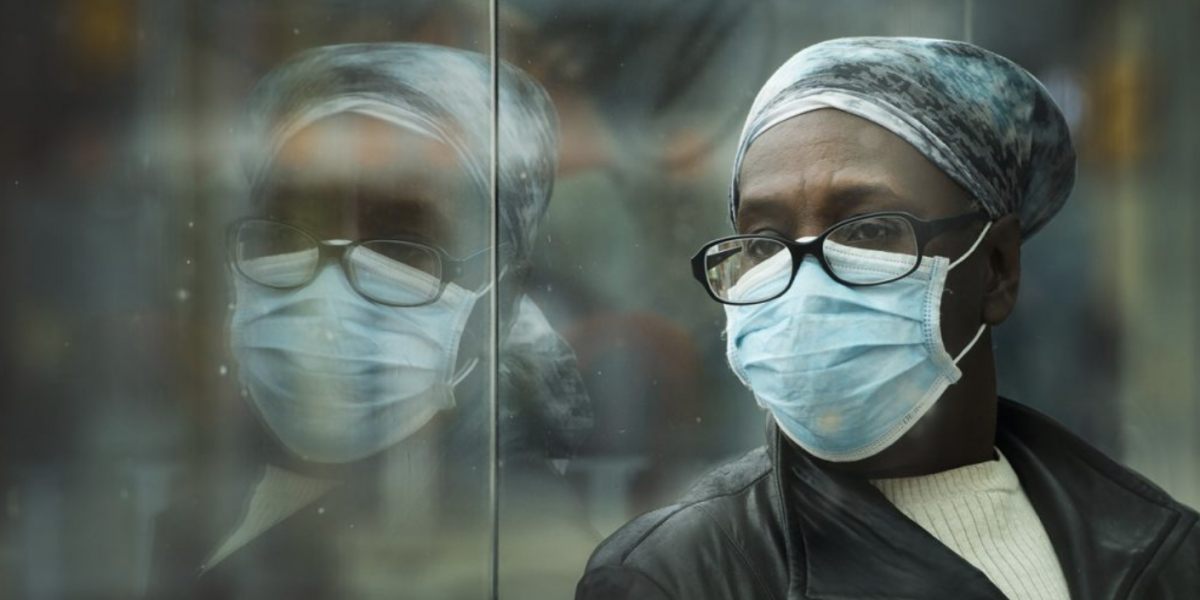 COVID-19 began with the slogan that “we’re all in this together” but the virus and economic crisis have instead worsened pre-existing inequalities. For months, communities disproportionately affected by the pandemic have demanded accurate data. As Angela Robertson, executive director of the Parkdale Queen West Community Health Centre, explained in April:

“As much as we have critiques of the health-care system in America, they have done data collection, they can disaggregate by race within health care. We in Canada have been glacial in our movement in the collection of race-based data in our health-care system. As a result we will not be able to identify the disproportional access challenges, deaths, illnesses that Black communities will experience as a result of COVID-19.”

As of July, the monthly Labour Force Survey now asks respondents aged 15 to 69 to which ethnicity/racial grouping they belong, respondents being able to designate themselves as White, South Asian, Chinese, Black, Filipino, Arab, Latin American, Southeast Asian, West Asian, Korean, and Other as per the definitions of “visible minority” in the Employment Equity Act. On September 4, Statistics Canada published its monthly labour survey report, revealing that racialized and migrant workers have been disproportionately exposed to COVID-19 as essential workers, and are at a greater risk of unemployment from the economic crisis.

Occupational risk emerged as a critical factor in COVID-19 infection. People who are racialized and/or are immigrants, especially women, were more likely to work in public-facing jobs and in precarious positions characterized by low wages, temporariness that is often contractual or seasonal, instability, a lack of security, and a lack of pensions and benefits such as emergency or sick leave. These positions included health and social care work, driving public transit, custodial work, and retail/grocery work. Immigrants were also more likely to work in spaces that limited the ability of workers to physically distance and that did not initially guarantee personal protective equipment universally, such as plants and factories.

In the 2016 census it was found that racialized workers have higher than average numbers in sales-and-services related occupations and a lower than average presence in management and trades-related occupations, meaning that they were less likely to be able to work from home and socially distance. Racialized workers comprised 21% of the workforce in 2016 but had higher than average presence in essential worker occupations, including food manufacturing, grocery store work, health and personal care, transit and transportation, couriers, warehousing, waste management and daycare.

The relatively small change in the year-over-year unemployment rate among Black and Filipino Canadians is thought to be partially attributable to their overrepresentation in health care and social assistance—essential services through the pandemic. In July 2020, 20.3% of Black Canadians and 23.6% of Filipino Canadians worked in healthcare and social assistance in comparison to 13.7% of all workers. Overall 35.8% of Canada’s 245,500 nurse aides, orderlies, and patient service associates in 2016 were immigrants, the majority of whom were women. A quarter of these immigrant nurse aids, orderlies, and patient service associates were Black women. Ontario and Quebec nurse aides, orderlies, and patient service associates working in long-term care in particular were vulnerable to COVID-19, which also put their communities at risk of the pandemic. Personal protective equipment was not guaranteed for healthcare workers by currently standing labour laws, and workers in long-term care homes and homecare workers were left more vulnerable to infection.

Care work is made more dangerous by the conditions caused by privatization and underfunding. In Canada, nursing homes were an epicenter of the pandemic. In 2015, Ontario had fewer hospital beds than all OECD countries except for Chile and Mexico, the result of hospital restructuring in the province in the last three decades due to the most dramatic hospital funding cuts in the developed world. Due to these cuts, those who would have been held in hospital beds in the past few decades increasingly have been assigned to for-profit long-term care homes. The logic of for-profit facilities demands cost-cutting measures which create fertile grounds for precarious, insecure, and unsafe work for its employees: 58% of long-term care homes in Ontario are for-profit facilities, which one study has linked to higher rates of hospitalization and mortality.

Migrant workers were disproportionately represented in essential industries that continued through the pandemic. Their labour is central to the economy, but because they are denied status and basic labour rights their workplaces have become epicenters of the pandemic in Canada. In Alberta, meatpacking plants with COVID-19 outbreaks were staffed mostly by temporary foreign workers. Alberta is, as of July, the province with the highest infection rate per capita. Meat product manufacturing’s overall workforce is 41.7% racialized. The Harmony Beef meat-processing plant north of Calgary has seen two COVID-19 outbreaks as of September. Case Ready Meats, owned by Cargill, had an outbreak in August, and Sofina Foods/Lilydale poultry processing plant in Calgary did as well in the same month.

The Cargill meat-processing plant in High River, Alberta had what is likely the most notorious COVID-19 outbreak in Canada thus far. It was the largest single site of a COVID-19 outbreak in Canada and the largest single workplace outbreak in North America as of August 14, occurring in late April. 1,560 cases were linked to the outbreak and three died. The second largest outbreak in Canada at the time of Cargill’s High River outbreak occurred at another meat-packing plant owned by JBS in Brooks, Alberta; the two plants at the time of the outbreaks in April had higher recorded rates of infection than the provinces of Saskatchewan, Manitoba, New Brunswick, Prince Edward Island, and Newfoundland and Labrador combined. Cargill and JBS together oversee operations that account for 70% of beef production in Canada.

A Globe and Mail investigation of the outbreak found that health and safety protocol was not universally enforced in a timely manner; employees were not required to wear masks and/or use face shields until mid-April and this personal protective equipment was not necessarily provided by the employer though staff reported seeing the management wear it. Workers also reported that they were not encouraged to self-isolate and said that they were cleared to work even though they had traveled recently abroad, did not complete isolation periods, received positive test results for COVID-19, and displayed symptoms. Some employees who were absent due to the pandemic received up to 80 hours of their regular pay, but those that were ineligible for this initiative were told that they would be temporarily laid off without pay if they were unwilling to work and were offered a $500 bonus for working eight weeks consecutively without missing a shift.

In Ontario, COVID-19 outbreaks occurred in large numbers among migrant farmers and resulted in multiple deaths of temporary foreign workers.  In Ontario, over 1,300 temporary foreign workers on farms have tested positive for COVID-19 and three died. Workers reported being unable to sufficiently socially distance to prevent the spread of COVID-19, while also being underfed. Human rights lawyer Susanna Quail stated that, in the case of migrant farm workers, their workplaces are also where they temporarily live. This makes them vulnerable to worker exploitation, which during the pandemic would mean not having health and safety measures enforced, or even enacted to begin with. Quail says “it would mean that a migrant worker has no access to advocates who might assist them if they’re experiencing abuse or exploitation. It would mean that a migrant worker would have no ability to go to a store and buy a mask if they’re not receiving sufficient protective equipment in their employment.”

Part of the unemployment rates among visible Canadians who are visible minorities reflect their concentrations in industries that were harder hit by the pandemic. For example, the hardest hit industry by the economic downturn was the food services industry, which saw a 50.0% drop in employment from February to April; 19.1% of Korean Canadians, 14.2% of Filipino Canadians, and 14.0% of Canadians are employed in the accommodation and food industry—the highest rates of all racial groups—in comparison to 5.9% of Canadians who are not a member of a designated visible minority group and do not identify as Indigenous.

The scale and disproportionate impact of the pandemic—which are finally being acknowledged—make it clear that precarious work and capitalist crisis, lack of paid sick days and lack of status, and anti-Black and anti-Indigenous racism are threats to public health. The latest data emphasize the growing demands for paid sick days, status for all, and that Black and Indigenous Lives Matter.