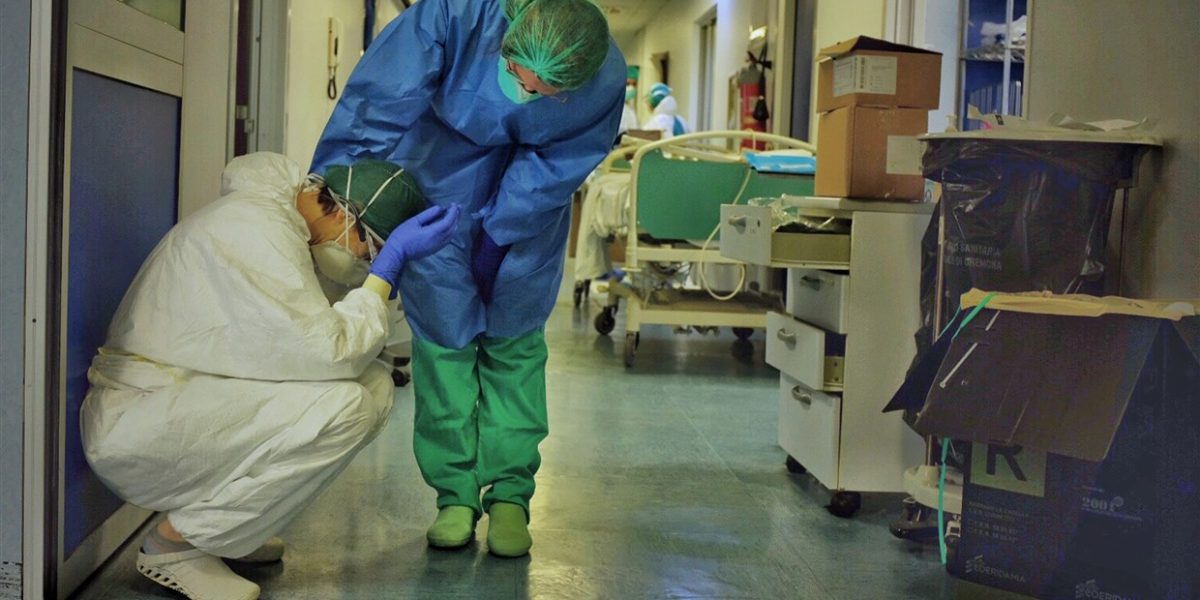 The impact of the COVID-19 pandemic has been severe in Italy, particularly in the northern region of Lombardy. Spring Magazine spoke with Stefano Agnoletto, an Italian historian and economist, about how health policies in the years before the pandemic undermined emergency response, and how workers have fought back.

Canada already has overcrowded hospitals after decades of cuts, and people are very worried we will face a health crisis like in Italy. What was the state of the public health system before coronavirus, how did that contribute to the current crisis, and have there been demands to expand public healthcare?

In 1978 the National Health System (NHS) was born in Italy. A universal model of health protection for all. The NHS was the result of years of mobilizations and struggles for the right to health. In 1981, three years after the birth of the NHS, there were about 530,000 beds in Italian hospitals. In 2017 there were approximately just 215,000 beds. In addition, the burden of private health has increased significantly at the expense of public health. What has happened in Italy since the 1990s has been a process of systematic demolition of the NHS with privatizations, corporatization of public health and regionalization of the national system

Media around the world called Coronavirus a “Chinese virus“, and the far right have been using the pandemic to scapegoat the Chinese community. Italy banned flights from China but now has the most cases outside of China. How did xenophobia affect the initial response to coronavirus, and what kind of anti-racist responses have there been?

I believe that in Italy two phases can be identified. Until February 22 and the first case of officially infected Italian (in Codogno in Lombardy) there were phenomena of anti-Chinese racism. After the context has changed and indeed China is often represented as a model to follow. The fact that various medical aids came from China also contributed. Clearly, some political areas try to exploit rampant racism even in this dramatic phase. For example, asking not to land immigrants arriving across the Mediterranean because “now we have to help the Italians.”

Many countries are closing schools without implementing childcare, and there have been reports that this may have contributed to infections among Italian elders. What are your thoughts?

Quarantines and lockdowns can mean workers losing their wages or jobs, or having intense pressures at work. Workers in the US have won some access to paid sick days, and this is an ongoing demand across Canada. What was the state of workers rights in Italy prior to coronavirus, and how are workers in Italy responding to the crisis–including those prevented from working, and those under intense pressure to work like in hospitals.

The problem is that the Italian labor market had already undergone a process of mass insecurity in recent decades. In this situation, a battle is difficult to defend the rights of all. Three aspects can be identified:

Is there anything else learned from the Italian experience with coronavirus so far, both the health crisis and the response, that the left in Canada should know?

I want to highlight one aspect: Italy (and Lombardy in particular) has paid for the deconstruction of the public health system. The privatization and corporatization of the NHS meant the reduction of prevention and made the system unprepared for Coronavirus. Private health care is structurally inadequate to deal with these crises because it focuses on the treatment of a single disease, not on prevention and intensive care. Furthermore, the centrality of profit also in the NHS has disarmed us against Covid 19. This is despite the splendid work that doctors, nurses and all workers in the health system are doing every days. They are struggling for all despite a system destroyed by decades of neoliberalism.