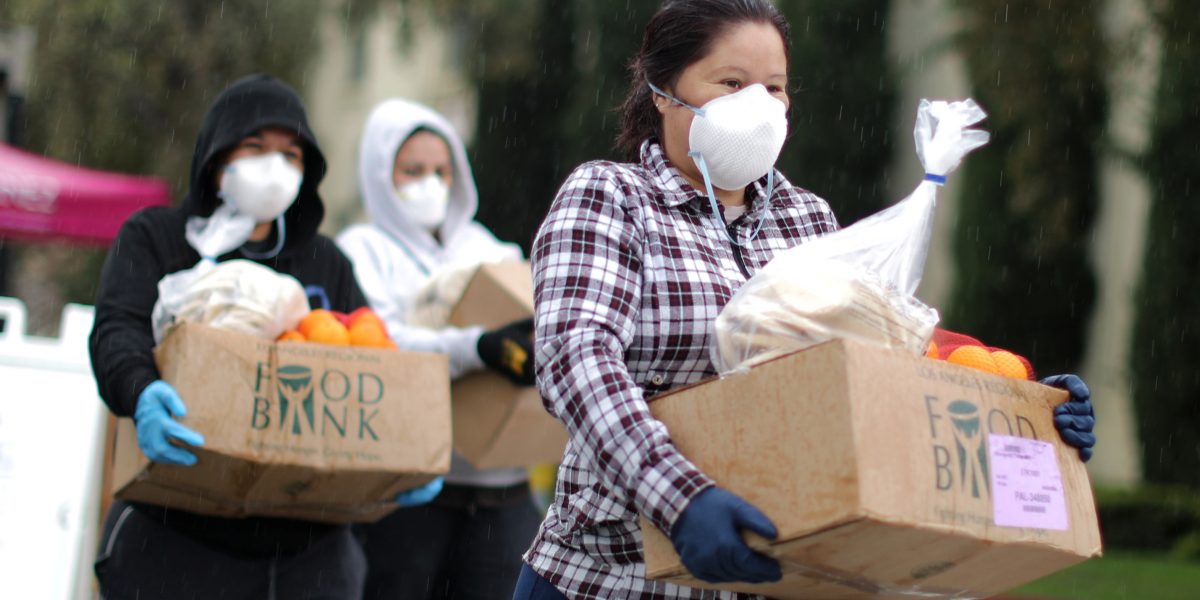 We all remember this oft-repeated phrase at the beginning of the pandemic two years ago. As an anthropologist, I had hoped for the true human nature of our species—cooperation, equity and solidarity, the qualities and values that largely defined homo sapiens for millions of years prior to the rise of capitalism 500 years ago. Boy was I wrong. Capitalist values, inequality and historic racial and gender divisions have ensured that we are not “all in this together.”

When we eventually take off our masks and realize who is responsible for our survival, an honest person will know that it was front-line workers, often lacking a decent wage, paid sick days and job security who must get (and take) the credit. Commonly and predictably women and workers of colour. It was the grocery store workers, the nurses, the warehouse labourers, the educators, the delivery/truck drivers and others similarly positioned in the lower levels of income and unionization. Workers without safety net protections are the residents among us who toiled for a pittance through it all and ensured our survival.

The ruling class (bankers, CEOs, corporate owners, coupon-clippers alike) did not save any of us. Tell everyone you know to realize that pandemic fact. Instead, their stock options increased and their profits soared as they received government subsidies, COVID bailouts, etc. In the US, it is estimated that the wealth of US billionaires increased by $1 trillion in 2021 alone. In Canada, for example, while the Weston empire took back the initial $2/hour increase from its workers, it then introduced and expanded physical space for more self-checkout registers to encourage consumers to believe they are there for our convenience. No, they are there to reduce Loblaws and Shoppers Drug wage costs; one such machine costs the boss around $40/year to maintain — far less than what one checkout worker makes in one day’s work. These living workers will decline in numbers as the customer effectively does the work of the employer.

So, what do we make of this from the perspective of political economy and social science: we learn that the neo-liberal jargon of the “middle class,” and everyone’s supposed concern for same, is now laid bare for all (who want) to see. The “middle class” is a mythical concept introduced in the halls of academe and corridors of government decades ago as a not-so-clever means of avoiding reference to the age-old realities of capitalism: the “ruling class” and the “working class.”

Parents, please tell you children the truth: the working class kept us alive, while the ruling class just got richer. Doug Ford worried more about the fate of his friends like Mike Harris in the privatized long-term care sector while also imagining a new 400 series boondoggle highway for his developer friends and contrary to environmental protections.

Capitalism insists that we are not (and never can be) “all in this together.”

Come to think of it, these same realities describe what happens even in the absence of a pandemic. The world is just waking up to that truth.