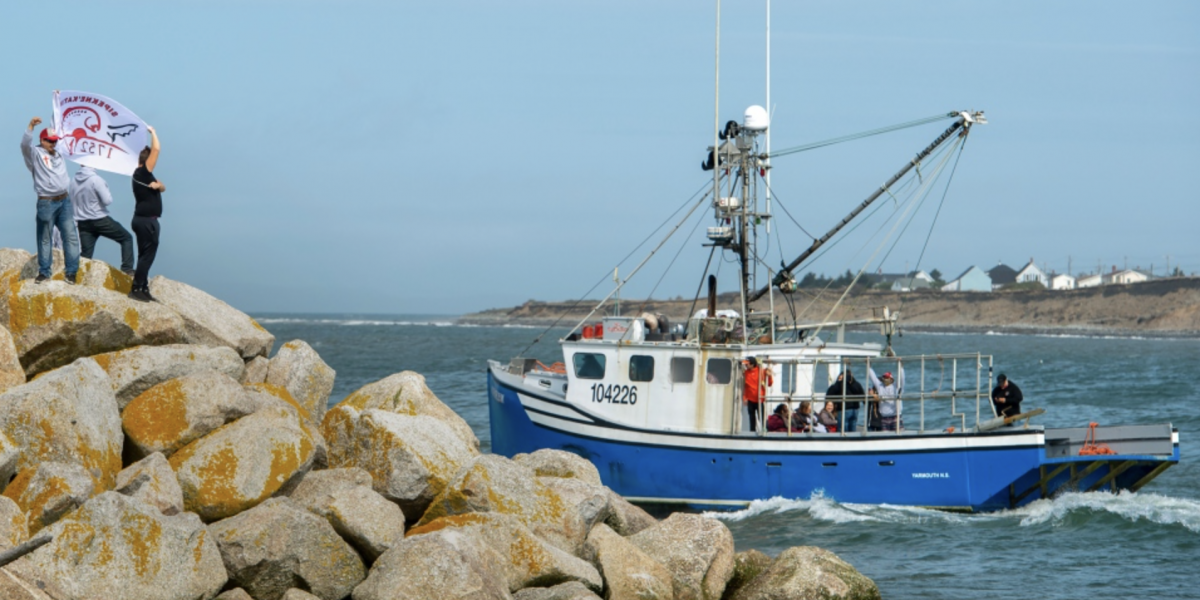 I want to start off by saying that I myself am a white settler. I have had the privilege to grow, learn and live in Mi’kmaqi (Nova Scotia) for my entire life. I am no expert on the matter, but as a writer for Spring Magazine I wanted to use this platform to bring attention to rising tensions in Nova Scotia around respecting Treaty rights, specifically the right to fish to earn a moderate livelihood. If you are not familiar with what is going on in Mi’kmaqi allow me to catch you up.

I will first start by introducing the R. v. Marshall case which occurred in Nova Scotia in 1999. This case involved the Treaty right to fish which started when Donald Marshall Jr., a Mi’kmaw man from Membertou First Nation in Sydney Nova Scotia, was arrested in 1993. He was arrested for catching and selling eel without a licence, with an “illegal” net, and during an off-season. He was then wrongfully charged under the federal Fisheries Act and the Maritime Provinces Fishery Regulations and was found guilty on all three counts in the eyes of the colonial judicial system. From its foundation, the Canadian state is based on denying Indigenous sovereignty and criminalizing Indigenous communities–from the Indian Act banning the potlatch and denying traditional governance, to the pass system controlling mobility, to residential schools banning Indigenous languages, to the child welfare system removing Indigenous children, to the court system disproportionately incarcerating Indigenous people.

However, in 1999 the Supreme Court of Canada reversed this decision. The Supreme Court finally recognized Treaty rights, specifically under the Peace and Friendship Treaties which all Nova Scotians are a part of. It should be noted that these Treaty rights are also protected under section 35 of the Constitution of Canada. Despite the court reversing Marshall’s convictions, a “moderate livelihood” has never been defined by the courts, leaving many Mi’kmaq to question what this means, and why the courts have failed to provide a definition 20 years onward.

Taking matters into their own hands

Due to the lack of transparency and governments failure to cooperate with the Mi’kmaq to define what a moderate livelihood looks like, Mi’kmaq fishers decided to take matters into their own hands. As Robert Syliboy explained, “Our band is behind us, everyone’s behind us, and we’re not taking no for an answer. The government’s got to come to the table. It’s been long enough. We’ve waited long enough.”

Thus, a self-regulated fishery was born thanks to Sipekne’katik First Nation. Exactly 21 years after the historic R. v Marshall decision was upheld by the Supreme Court of Canada, Marshall’s son Randy Sack was given the first fishing license.

Despite many supporters coming out to celebrate this momentous day at the Digby Warf, there was trouble there to meet them. Many settler fishermen arrived at the Digby Warf where the first licence was to be awarded and ships were to be launched, and they were there to protest what they viewed as “illegal activity” despite these claims holding no semblance of truth. These settlers, fueled with rage, ignorance, and greed, made it their mission to disrupt this celebration of Treaty rights and Mi’kmaq heritage. These protestors were undeniably fueled by racism, with some showing up with signs asking “where is your status card?” White settlers policing the identities of Indigenous peoples is sadly nothing new in this country.

The blatant racism was further shown online, with Facebook user Charles Chamberlain arguing that residential schools, a concrete example of cultural genocide, should still be occurring today. He then called Indigenous folks “demon spawns that are always getting into trouble with the law” a disgusting example of racist sentiments. This racism has also led to outright violence, with local fishermen protesting by shooting flares at boats, cutting nets, and blocking Mi’kmaq boats into the harbour. This violence is all too reminiscent of the Burnt Church Crisis and has become so intense that the Assembly of Nova Scotia Mi’kmaq Chiefs have declared a state of emergency. Perry Bellegarde, National Chief of the Assembly of First Nations, raised the alarm and contacted Prime Minister Justin Trudeau to state that he would always stand up for Treaty rights.

This argument of caring about “conservation” is especially audacious considering that many Mi’kmaq practice the concept of netukulimk:

“Netukulimk is the use of the natural bounty provided by the Creator for the self-support and well-being of the individual and the community. Netukulimk is achieving adequate standards of community nutrition and economic well-being without jeopardizing the integrity, diversity, or productivity of our environment.” (UINR)

This deeply rooted concept is one unfamiliar to settlers who, as history and present day shows, have little to no regard for mother nature.

We are all Treaty people

At the end of the day Mi’kmaq peoples are looking to sustain themselves, their families, and communities, and they have every right to do so. Yet military personal and vehicles are being ushered in and local settler fishermen are still making threats, all because the Mi’kmaq simply wanted to exercise their Treaty rights. This is not about conservation, this is not about illegality, this is about the pervasive racism that exists across Canada and here in Nova Scotia. Whether settlers like it or not, we are all Treaty people, it’s time to act like it.

To show support you can donate funds via e-transfer to the following emails with the message “donation”: