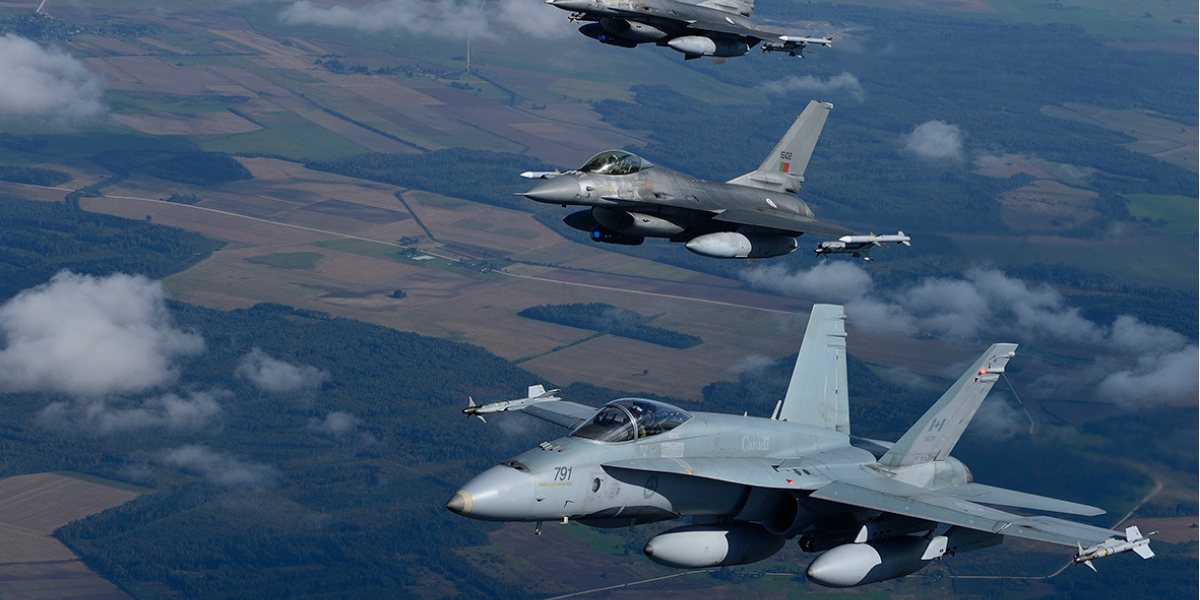 A startling about-face on fighter jets highlights the Liberals deference to Lockheed Martin’s influence. After aggressively criticizing the Harper government’s plan to buy 65 F-35s, Trudeau’s Liberals have paved the way to buy 88 of the controversial stealth weapons of mass destruction.

During the 2015 election campaign Justin Trudeau slagged the Conservatives as “unhealthily attached to the F-35” and the Liberals’ platform declared, “We will not buy the F-35 stealth fighter-bomber.” But the recent exclusion of Boeing’s Super Hornet from the jet competition and the government’s continued payments to the F-35 consortium mean the Liberals are set to purchase 33% more of Lockheed’s warplanes.

Lockheed is an effective operator in Ottawa. Throughout the Trudeau government’s time in office its Canadian subsidiary has been among the most aggressive lobbyists. Lockheed’s name appeared 39 times when I conducted a “12-Month Lobbying Activity Search” of the Office of the Commissioner of Lobbying of Canada in late 2017. Another look at that database just before the pandemic listed 40 registrations by Lockheed representatives in the previous year and a look this week uncovered 33 mentions.

A sales pitch carries more weight when it comes from a military “star”. As a result, Lockheed has contracted former Canadian Forces leaders to lobby on their behalf. In 2017 Lockheed contracted retired Andre Deschamps—who was an Air Force commander during Canada’s brutal occupation of Afghanistan—as a lobbyist. Over the past year Deschamps has logged six official lobbying meetings on behalf of Lockheed.

While Deschamps is employed by a lobbying firm, Lockheed also hires retired CF leaders directly. As part of an earlier F-35 push, former deputy commander at NORAD and commander of NATO forces in Libya, Charles Bouchard was made CEO of Lockheed Martin Canada in 2013. Bouchard was with Lockheed until mid-2019.

Lockheed has also marketed the F-35 at its large booth at the CANSEC arms fair. Canada’s defence minister, thousands of Department of National Defence officials and many other government representatives attend the annual event in Ottawa.

Lockheed has promoted the F-35 in washrooms and bus stops where politicians and DND officials congregate. A bus shelter in front of Parliament Hill recently declared, “F35: Seats one. Employs thousands.” The company also advertises in publications read by Ottawa insiders such as iPolitics, Ottawa Business Journal and Hill Times. Lockheed’s ads also appear in journals read by military officials such as the Canadian Defence Review and Esprit de Corps.

The company sponsors talks and exhibits attended by Ottawa insiders. Lockheed promotes their brand at the Canadian War Museum, Gatineau-Ottawa airshow and Ottawa Chamber of Commerce. It sponsors the Conference of Defence Associations’ annual conference in Ottawa. (CDA Institute president between 2004 and 2008, Paul Manson, was former chairman of Lockheed Canada and Chief of the Defence Staff.)

A DND spokesperson justified Canada’s participation in the F-35 program by explaining that, “Canada’s participation in the program allows companies in Canada to benefit from contracts.” Not only do local Canadian military contractors benefit from the Lockheed deal, but other Canadian corporations—like mining and oil—benefit from the global conditions maintained by war and occupation. It is business as usual in a corrupt, wasteful and environmentally unfriendly sector of capitalism.

Trudeau has branded himself as an environmentally conscious at home and feminist abroad. But from Afghanistan to Libya, the Canadian military has participated in brutal wars and occupations that undermine women’s rights while fueling climate change. Wasting billions more on F-35 fighter jets that consume significantly more carbon intensive fuel than other (already heavy GHG emitting) fighter jets shows an ongoing commitment to war and climate destruction, and a disregard for urgent alternatives. As the No Fighter Jets campaign explained, “instead of purchasing 88 new fighter jets, let’s use these resources for healthcare, education, housing and clean water.”