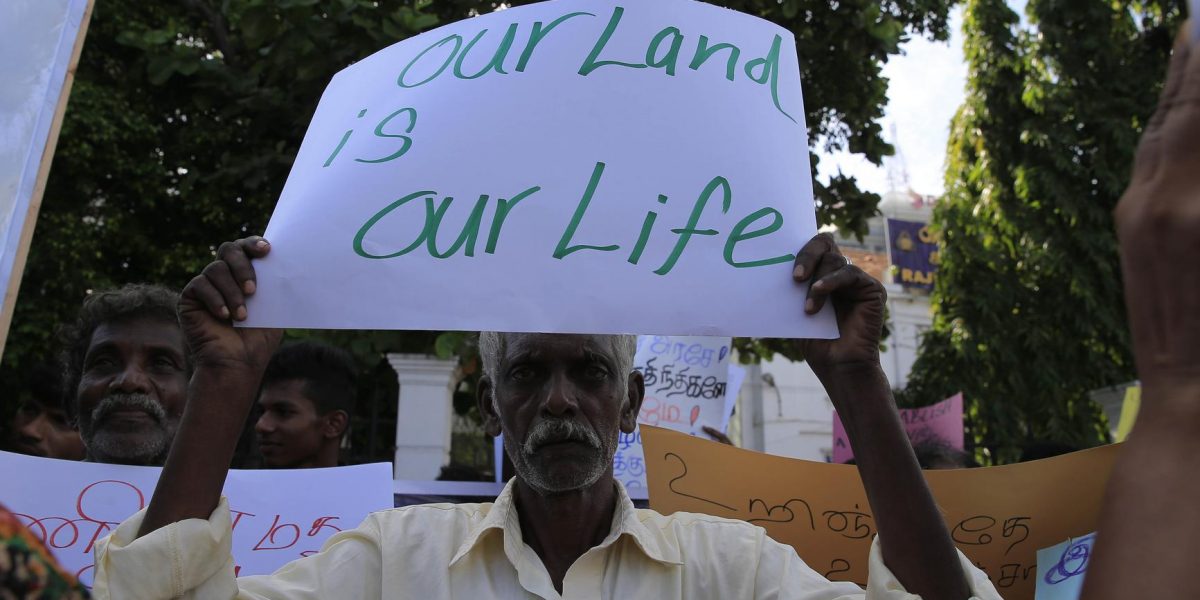 As revolutionary socialists, we are committed to supporting the national liberation struggles of oppressed peoples everywhere. Spring Magazine presents this reading list to help build our knowledge and support the Tamil Eelam liberation struggle.

Dr. Jude Lal Fernando, a Sinhalese Academic based in Dublin’s Trinity College, addresses a packed room at the University of Toronto. He lays out the complicity of the United States and the United Kingdom in assisting the Sri Lankan government’s genocide of the Tamil nation.

Our Theoretical Guide to the National Question (Published in 1983 in “Liberation Tigers and the Tamil Eelam Freedom Struggle”) by Anton S. Balasingham

Anton Balasingham breaks down the theory of Lenin’s “Socialist revolution and the right of nations to self-determination.” Balasingham provides a detailed history of the state oppression in Sri Lanka and the Tamil liberation struggle through the writings of Marx and Lenin. Balasingham also breaks down the failure of the Sri Lankan left to understand and support the Tamil liberation struggle as a way to end national oppression and bring about Tamil and working-class unity against the ruling class.

Lee Rhiannon, an activist with the Tamil Eelam solidarity movement and a former Australian Senator, describes the nature of state oppression in Sri Lanka. She understands the Tamil liberation struggle as a movement against colonialism and imperialism. Lee reflects on some of the radical possibilities won by the Tamil resistance movement, like the abolishment of the caste and dowry systems in the Tamil homeland.

Phil Miller is a UK-based journalist who has written extensively about British involvement in Sri Lanka’s war against the Tamil people. This article is an excellent way to start thinking about imperialism on the island and why powerful capitalist countries oppose Tamil self-determination in their homeland.

The Permanent Peoples’ Tribunal on Sri Lanka, independent from any state authority, comprises international lawyers, activists, and civil society. The tribunal received evidence from victims and witnesses of the last stages of the conflict and found the Sri Lankan state guilty of war crimes, crimes against humanity, and genocide. The genocide charge was rooted in the Sri Lankan states’ decades-long policy of eradicating Eelam Tamils as a national group within the island. The tribunal found that the United States and the United Kingdom are complicit as accomplices in the genocide of Eelam Tamils.

Krisna Saravanamuttu, a member of the Spring Socialist Network, works with Tamil activists in the Tamil homeland and the diaspora. In this piece, he traces the history of Israel’s involvement in helping Sri Lanka establish its policy of land theft, settlements, and military occupation over the Tamil homeland, much like in Palestine.

Film: Ki Ni Mini Services: The British Mercenaries who got away with war crimes by Phil Miller.

This film documents British clandestine involvement in assisting Sri Lanka’s genocidal war against the Tamil people and their resistance movement.

Want to learn more? On the eve of the historic Gardener expressway protest, join us in a conversation with Tamil and Sinhalese academics about the Tamil Eelam liberation struggle. Remember to register for Tamil Eelam, National Liberation, and Socialism this Sunday, May 9th, at 2pm EDT.