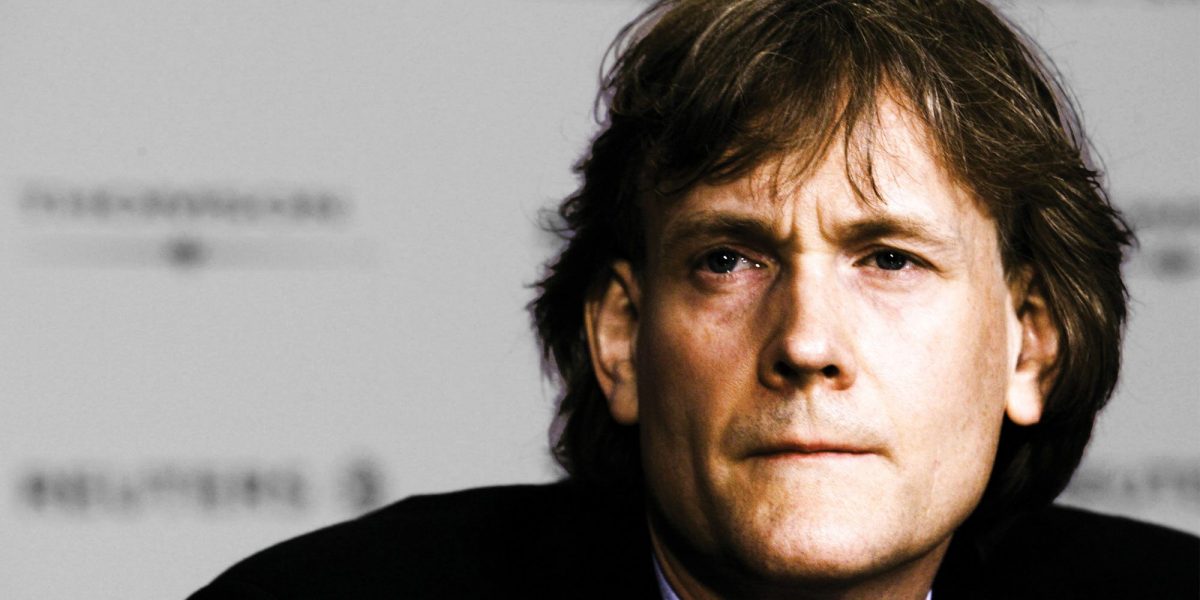 David Thomson is the head of the richest family in Canada, with a personal net worth of $8 billion. While millions across Canada face financial precarity, and have struggled through COVID-19, the Thomson family’s net worth has increased by $18 billion since the start of the pandemic. Working class people are blamed for inflation by asking for higher wages, shamed for welfare or social assistance, and ridiculed for acquiring necessities during the fearful early days of the pandemic, but the real hoarders are almost invisible.

Such absurd wealth hides in the shadows. David Thomson has never been on television, never held a press conference, and has given only a few interviews in his life. This is part of the problem with most Canadian billionaires: we don’t know who they are. David Thomson, Jim Pattison, Changpeng Zhao, David Cheriton, Joseph Tsai, Anthony von Mandl, Mark Scheinberg, Chip Wilson, Alain Bouchard, Hulang Chulong… who the hell are these men (other than the top ten richest people in the country)?

But through occasional glimpses of David Thomson we can see more clearly the truths and absurdities buried in the soil of our capitalist system.

The life of a billionaire media baron

The recent passing of Queen Elizabeth prompted debate about inherited wealth and privilege. As opposed to its feudal predecessor, capitalism claims to be based on meritocracy: work hard and you will be rewarded. But David Thomson was a born billionaire, born into a family whose net worth is $49 billion. Succeeding his father, David Thomson was crowned as the new chairman of Thomson Reuters—a media conglomerate that his grandfather founded in 1934—and acquired the hereditary title of Baron Thomson of Fleet.

In a rare interview Thomson granted to Maclean’s Magazine in 2002, the aristocrat downplayed the importance of work in favour of instinct: “In the end, judgment and instinct are still the elements of great success. One can have all of the numbers prepared, all the logistics, all the statistics run, but until one faces a human being or a corporate entity, one really has no sense of its service, let alone its potential.” Here we have Thomson explaining in business-speak why he is so successful. In his role as chairman, he’s given a variety of thoroughly researched reports—presumably prepared for him by a legion of employees—and then he often disregards their recommendations in favour of following his instincts. This places Thomson in the pantheon of ‘gut players’ who think their gut can tell them more than anybody else’s brain.

When he doesn’t follow his gut, Thomson admits that his employees can be useful, and that, “one has to be prepared to listen to colleagues, to expend enormous energy in their worlds and support them, encourage them.” For Thomson, listening to the people who work for him is exhausting. This should not come as a surprise since he seems to tire easily. His former boss at the Hudson’s Bay Company (Thomson’s father owned the company at the time) noted that he would often grow bored in meetings. Less relatable are the calls the boss would receive from Thomson on a Sunday night from Liechtenstein asking if he could get the Monday off. While millions of workers have no just cause protection and can be fired for no reason at all—disproportionately affecting racialized workers—Thomson could call his boss and miss work due to jet setting to Europe, all while safely climbing his family’s corporate ladder and “patiently waiting to take over from his father.”

Perhaps this young plutocrat was abroad hunting down a priceless piece of art. His passion for collecting is much better known than his work life. He’s stated that “the art world has taught me harsh lessons on human nature. Money does not open every door. A real collector will rarely sell a work unless he can replace it with something even greater that has more personal meaning.” One’s heart breaks for the billionaire boomer, who has walked through so many open doors, only to find the door to his favourite John Constable painting shut. He explains that these rejections are so serious because art is one of “the few pursuits in which I can totally unravel my soul. For me, the act of creation comes through in a better appreciation of business.”

Art and business are one and the same; two sides of the same billion dollar coin. Thomson hones his chairman instincts for maximizing profits by staring into the eyes of the lifesize crucified Jesus sculpture that he keeps in his living room. He sees reflected in those eyes the same hardships and the same resilience that he himself has cultivated in his struggles to collect another Picasso. But art is simply another way to expand his inherited wealth, and widen economic inequality. While working class people across Canada are saddled with debt, rent or mortgage payments, Thomson had a spare $12.8 million to spend on a painting, which five years later was worth $38.8 million.

The math doesn’t add up: the myth of capitalist meritocracy

What if we look at the more humble end of the billionaire spectrum? For instance, Richard Warke, the poorest of Canada’s 65 billionaires with a net worth of only $1.1 billion. Warke is the chairman of the Augusta Group and has made his fortune through managing mining companies in the Americas (thanks Dick!). Even this slacker apparently works 3,334 times harder than the median Canadian.

At this point, I can already hear the billionaire-apologists crying foul play. You aren’t considering all the beautiful externalities that billionaires bring into the world, they object: the jobs, the innovation, the toxic chemical waste, and so on. It’s true that without the Thomson family we would not have the oddly shaped eyesore that is Roy Thomson Hall. But the wealth of Thomson Reuters doesn’t emanate from the instinctual brain of David Thomson, it comes from the labour of its 24,000 employees. His net worth also includes his inheritance that he was born into (extracted from a previous generation of workers), and the investments he makes in art and business—not his overinflated corporate salary to reward the executive decisions he makes while sitting surrounded by overpriced art.

The popular myth that’s perpetuated over and over to justify the existence of billionaires is that they are on a different plane than us plebs. They’re more industrious, they’re smarter, and they have better skin. Maclean’s interviewer Peter C. Newman describes Thomson in super-human terms: “burdened with an original mind…there is a touch of extrasensory perception…and the brain cells almost audibly start churning.” Billionaires are apparently mystical geniuses, which justifies the fact that their net worth is equivalent to not one, not two, not ten, but tens of thousands of working class people. But the math behind the myth doesn’t add up. They’re just flesh and blood human beings with weird hobbies, making absurd amounts of money by exploiting other people’s labour.

Perhaps you’re a warehouse worker, a barista, a school custodian, a safety inspector, a gig worker, a student, a parent, or many of these things all at once and more. You work for a living, but are paid a wage that is only a fraction of the wealth you create. The rest goes to the boss, who not only appropriates the wealth you create as profit, but then builds a fantasy in their mind about their own unique abilities.

In one of the stranger quotes in the Macleans interview, Thomson says, “I become excited at the thought of measuring myself in varied situations, alongside Wellington in India, or being in a fighter aircraft attacking a formation of bombers and being vastly outnumbered. It’s an interesting way to test yourself because you set your own limits.”

I think we should help Thomson and the rest of the billionaires test themselves by setting some of our own limits for them. For a start, perhaps we could impose a modest wealth tax or an inheritance tax? It may not be as exciting for Thomson as imagining that he’s colonizing India, but we do vastly outnumber him, so that should give him a thrill as he realizes his new limits.