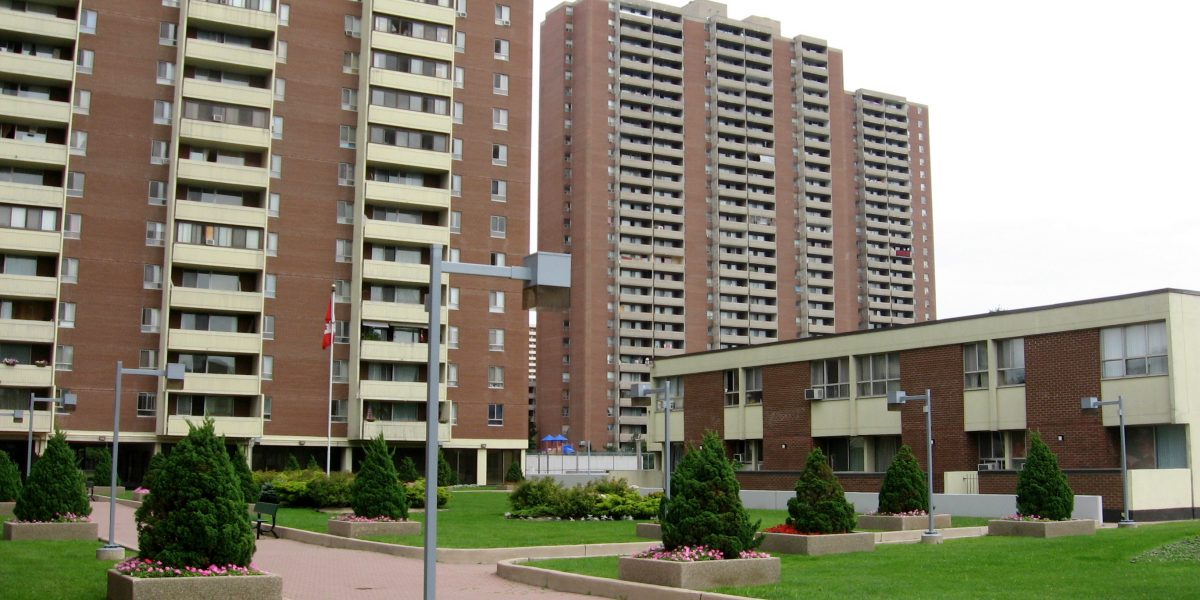 Hundreds of people across three working-class neighbourhoods on the border of East York and West Scarborough, Crescent Town, Teesdale and Goodwood Park, organized a collective withholding of rent for April. Despite Premier Ford’s announced eviction moratorium, no rent freeze has been implemented through legislation, leaving tenants unclear if they will be forced to pay crippling arrears once the pandemic is over in the face of massive job losses.

Ousman Sanghore, an immigrant from The Gambia, has lived in the community since 2017. His wife and six month old child still live in Gambia.

“All of us here are directly or indirectly being affected. Some people will tell you, ‘I have my job for now but I may lose it next week.’ We can’t put food on the table. Putting that money into rent is a big risk for us right now,” said Sanghore. “So that’s why we came up with this as a group. We’re not cutting individual deals, we’re doing this as a community.”

A large Bengali community has established roots in these neighbourhoods, but many residents are from other parts of South Asia, East and West Africa, or are working class whites. The high-rise Crescent Town buildings enclose services and shops like a community centre and a grocery store, but these are slowly getting gentrified. Just this past New Year’s Day, the local daycare shutdown and was taken over by a not-for-profit called EYET, laying off all the childcare workers — many of whom had served the community for upwards of ten years. Workers organized with parents and, with the support of People’s Defence, launched a campaign to defend these women’s jobs and demand that they be hired at the new daycare.

Samuel Nithiananthan, an organizer with People’s Defence, told Spring Magazine, “many people in Toronto have been one paycheque away from an eviction for a very long time now. They’re concentrated in neighbourhoods like Crescent Town, which is a hub for black and brown immigrants with low-income jobs and living with their families in small, overpriced apartments. This pandemic exacerbates the race, class and gender based fault lines in our city.”

Ranee Management (Goodwood), owned by the Zolty Family, Pinedale Properties (Crescent Town), run by CEO George Grossman, and Princess Management (Teesdale), a so-called boutique firm associated with Alan Miller’s H&R Property Management, all have received notices demanding that rent be waived (not deferred) during this crisis. The letter clarifies that tenants will not be paying their April rent, now or later. Those participating in this collective action recognize it as part of the city-wide call to keep your rent echoed by organizations like Parkdale Organize, and one being advanced by renters in major cities like New York.