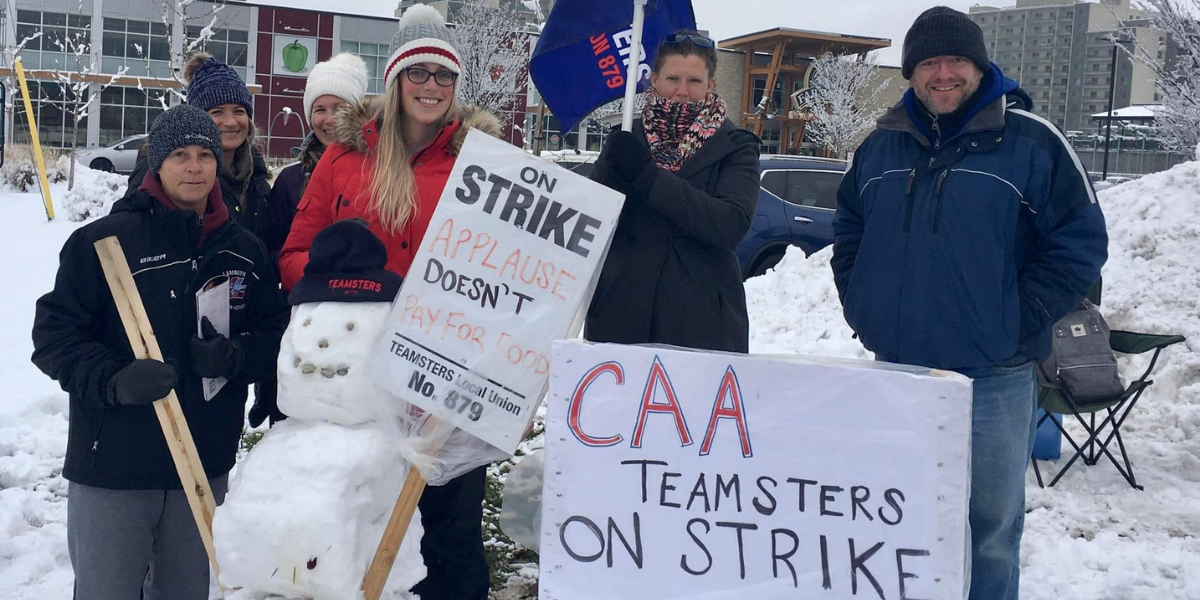 Workers at five Canadian Automobile Association (CAA) stores in southern Ontario have been on strike since October 29. Workers are striking in London, Waterloo, Kitchener, Cambridge and Guelph over two main issues, workload and pay. Before the strikes CAA tabled a three-year agreement that had no pay increases within the first two years, and then a 1% increase in the third year.

Workers at CAA have said they are experiencing increased workloads throughout the pandemic due to staffing shortages. They are being asked to help other departments stores and departments without compensation for that work. As travelling has resumed, workloads have increased including managing the rebookings from cancellations, and navigating the new travel requirements. For example, London had four more staff at their location before COVID hit, however when they left they were not replaced, increasing the workload for those left.

The CAA offer of 1% increase over three years (with that increase only happening in the last year) is in effect a substantial wage cut for workers. Inflation is roughly 5% in 2021 and expected to remain relatively high over the next couple of years. The contract on offer from CAA would leave workers further behind,

Striking workers at the CAA are fighting for higher wages and a sense of fairness when it comes to workload. While employers like the CAA have received generous state subsidies to see them through the crisis, workers have been forced out on strike to fight for decent pay. To ensure our post-pandemic economy doesn’t leave workers behind, workers winning strikes, like the CAA strike, will be key.