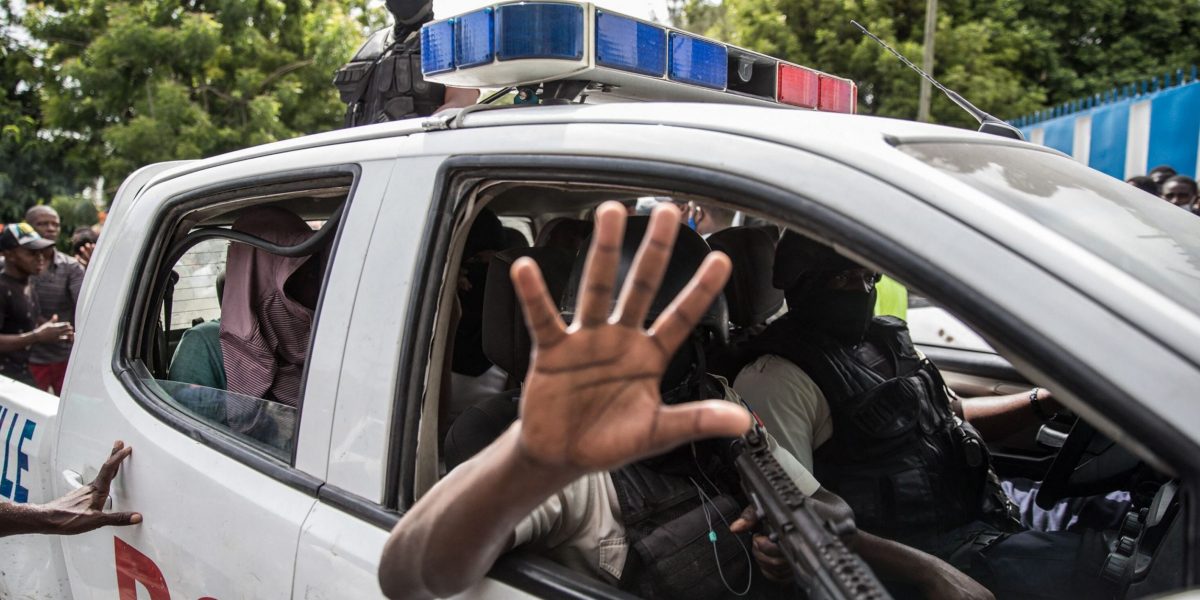 An important, if rarely mentioned, rule of Canadian foreign policy is the more impoverished a nation, the greater the gap is likely to be between what Canadian officials say and do. The primary explanation for the gap between what’s said and done is that power generally defines what is considered reality. So, the bigger the power imbalance between Canada and another country the greater Ottawa’s ability to distort their activities.

Foreign Minister Melanie Joly’s recent comments about Haiti provide a stark example. Over the past week Joly has made all kinds of absurd claims and statements about the Caribbean nation and Canada’s role there.

As a way to hype the gang problem in Haiti while downplaying the two months long popular uprising against US/Canadian selected leader Ariel Henry, Joly announced a plan to sanction Haitian gang members. They want us to believe that impoverished young men, who can barely leave their Port-au-Prince neighborhoods, will be deterred by taking away their ability to shop in Montréal.

In the same announcement Joly suggested that Russian disinformation was responsible for the disturbances in Haiti. The Canadian Press reported, “Joly said Canada will also try to fight online misinformation that blames soaring inflation on the United States, instead of on Russia’s invasion of Ukraine. ‘Russia is targeting the very anti-American sentiment that you can hear and feel in parts of our hemisphere, and we need to call out any form of lies that they’ve been spreading in order to sow divisions,’ she said.” But Haitian hostility towards Washington has nothing to do with Moscow: US troops occupied Haiti from 1915 to 1934, and that country has repeatedly interfered over the past century.

When she hosted a meeting on Haiti at the Organization of American States (OAS) summit last week, Joly announced a “plan to weed out corruption” in Haiti. As the Twitter handle Jean Jacques Dessalines noted, Ottawa is seeking to upend corruption by “forcing Haitians to deal with the most corrupt criminal regime in Haiti’s history put in power, supported and protected by Haiti’s ‘friends’.” The PHTK regime is responsible for the Petrocaribe corruption scandal in which up to $2 billion in public funds was pilfered.

At the Canadian instigated OAS meeting on Haiti Joly said, “the solution to this crisis must be Haitian-led.” But, Canada has spent a year undermining the Commission for a Search to a Haitian Solution to the Crisis (Montana Accord) by supporting Henry who the US and Canada-led Core Group selected through a tweet after president Jovenel Moïse was assassinated 14 months ago.

As part of preparing for a possible foreign military intervention Prime Minister Trudeau convened a meeting on Haiti at the United Nations, and ambassador to the UN, Bob Rae, traveled to Haiti and the Dominican Republic. Five days ago, their puppet formally asked for a foreign military intervention and the regime’s representative in Washington specifically requested US and Canadian forces.

In 2004 Ottawa helped overthrow Haiti’s elected government and then supported an installed regime that killed thousands. Officially, however, Ottawa was “helping” the beleaguered country as part of the “Friends of Haiti” group. And the bill for undermining Haitian democracy, including the salaries of top coup government officials and the training of repressive cops, was largely paid out of Canada’s “aid” to the country.

Both Canadian diplomats dismissed the question as absurd. But, it’s far more reasonable than Melanie Joly’s nonsense about Canada’s role in Haiti.