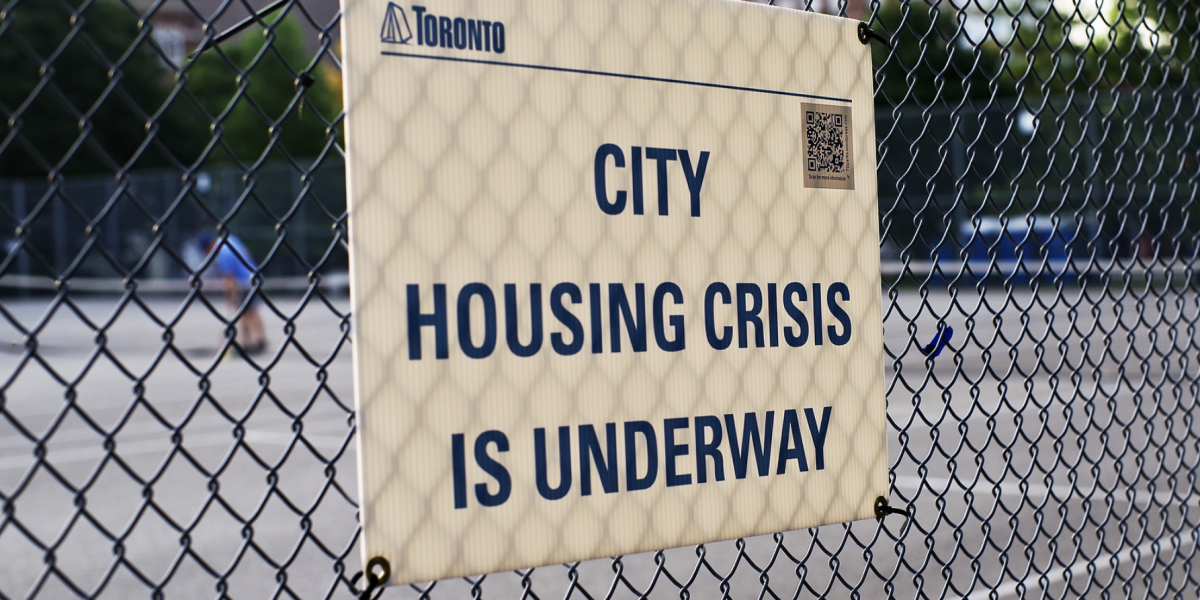 It has been months since the encampment evictions that garnered national attention and outrage in Toronto this summer, however none of the city’s actions have changed.

This summer the city violently evicted people from Trinity Bellwoods, Alexandra Park and Lamport Stadium. These evictions, widely documented across social media, provoked outrage as hundreds of police and private security arrested protesters and encampment residents. Not only were people assaulted, pepper sprayed and arrested at the encampments, but people outside of the police’s 14 division demanding the release of those arrested at the encampments were themselves pepper sprayed and arrested. Following this there was a No Encampments Evictions rally held at city hall that called for many actions to take place including the resignation of John Tory.

Policing instead of shelter

Toronto police then released a list of 8 people they were looking to arrest in connection to the Lamport evictions and the following protest at 14 division. Two of these people turned themselves in. When they were charged the police told them they could sign a piece of paper agreeing that they would not attend an unlawful assembly or protest and then walk out of the police station or wait for a bail hearing and fight those conditions in court. The police are looking to criminalize people who protest and stand up for their neighbours in encampments. Conditions like this, that silence dissent, are completely unacceptable and go against basic democratic norms.

The following day, on September 17, the City of Toronto released a report detailing the cost of three encampment evictions. The total came to just under $2 million to evict about 60 people. This comes to $33,000 per person. The majority of these people evicted were given no options for housing and those that were, were offered shelters which are not permanent or legitimate housing options. The shelters in the city have had a variety of COVID outbreaks and 2021 is on track to be the deadliest year ever in the Toronto shelter system.

The city spent $33,000 a person to evict people from a park and most of them ended up just moving to another park. Imagine what could have happened if each of these individuals were offered $33,000, imagine the housing options they could get with that money. Instead, it was spent on state violence to move people out of sight. They kicked people out of parks where they were visible, but no alternative was offered. The main goal of these evictions appears to be to move people from parks where those who have houses in those neighbourhoods could see them, and instead push them further into the shadows.

The city is also actively avoiding further inquiries into the encampment evictions seen over the summer. On October 1 a motion brought forward by Councillor Wong-Tam at Toronto City Council to refer the Administrative Inquiry on encampments to the next Executive Committee, which would have allowed for deputations and questions to staff was voted down 7 to 16. Also, on October 1 Councillors Matlow and Layton proposed a motion requesting a judicial inquiry into the actions of the Toronto Police in encampments. Regarding this Mayor Tory stated “I think the traditional inquiry is an entirely inappropriate thing to do here. It suggests some wrongdoing on the part of our public servants who work so hard, including the police by the way.”

During the encampment evictions the police put multiple people in the hospital with a variety of injuries including broken bones, pepper spraying large amounts of people and arresting many on trespassing charges, which the mayor believes does not constitute any wrongdoing. Matlow and Layton’s motion for a judicial review was defeated 5 to 14 at city council.

What is the city and province’s plan moving forward? COVID and capitalism have exacerbated the housing crisis and it is just going to get worse. More people are going to be left with no housing options, and the city and province have no plan for this. The city’s plan for the summer showed us they will use policing and violence but will not offer people actual housing options. Ontario’s year long rent freeze expires on January 1, 2022. This will allow landlords to increase rent by up to 1.2%. The city seems more concerned with the plight of landlords and developers than it does the majority of its residents. From stagnating wages to rising costs many city residents are in a bind. Winter is fast approaching and there has been no plan put forward on how to ensure people do not end up stuck outside in the cold. We need social housing, and we need it now.