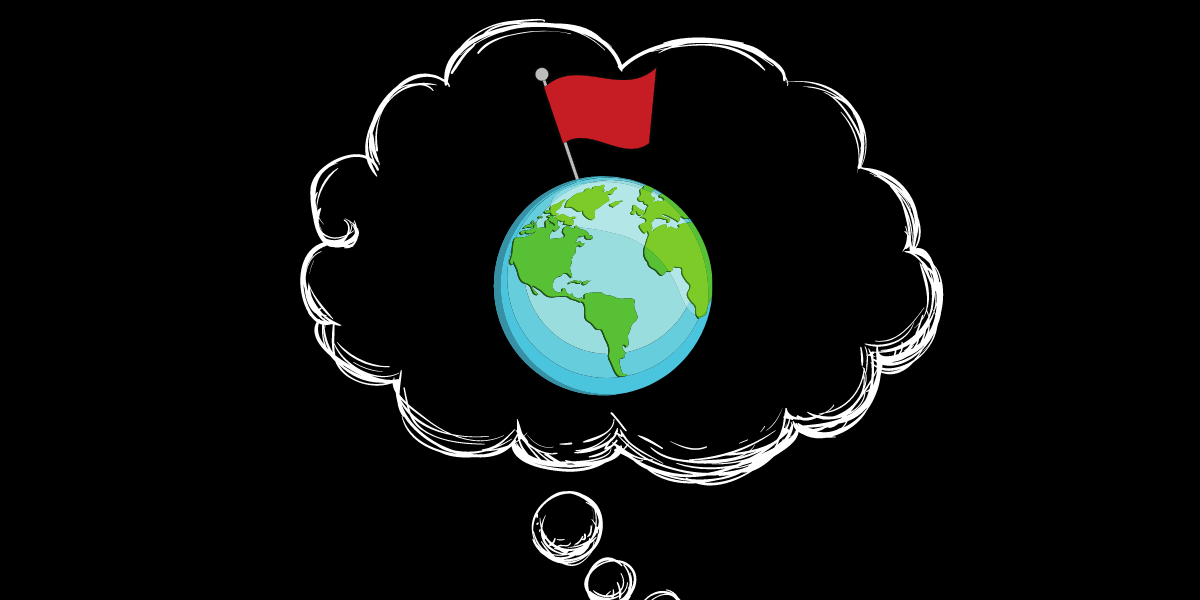 “Nobody in the world, nobody in history, has ever gotten their freedom by appealing to the moral sense of the people who were oppressing them.” — Assata Shakur

Over the course of the pandemic billionaires have seen their fortunes grow at an astronomical clip. In March 2020 billionaires had about $8 trillion in wealth, today they have roughly $13.5 trillion. As the rich get richer, workers around the world are struggling through the crisis. From a global vaccine apartheid and a widening racial wealth gap to a growing climate crisis, there is no shortage of injustices in the world.

A revulsion at oppression, exploitation and injustice is as much at the core of a politics of liberation as is a sense of solidarity and compassion. But moral outrage and righteousness  are not enough to change the world. For example, the intense but brief online furor on the left in reaction to Alexndria Ocasio-Cortez’s dress, emblazoned with the slogan “tax the rich”, showcased the all-too-common features of the hot-take and reaction formula online: a provocative statement or act provokes an endless cycle of commentary about why the act and the reaction to it are problematic. AOC, we are told, was wrong to attend the gala and hob-knob with the rich; those critical of AOC were dismissing the subversive act of the dress-maker; others still noted the dressmaker was married to a billionaire; some even noted that tax the rich is not subversive. The end result of this moral outrage: nothing. This online row, like most internet controversies, neither clarifies nor empowers.

A moralistic approach to social transformation is not only incapable of building the power to win, it can unconsciously reproduce a ruling class perspective about social change. We need ideas that can help us understand our world in order to transform it.

How do we understand what is right and wrong in society? Our moral outlook is a social construct: it is shaped by our given social relations and institutions. We learn about the ethical code of society via our education, the media, our religion and our experience in the workplace. As Marx and Engels succinctly put it “the ideas of the ruling class are in every epoch the ruling ideas, i.e. the class which is the ruling material force of society, is at the same time its ruling intellectual force.” But it is not just a matter of this morality being drilled down into the working class; it also reflects, and is reinforced by, the atomized and alienating experience of working class life under capitalism. As Trotsky correctly noted, “the ruling class forces its ends upon society and habituates it to considering all those means which contradict its ends as immoral.”

Unless we think there is an objective sense of right and wrong, existing outside of social time and space, we have to understand that morals have a class foundation. When a worker steals from work they could face criminal prosecution, but when a business owner steals wages they most likely will get away with it. We are told that contract law is sacred, but our governments routinely violate treaty rights. Murder is wrong, unless it is in service of the state. We are told that the Israel/Palestinian “conflict” is caused on “violence on both sides”, as though a nuclear-armed military occupation and an indigenous land defence are morally equivalent.

Common notions of morality are not only formally strewn with class perspective, but how they are applied and to whom is shaped by social oppression. Morality must be put in the context of living movements, to delineate between the oppressor and the oppressed.

The limits of moralism

Some on the left understand how society’s moral calculus is riven with problems, but their response is to construct a new moral universe of right and wrong. According to this view, the world can change if more people simply hold the right moral beliefs: if more people cared about the environment there wouldn’t be climate change, or if more people believed in peace there wouldn’t be war. But the limits of moral persuasion on the left have long been recognized. In a debate with fellow abolitionist Lloyd Garrison, Frederick Douglass noted that “hearts and consciences” were crucial but “truth to be efficient must be uttered in action as well as in speech.” If speech could end slavery, “it would have been done long ago.”

However much one agrees with the exact content of moral judgments, this approach has many shortcomings. Rather than a collective project that can change the conditions which produce ruling class morality, we are left staring through the ruling class prism of individual moral choices: politics is reduced to a set of personal beliefs. This strips away the class foundation of morals to create a set of objective morals that sits outside of social antagonisms. It reproduces a ruling class method of dividing and atomizing the world into good and bad individuals demarcated by a set of unchanging moral precepts. At its core this approach is philosophically reactionary and can disarm people confronted with real strategic questions.

For example, the issue of Universal Basic Income is often framed as a moral one. UBI, we are told, will allow people in poverty to have a robust income from the state to meet their needs, without the cruel surveillance of our current welfare model. This demarcates a line that says the idea of UBI is good because it is supposed to end poverty, and opposing UBI is bad because it means perpetuating poverty. Support is mobilized around the moral frame that no one should live in poverty. While this statement is very true, a moral argument about UBI clouds the real class antagonisms at the heart of issues around poverty and the welfare state. It hinders our ability to examine why poverty exists in the first place, why the current welfare model is so terrible, why a good portion of the business community supports UBI, and what the actual outcome of UBI would be. Rather than a sharp understanding of a strategic question, we are left with a blunt moral position.

Thus, moralists on the left may grapple with political questions with the best of intent, drawing firm lines in the sand about right and wrong, but ultimately create a set of moral litmus tests that can only marginalize others or collapse in on itself. If morality is simply an individual choice of believing in certain ideas of right and wrong, then it is easy to blame individuals for failing to believe in the right things. Moralism can also lead to empty appeals to authority to do the right thing, just as much as it can lead people to create a politics of political purity. For example, approaching COVID vaccination as a moral argument leads to dividing the population into good people who have been vaccinated and bad people who have not. This leads to calls for appeals to the state and employers to police vaccination, rather than addressing the historical and social factors behind vaccine hesitancy, and strategic questions of how to promote vaccine equity.

Faced with the uneven spectrum of working class opinion, moralistic methods are incapable of building movements that can transform people’s political opinion and build the power to win. Rather than building movements of the immense majority, moralism leads some down the path of purity politics, where small groups of radicals differentiate themselves from, and substitute themselves for, the masses. Shortcomings are accentuated over unity, instead of patient explanation people resort to guilt and shame. Grappling with political priorities is eschewed in favour of an endless cycle of emergency responses. And questions of strategy and tactics are elevated into principles and litmus tests.

A revolutionary morality and the Marxist method

How socialists grapple with morality is related to the question of strategy and tactics. The lived reality of capitalism and social oppression means workers in society have a mixed bag of ideas about how society is organized and how change can happen. As Lenin noted, ​​“we can (and must) begin to build socialism, not with abstract human material, or with human material specially prepared by us, but with the human material bequeathed to us by capitalism. True, that is no easy matter, but no other approach to this task is serious enough to warrant discussion.”

Our movements are made up of people, who carry all sorts of ideas. Social change is messy. It is a process of successive approximations, there is not a moment where all socialists line up on one side and all capitalists on the other and the social revolution is waged. Lenin, who was engaged in actual revolution, tried to debunk such myths stating “whoever expects a “pure” social revolution will never live to see it. Such a person pays lip-service to revolution without understanding what revolution is.”

In his autobiography, Revolutionary Suicide, Black Panther Party founder Huey P. Newton explained how radicalization is a process and that the role of revolutionary socialists is to engage, listen and patiently explain:

“I dissuade Party members from putting down people who do not understand. Even people who are unenlightened and seemingly bourgeois should be answered in a polite way. Things should be explained to them as fully as possible. I was turned off by a person who did not want to talk to me because I was not important enough. Maurice just wanted to preach to the converted, who already agreed with him. I try to be cordial, because that way you win people over. You cannot win them over by drawing the line of demarcation, saying you are on this side and I am on the other; that shows a lack of consciousness.”

Ideas about the world do not change because of shame, cajoling and moral outrage, they change because of experience and material circumstance. This is not to say there is no morality in this process, rather it is to say that morality for socialists has to be linked to collective strategy and tactics. This doesn’t mean ignoring reactionary ideas until “after the revolution.” Taking on social oppression is a key strategic element of building the power to take on capitalism. Capitalism thrives because of racism, sexism, homophobia/transphobia, disability oppression, and national oppression. For socialists, there can be no revolution without taking on all forms of oppression. The project of human liberation can only come about through the self-activity of the working class, where the vast majority change the world and through the process change themselves. Marx and Engels explained this dialectical process:

“Both for the production on a mass scale of this communist consciousness, and for the success of the cause itself, the alteration of men on a mass scale is, necessary, an alteration which can only take place in a practical movement, a revolution; this revolution is necessary, therefore, not only because the ruling class cannot be overthrown in any other way, but also because the class overthrowing it can only in a revolution succeed in ridding itself of all the muck of ages and become fitted to found society anew.”

The Marxist method helps us overcome stultifying moralism and see the possibility for social change. Marxism sees the world as a totality that is constantly changing because of internal contradictions. Capitalism produces exploitation and oppression, but at the same time it produces a class that has the potential to upend the very foundation of class rule. This is not inevitable, it is only a possibility: it requires movements of the immense majority and organization to be able to accomplish this.

By building movements and campaigns that have clear politics and aim to involve the widest layers of workers possible, socialists can give people the experience of collective political struggle. In this way people can learn their own collective power, shake off backwards ideas, change the world and in the process change themselves.