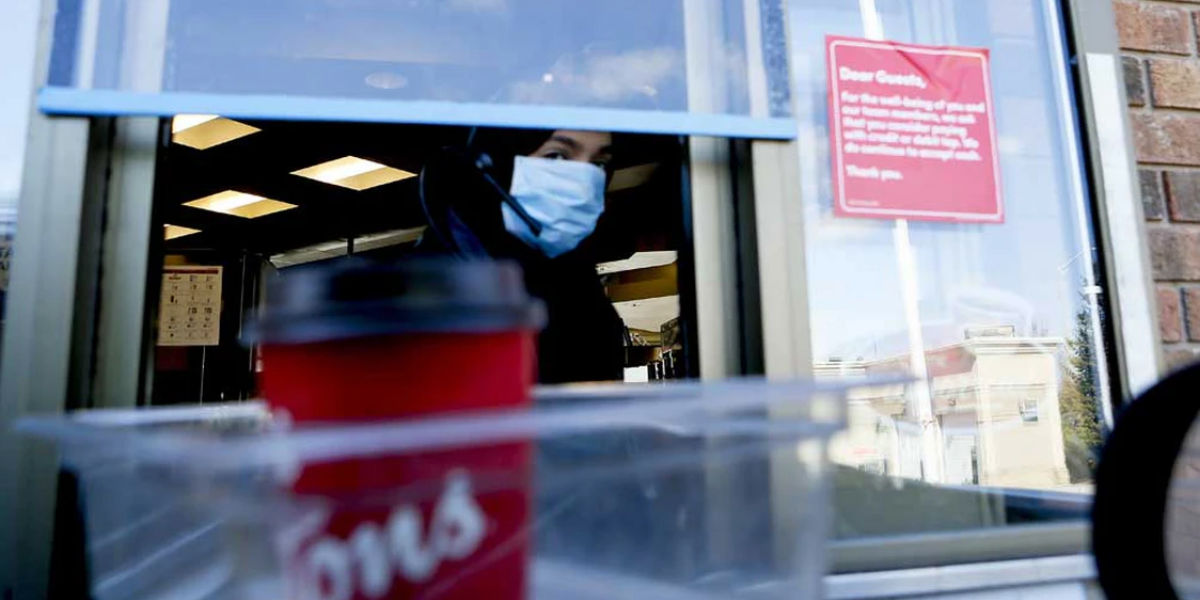 Last week Ontario’s NDP came out in support of a $20 minimum wage. This is an important opportunity for the entire labour movement and the left to intervene in next year’s election. But with the business backlash already beginning we can’t wait until the June election, we need to organize now.

There is little doubt that the pandemic has only exacerbated the existing inequalities and inequities in our society. Billionaires have safely seen their fortunes swell as frontline workers have struggled to pay rent while putting their health at risk.

Facing higher rates of exposure to COVID-19 and working in sectors of the economy that have been the hardest hit by job losses and hour reductions, racialized and female workers (often both) are disproportionately impacted by the minimum wage and the pandemic. Raising the minimum wage to $20 is an important part of any equitable and just recovery.

Raising the wage floor from $15 to $20 an hour will transfer billions of dollars from employers profits to workers’ pockets. Raising the floor gives workers more options and power, and that is a very good thing. Setting a new wage floor at $20 (tied to inflation) will directly impact over a million workers in Ontario, and indirectly many more. For many union members, a $20 minimum wage will mean direct pay increases. For union members who already earn $20 or more, a higher minimum wage will make it easier to bargain for more.

Whereas “living wage” campaigns fragment workers’ demands across the province (with a different target in every jurisdiction) and counterpose economic and social gains (winning affordable childcare or free transit would lead to a reduction in the “living wage”), the movement for a $20 minimum wage gives a united goal for workers across the province to fight for, alongside social programs.

Inoculate against the business backlash

Anyone who has canvassed for an increased minimum wage will encounter lots of support, but also lots of questions and fears about the consequences of raising wages. These fears are not unfounded: while the minimum wage increased in 2018 didn’t harm the economy or small business, the massive Tim Hortons restaurant chain used the opportunity to claw back wages and breaks from workers in order to undermine their confidence–and the movement needed to respond with solidarity events across the country to stop the backlash. We need to be constantly educating, agitating and organizing around decent work issues in order to transform popular opinion and defend workers’ gains. By coming out in support of a $20 minimum wage the Ontario NDP has helped to amplify this issue and make it a live political question for workers across Ontario.

The ONDP plan: strengths and weaknesses

Could this be faster? Without a doubt. The decent work movement pushed the previous Liberal government into raising the minimum wage by 29% over two years (frontloading that increase with a 21% in the first year!). The ONDP also announced a fund to help businesses in the transition, specifically mentioning small and medium businesses and agribusiness. This sop, especially towards agribusiness, is far from ideal and gives an opening to the business backlash.

Nevertheless, the ONDP’s concrete proposal for $20 is a huge boost in the fight for a $20 minimum wage. Remember it wasn’t too long ago in the 2014 election that the ONDP refused to support the movement’s demand of a $14 minimum wage. But the movement pushed the federal NDP to support a $20 federal minimum wage, pushed the federal Liberal government to raise the wage to $15 this year, and has now pushed the ONDP to support $20/hr. This will impact well over a million workers in Ontario and could raise expectations for the over 4 million workers in Canada (roughly one quarter of the workforce) who make less than $20 an hour.

The timing is also important. Doug Ford recently announced a $15 minimum wage as part of rebranding the Conservatives as “pro-worker” in the lead up to the election. This is a victory for the movement given Ford’s previous hostility, but the minimum wage would be at $16 if Ford hadn’t frozen it. The ONDP call for $20 echoes the movement’s new demand, which can expose that Ford is still no friend of workers. The Conservatives now have to defend why they support raising the minimum wage to $15 but oppose $20, relying on the same myths they used to oppose $15.

The ONDP have signalled they are willing to make the $20 minimum wage an election issue. This is an opportunity, not to wait for the election and hope people support a higher minimum wage on June 2, but to organize now and talk to people in our workplaces and communities about the need for higher wages. It is an opening to talk about what kind of economy we need to build coming out of the pandemic.

But this is not automatic. The business lobby and the Conservatives will strongly and vocally fear-monger about raising wages. The spectre of higher inflation, even though it is not caused by wage increases, provides a real opening to the business lobby. If popular support is not built for a $20 minimum wage and we are not inoculating against the myths and fear being spewed by the big business lobby then it is hard to imagine any party winning an election by supporting that demand. A defeat for the ONDP running on supporting a $20 minimum would be a real setback.

The question now is how can we leverage this opening to increase support for a $20 minimum wage? How can the labour movement and the left build popular support for a $20 minimum wage and translate that support into activity and political pressure? The ONDP’s announcement raises expectations and makes $20 feel achievable and part of the political conversation. But this is just the beginning. We need to keep building movements for higher wages to exert massive pressure on whoever is in the government to not only win $20 for all workers without exception, and with the fastest timeline possible.