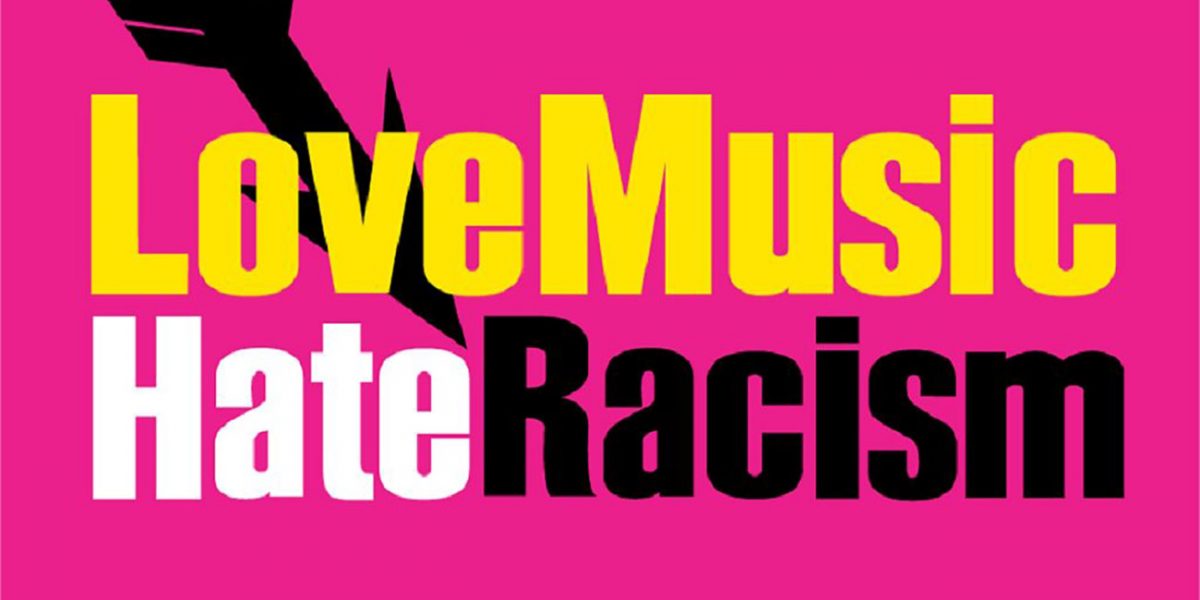 Since 2002, LoveMusic HateRacism has been an active, music-oriented campaign based in the UK. It was started as a response to fight the rise of right-wing populism and electoral fascism, such as the BNP (British National Party). The LMHR campaign is relevant as ever with the increase in Islamophobia, anti-migrant racism and hostility towards refugees and Indigenous peoples. LMHR is now starting up in Canada to help use the energy of our music scene to celebrate diversity and involve people in anti-racist activity, in the tradition of the Rock Against Racism (RAR) movement of the late 1970s.

Canada is founded on the racism of colonization, which continues. For example, the Grassy Narrows First Nation remains devastated after a quarter-century of logging and mercury contamination resulting in an erosion of culture, severe damage to livelihoods, and one of the worst health crises in Canada. This is despite two UN advisers urging the federal government to take action. The inaction of the government towards the ongoing crises of the Attawapiskat First Nation is just as telling. From the declared state of emergency suicide crisis in 2016, to the more recent state of emergency declared due to unsafe and damaging drinking water, the government continues to do little to acknowledge, let alone fix, these problems. To find out more about these cases, please visit Free Grassy and After the Last River.

In addition, Canada has been no exception to the rise of far-right movements seen around the world. Groups like Proud Boys, PEGIDA, the co-opted Yellow Vest movement, and Soldiers of Odin have started to appear and grow in Canada. According to a recent report, hate groups in Canada now number over 130, a 30 percent rise from 2015. Hate crimes have also risen 60 percent from 2014 to 2017. Moreover, these attacks can be even more dangerous when they are supported on the federal level: Maxime Bernier, leader of the right-wing People’s Party of Canada, was in the recently in the news for happily posing with members of the Northern Guard, a neo-nazi offshoot of the Soldiers of Odin.

But powerful actions of resistance and solidarity are equally on the rise. Both the Canadian Anti-Hate Network and Migrant Rights Network are newer groups who have done outstanding work in both combating the rise of bigoted views as well as linking struggles together to fight on a mass scale. Indigenous-led struggles against environmental destruction and in the name of sovereignty continue in BC against both the Coastal Gaslink and Trans Mountain pipelines. You can find more info and how to support at Tiny House Warriors and Unis’tot’en Camp.

LMHR believes music unites us and gives us strength, and offers a vibrant celebration of our multicultural and multiracial society. Racism seeks only to divide and weaken us. We have a unique opportunity in Canada to create a movement of artists, promoters, venues, and community members who want to share their love of music and positive change. We have the power to work together and stop racism in its tracks, while also celebrating the unifying and healing power of music. We can accomplish this through concerts, school visits, workshops, panels, and more, based on a spirit of solidarity, support and positive action.

Find out more about LMHR Canada on our Facebook page, follow us on Instragram, and learn more about the movement on the official website. We are also seeking artists and industry who would like to sign our ‘living’ statement of support. To find out more, please send us an e-mail.