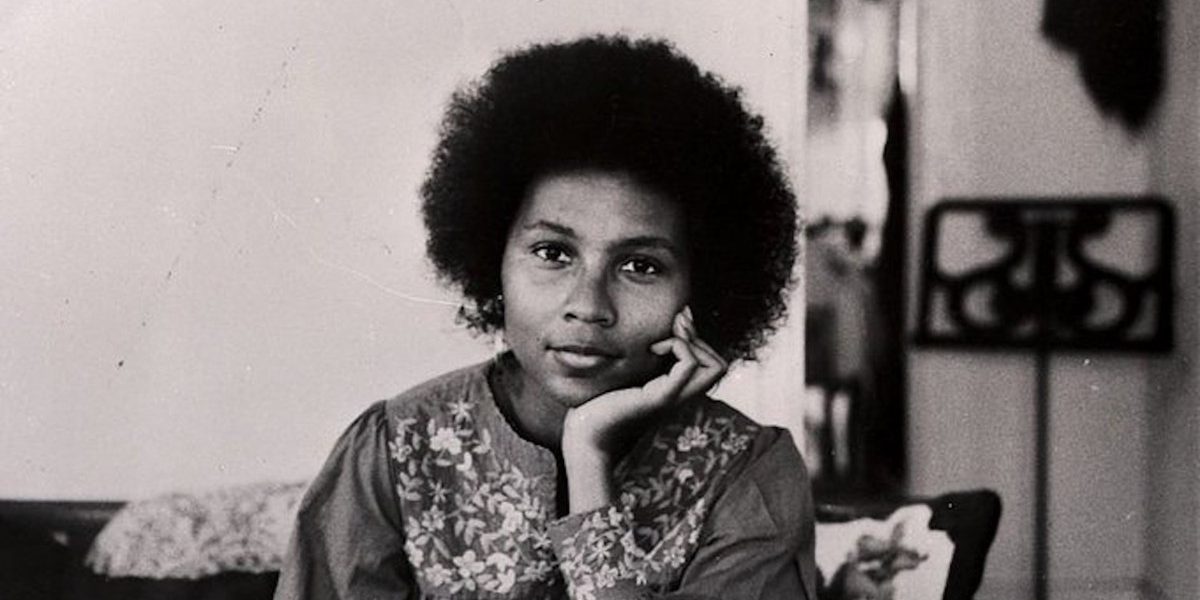 Love, politics, and the relation between the two have long been subject to debate on the left. Communist philosopher Alain Badiou argues against the conflation of love and politics, asserting that politics is the site of struggle, the collective, and enemies, while love is sharing and between individuals. Che Guevara in contrast wrote in Socialism and Man in Cuba “at the risk of seeming ridiculous, let me say that the true revolutionary is guided by great feelings of love. It is impossible to think of a genuine revolutionary lacking this quality.”

Few thinkers however have thought critically about love as much as the black feminist theoretician bell hooks, whose work has inspired generations of readers and activists. hooks specifically calls for love to guide our interaction with all others, beyond the narrow confines of the patriarchal family unit and romantic love with which love is typically associated in the everyday life of modern capitalism. hooks writes, “to love well is the task of all meaningful relationships, not just romantic bonds”.

Love as the practice of freedom

hooks’ uniqueness as a thinker stems partially from her willingness to consider the centrality of love in human life. hooks wrote extensively about love in texts such as All About Love: New Visions, Communion: The Female Search for Love, Salvation: Black People and Love, and The Will to Change: Men, Masculinity, and Love. To hooks, love is “a combination of care, commitment, trust, knowledge, responsibility, and respect” and in turn “the antithesis of the will to dominate and subjugate”. hooks argues in “Love as the Practice of Freedom” that the left is due to fully consider the role of love in our lives and political practice:

In this society, there is no powerful discourse on love emerging either from politically progressive radicals or from the Left. The absence of a sustained focus on love in progressive circles arises from a collective failure to acknowledge the needs of the spirit and an overdetermined emphasis on material concerns. Without love, our efforts to liberate ourselves and our world community from oppression and exploitation are doomed. As long as we refuse to address fully the place of love in struggles for liberation, we will not be able to create a culture of conversion where there is a mass turning away from an ethic of domination.

In hooks’ call for a love ethic to underpin activism Marxists may hear echoes of Lenin’s exhortation that socialists be “the tribune of the people” who seek to oppose all tyranny and oppression and produce a picture of capitalism’s exploitation and police violence. As hooks notes:

Without an ethic of love shaping the direction of our political vision and our radical aspirations, we are often seduced, in one way or the other, into continued allegiance to systems of domination—imperialism, sexism, racism, classism. It has always puzzled me that women and men who spend a lifetime working to resist and oppose one form of domination can be systematically supporting another.

For hooks, love is inextricably tied with the fight for justice. Claiming that there can be no love without justice, hooks argues passionately in All About Love: New Visions that “the heart of justice is truth telling, seeing ourselves and the world the way it is rather than the way we want it to be”. In turn, if love is to be more than a feeling and to be an action, then the practice of love requires education:

Embracing a love ethic means that we utilize all the dimensions of love- “care, commitment, trust, responsibility, respect, and knowledge” -in our everyday lives. We can successfully do this only by cultivating awareness. Being aware enables us to critically examine our actions to see what is needed so that we can give care, be responsible, show respect, and indicate a willingness to learn. Understanding knowledge as an essential element of love is vital because we are daily bombarded with messages that tell us love is about mystery, about that which cannot be known.

To hooks, love, among other things, is an action meant to facilitate growth. To be nurturing is to be able to see others as they are and then simultaneously be able to recognize their latent possibilities for flourishing and then strive to provide the conditions and care to actualize those possibilities. Seeing clearly that we “learn to look both inwards and outwards with a critical eye” and in turn foster awareness of both ourselves and the world around us. Love thus requires an “education for critical consciousness”. Socialists may find in hooks’ call for knowledge and education so as to facilitate action a mirror in the famed slogan “educate, agitate, organize”.

Writing from Ottawa in the midst of the far-right trucker convoy protest as they fly symbols of hate and the police step sideways to protect and accommodate them it is easy to get discouraged about the state of politics.  But seeing the resistance in Ottawa to the far-right shows the power of solidarity and love in action. As Martin Luther King Jr., who inspired hooks’s perspective of the revolutionary  love ethic, argued :

I know that love is ultimately the only answer to mankind’s problems. And I’m going to talk about it everywhere I go. I know it isn’t popular to talk about it in some circles today. I’m not talking about emotional bosh when I talk about love, I’m talking about a strong, demanding love. And I have seen too much hate. I’ve seen too much hate on the faces of sheriffs in the South. I’ve seen hate on the faces of too many Klansmen and too many White Citizens Councilors in the South to want to hate myself, because every time I see it, I know that it does something to their faces and their personalities and I say to myself that hate is too great a burden to bear. I have decided to love. If you are seeking the highest good, I think you can find it through love.