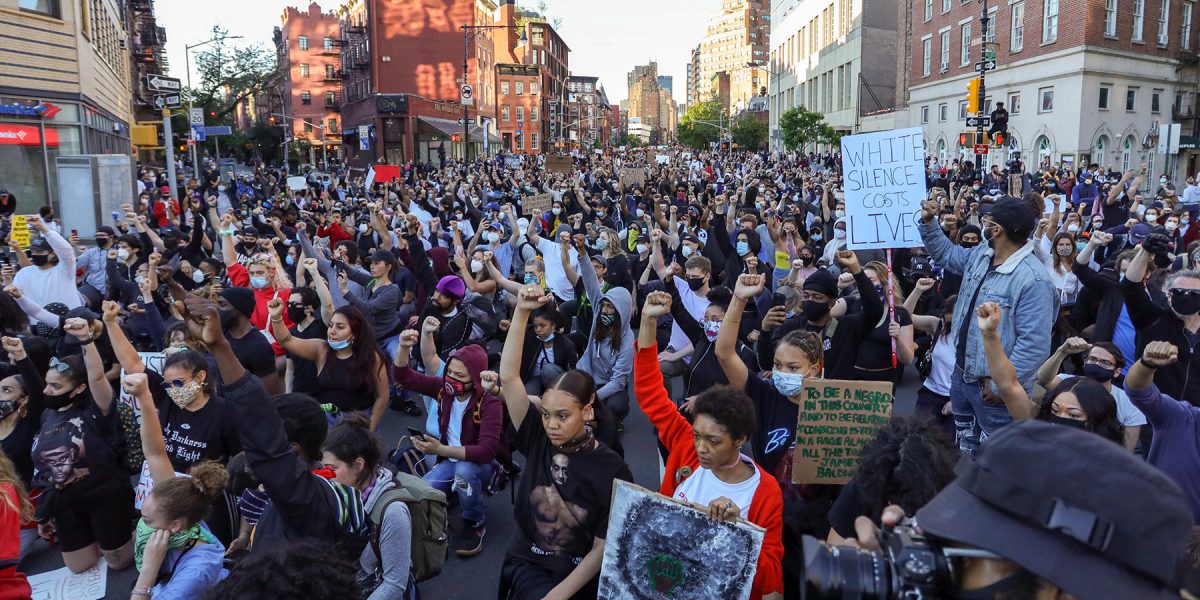 A few years ago, I was attending a black church in Toronto, and I took pride in attending a place of worship founded in the early 1800s by former slaves escaped from the U.S. One Sunday, I happened to sit in a pew ahead of a black cop in uniform. I faced forward, waiting for the service to start. But I was debating with myself, in light of the deaths of Andrew Loku, Jermaine Carby, and others, whether to ask how a black man could not only join but remain in the police force? Didn’t that make him a modern-day Uncle Tom?

I found my courage and asked a less accusatory version of the first question. I don’t remember his exact words, but his response involved a dismissive smile as he referred to “those guys,” implying that yes, there were cops guilty of lethal force, but it was somehow possible to continue serving and protecting the community as he was not one of them.

I wonder now if that same black cop has always been standing by, watching his fellow officers harass, assault, and murder civilians without intervening, with that same laughing expression as if they had only just misfiled some paperwork. If I, as an ordinary citizen, was a passive bystander to such crimes, I could rightfully be charged. Therefore, in a police force where the so-called “good apples” keep their silence about the “bad” ones, the whole tree is rotten, and none are worthy of being salvaged.

We need to stop being seduced by the politics of representation, the performance of tokenism when the elites place black faces in seats of power. It is Obama, along with presidential-hopeful Biden, whom Americans can thank for further militarizing the police. And in Toronto, having a black police chief, Mark Saunders, whose primary concern seemed to be growing the police budget, gave me absolutely no comfort when I had to call 911.

A black friend of mine was in mental distress, and I could no longer handle it on my own, so I dial those three numbers. Fortunately, everything worked out fine, particularly since it was the paramedics we dealt with and the police remained in the background. But while I was trying to soothe my friend, feeling helpless, worrying about getting to the hospital, blaming myself for not having done more, I was afraid I would regret calling for help. Underneath my anxiety for my friend percolated fear fed by the knowledge that though I could never imagine becoming victims of homicidal racism, we easily could be. That no matter how obvious it was to us that our lives mattered, it might not be to them. I wonder now how many 911 phone calls black and indigenous people are not making. How much desperately needed help is not being delivered because the lives of Abdirahman Abdi, D’Andre Campbell, Regis Korchinski-Paquet, and Chantal Moore have been extinguished by cops criminalizing black and brown bodies in a crisis of mental health?

As we hear more stories in the U.S., Canada and abroad of past and present police brutality, we are firmly reminded of how utterly unapologetic the system of white supremacy is. Defunding the police becomes the only viable option when the racial hatred is so virulent that it cannot contain itself even when the eyes of all the cameras are watching.

Yet what I see among these peaceful protestors to these legitimized lynchings is love. If we are the threat, why have we not risen up already and repaid the fear and violence that we have suffered? If we are the violent ones, why do still we seek opportunities for real dialogue? If we are the criminals, why do we still hope our oppressors will listen to their better angels and obey their conscience? If we are the savages, why are we the ones always pleading for justice?

To be brutalized, or to see our fellow brothers and sisters brutalized, and not give into despair or revenge, but still believe that those who’ve lost or sold their humanity can rediscover it–that is grace, that is compassion not only for the victims but those who harm. Because we know peace cannot begin with more violence, and we demand that those in power come to the same conclusion.