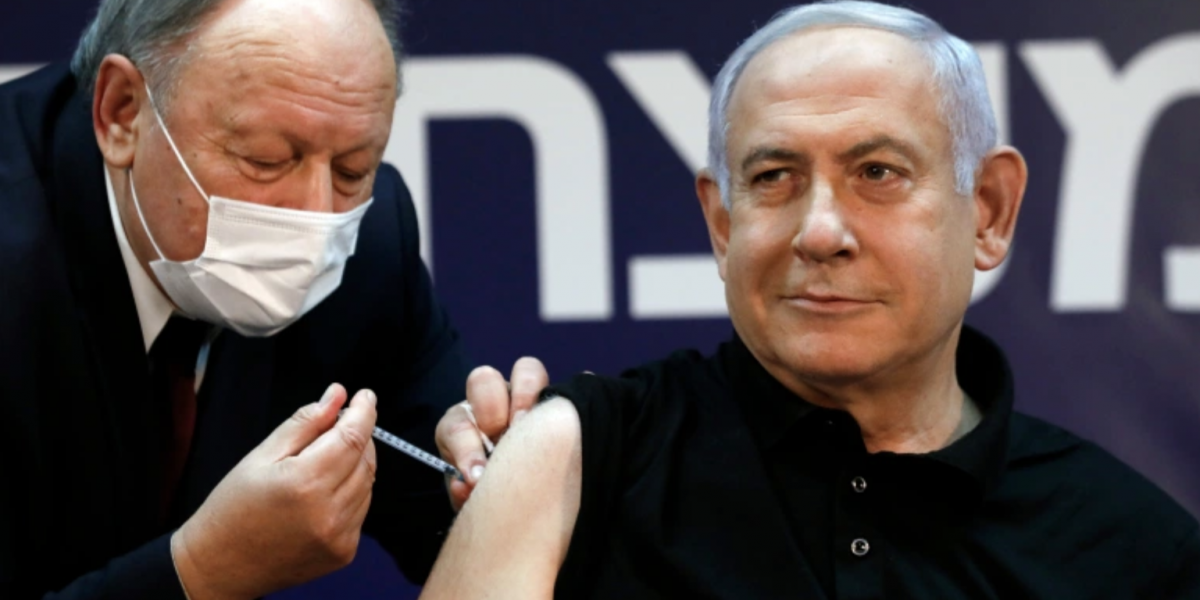 The COVID-19 vaccine has raised the hope for universal protection from the deadly virus. But its distribution is turning into a vaccine apartheid—from countries of the Global South volunteering for vaccine trials but not having access to the final products, to Israel leading the way to vaccinating its citizens while denying the vaccine to Palestinians.

Responding to calls from Palestinian human rights organizations, there has for years been a consistent call by Canadian civil society reminding Canada of its international obligations under the Fourth Geneva Convention. In addition Canada’s own domestic laws including the Geneva Convention Act and the Special Economic Measures Act requires action when other countries commit gross and systemic human rights violations. Canada is responsible for ensuring Israel as an occupier is held accountable and this would include its responsibility under Article 56 of the Fourth Geneva Convention for the health care of the people living in occupied Palestine. In response to ongoing Israeli human rights violations, there has been a call for sanctions on Israel until at least the closure of Gaza is lifted.

But Israel has intensified its violations during the pandemic, making Palestinians more vulnerable to COVID-19. As documented in a joint paper in July by Al-Haq, the Jerusalem Legal Aid and Human Rights Centre, and Medical Aid for Palestinians, “Israel’s fragmentation of the Palestinian people and de-development of Palestinian healthcare, as part of a systematic denial of Palestinians’ rights, has created a context of extreme vulnerability for Palestinians in Jerusalem, where the population density in Palestinian neighbourhoods is double that of Jewish ones, and where the inequity of distribution of social determinants of health between Palestinians and Israeli-Jews is evident. In this context, Palestinians have become ill-equipped to deal with any public health crisis, let alone the outbreak of a pandemic such as COVID-19.The susceptibility of Palestinians to the pandemic is compounded by specific patterns that have characterised Israel’s discriminatory response to the COVID-19 outbreak in East Jerusalem. This has included long delays in opening testing centres for Palestinians in East Jerusalem, delays in the provision of quarantine facilities, harassment, arrests, and persecution of local volunteers distributing aid materials and foodstuffs, closures of community-led initiatives to contain COVID-19 and raise awareness as to the pandemic, and the initial failure even to provide data on the numbers and rate of infections in Palestinian communities as well as to issue information and guidance for the Arabic-speaking public.”

In response, hundreds of letters were sent from across Canada to all federally elected members of Parliament, asking them to urge Prime Minister Trudeau “ to publicly urge Israel to stop its interference in Covid-19 testing delivery in Palestine” and “speak out about de facto on the ground annexation, human rights abuses and violations of international law” reminding that that ”Canada touted to countries around the world it would be a leader helping them combat Covid-19 during the June bid for a seat at the United Nations Security Council.”

Israel is now making the news for having vaccinated over 12 percent of its population with the first dose of the two-dose regimen of Covid-19 vaccine, doing so in the span of about two weeks. Meanwhile, Canada has vaccinated only one-third of one percent of its population with the first dose. Even without ramping up the speed of vaccination, this would see Israel on track to finish vaccinating its population by March. Canada is saying it will be much later in 2021 before it has vaccinated most people. At the rate that Ontario is currently vaccinating, it would take about eight years to vaccinate a population of about the same approximately 14 million people Israel is responsible for vaccinating. That said, Israel is only focused on the 9 million Israelis, not the 5 million Palestinian living in occupied Palestine. This reveals how militarizing vaccine delivery undermines health: while retired Canadian general Rick Hillier displayed his public health incompetence by slowing down vaccination over the holidays, Israel has ramped up a  24/7 vaccine delivery service but denied it to those most in need.

As an article in The Guardian explained, “Palestinians excluded from Israeli Covid-19 vaccine rollout as jabs go to settlers.” The article pointed out the obvious: that settlers living illegally in occupied Palestine were getting vaccinated, but the Palestinians in the occupied territory would not be seeing vaccinations for some time. The cash-strapped Palestinian Authority is expecting to start vaccinating about the time Israel will be wrapping up its vaccination, in February.

As the article explains, Palestinian access to the vaccine has to wait for “a World Health Organization-led partnership called Covax, aimed at helping poorer countries, which has pledged to vaccinate 20% of Palestinians. Yet vaccines intended for Covax have not yet gained emergency use approval by the WHO, a precondition for distribution to begin.” NDP MP Charlie Angus merely retweeted this article and was accused by pro-Israel organizations of anti-Semitism, an example of how the IHRA definition of anti-Semitism threatens to silence legitimate criticism of Israel while losing a focus on the real dangers of anti-Semitism.

But the article stopped short of including that Israel is once again ignoring its responsibility under International Humanitarian Law. As Article 56 of the 4th Geneva Convention states:

“To the fullest extent of the means available to it, the Occupying Power has the duty of ensuring and maintaining, with the cooperation of national and local authorities, the medical and hospital establishments and services, public health and hygiene in the occupied territory, with particular reference to the adoption and application of the prophylactic and preventive measures necessary to combat the spread of contagious diseases and epidemics. Medical personnel of all categories shall be allowed to carry out their duties.”

Israel’s rollout of the COVID-19 vaccine shows that rapid and mass vaccination is possible if there is political will. But it has been turned into vaccine apartheid to promote Benjamin Netanyau’s election while ignoring the bombardments, genocide, war crimes, and de-development of Palestinian healthcare. As Dr. Yara Hawari, Senior Analyst at Al-Shabaka: The Palestinian Policy Network, told Mondoweiss “a step in the right direction…would be for Palestinians to immediately be provided with the vaccine, because they live vulnerable lives, and are a vulnerable community. This priority shouldn’t be exclusive to Palestinians, but to other countries in the global south as well. Access to healthcare shouldn’t depend on whether you can afford it or not.”

An action you can take is to sign E-petition 3031 sponsored by Liberal MP Nathaniel Erskine-Smith that indicates that  “Under Article 1 of the Fourth Geneva Convention, all high signatories, of which Canada is one, are required to take actions to ensure that violations of the Fourth Geneva Convention do not occur under any circumstance” and calls Canada to hold Israel to account for illegal settlements, home demolitions, forced evictions and the blockade of Gaza.