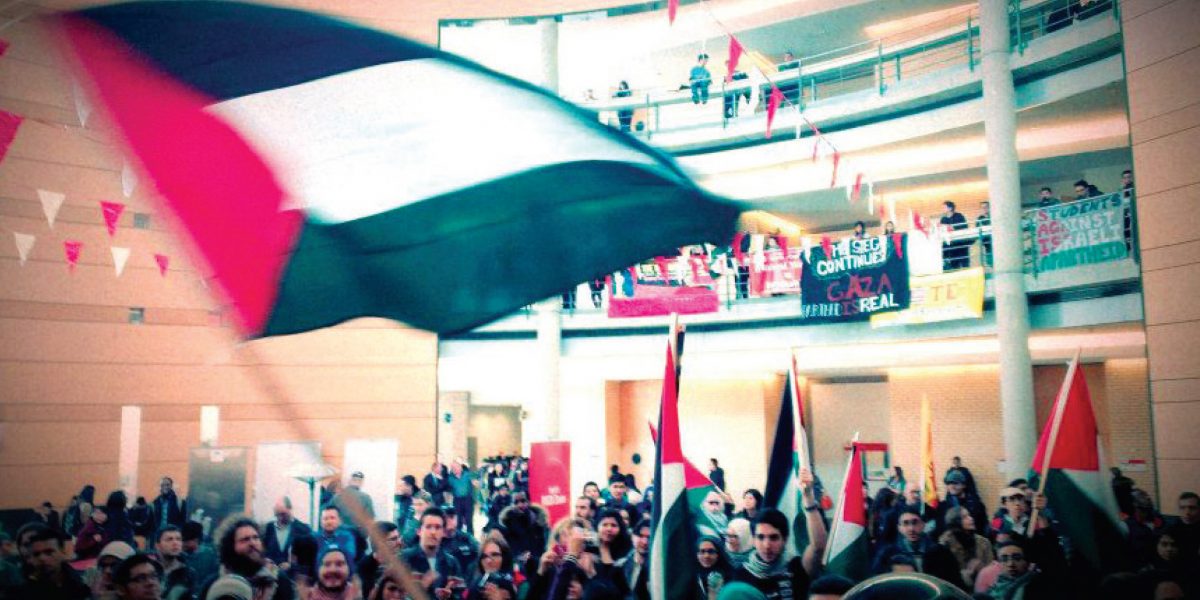 After forcing through implementation of the controversial International Holocaust Remembrance Alliance (IHRA) definition of anti-Semitism and then abandoning public hearings on Bill 168, the Combatting anti-Semitism Act, the Ontario government has denied access to information requests.

The IHRA definition conflates anti-Semitism with legitimate criticism of Israel, and Bill 168 threatens to legislate this attack on free speech. As a statement signed by over 30 peace and justice organizations explains,

“Antisemitism, in all its forms, cannot be tolerated. Unfortunately, recent disturbing incidents around the world have shown that it continues to be a serious problem. Strong and effective measures are needed in the struggle to eliminate it. On the other hand, true progress can only be achieved by fighting certain forms of injustice without inflaming others. While the objective is an important one, experience from around the world shows that some elements of Bill 168 are liable to being co-opted to stifle legitimate, non-discriminatory political speech…For instance, in 2019, a UK town council cancelled an annual charity bike ride for Palestinian children, citing uncertainty over whether hosting the event would run afoul of the IHRA definition. In 2017, Holocaust survivor Marika Sherwood was barred from giving a talk at Manchester University entitled ‘You’re doing to Palestinians what the Nazis did to me,’ after an Israeli diplomat objected, citing the IHRA definition.”

But on October 26, the Ontario government behind the scenes railroaded implementation of the IHRA definition through an Order-in-Council (OIC) and the next day abandoned public hearings for Bill 168. In response, Just Peace Advocates initiated multiple requests related to Bill 168, the OIC, and IHRA records under the Freedom of Information and Protection of Privacy Act (FIPPA) to four Ontario government offices—the Attorney General, the Premier’s Office, Cabinet Office and the Government of Intergovernmental Affairs.

Immediately upon receipt of the requests, the shared FIPPA office for the Premier’s Office and Cabinet Office asked that requests be combined for the two offices. This was unusual, as separate requests are normally required for each of these offices. Based on assurance from the FIPPA staff to Just Peace Advocates that the requests would cover both offices, it was accepted to proceed on this basis.

But the result was an across-the-board denial of all records. While it is understood that records can be denied (related to Section 12 – Cabinet records, Section 13 – advice to government, and Section 19 – Solicitor-client privilege, of the Act), it is rare that records would be completely denied. The rationales provided for the complete denial of records in itself is revealing, as was some of the process associated with the requests.

The same request to the Ministry of Intergovernmental Affairs resulted in the decision letter indicating that: “The search yielded one record that was responsive to your request. Access to the record is denied pursuant to section 15 of the Act as disclosure could reasonably be expected to prejudice the conduct of intergovernmental relations by the Government of Ontario.” One is left wondering what that record could possibly say, and was it to the federal government, which seems most likely, or to municipalities.

On November 13, Deputy Attorney General David Corbett in correspondence to the Canadian human rights organization, Just Peace Advocates indicated that the OIC “reflects the endorsement of the Lieutenant Governor in Council of the working definition of Antisemitism, as adopted by the International Holocaust Remembrance Alliance on May 26, 2016” and “the decision of the government of Ontario to adopt that definition for matters within the discretion of a Ministry of the Crown”.

Using a pandemic to shut down public hearings

As I have written previously, MPPs were clearly quite taken aback by the huge amount of interest in Bill 168, with indication that they had received over 3,000 emails from “each side of the Bill” and their phones were ringing off the hook when people heard the committee was reviewing the Bill.

But the Standing Committee Bill 168 public hearing did not proceed, supposedly because of COVID-19. The December 14th letter from the FIPPA official states that “Bill 168, Combating Antisemitism Act, 2020, was ordered to the standing committee on February 27, 2020. However, as a result of the global pandemic, the committee hearing did not proceed as scheduled. As of October 22, 2020, this item is still noted as being under consideration at the committee.”

But this does not reconcile with the transcripts of the standing committee itself. The correspondence also indicated that “as of October 22, 2020, this item is still noted as being under consideration at the committee.” Of course the Committee meetings actually did take place on October 22, and October 27, with the later session being in camera.

The FIPPA office took special attention to note that Bill 168 is still waiting consideration at committee. This is very similar to the November 13 correspondence from Deputy Attorney General Corbett which indicated that the Order-in-Council “does not otherwise impact any decision of the Legislative Assembly with respect to Bill 168. The Legislative Assembly operates entirely independent of the Executive Branch of Government and will make its own determination on the status and progress of trust Bill.” It is almost like saying be aware—don’t count that Bill 168 is going to die on the order paper as do most private member bills.

Where to go from here

It seems that by early 2021 the process to implement the OIC across the Ontario government ministries will be underway, and so it seems prudent that there be some additional FIPPA requests related to the actual implementation in central agency and line ministries. If records to the outstanding requests are dodged, it seems appeals to the Information and Privacy Office will be necessary.

In the meantime, we are well advised to keep our eye on Bill 168 just in case it moves forward without hearings towards Third Reading. We have asked the Ontario NDP to support a petition calling for the revoking of the OIC, the withdrawal of Bill 168 and the condemnation of IHRA. But we have been told the party caucus would not support even the tabling, let alone the presenting, of such a petition. This leaves us realizing that while the ONDP may have supported hearings for Bill 168, that they are not ready to play the role of the opposition fighting the IHRA.

It seems that due diligence to insist on accountability is challenging, but it is certainly important in regard to Ontario’s plans related to IHRA.