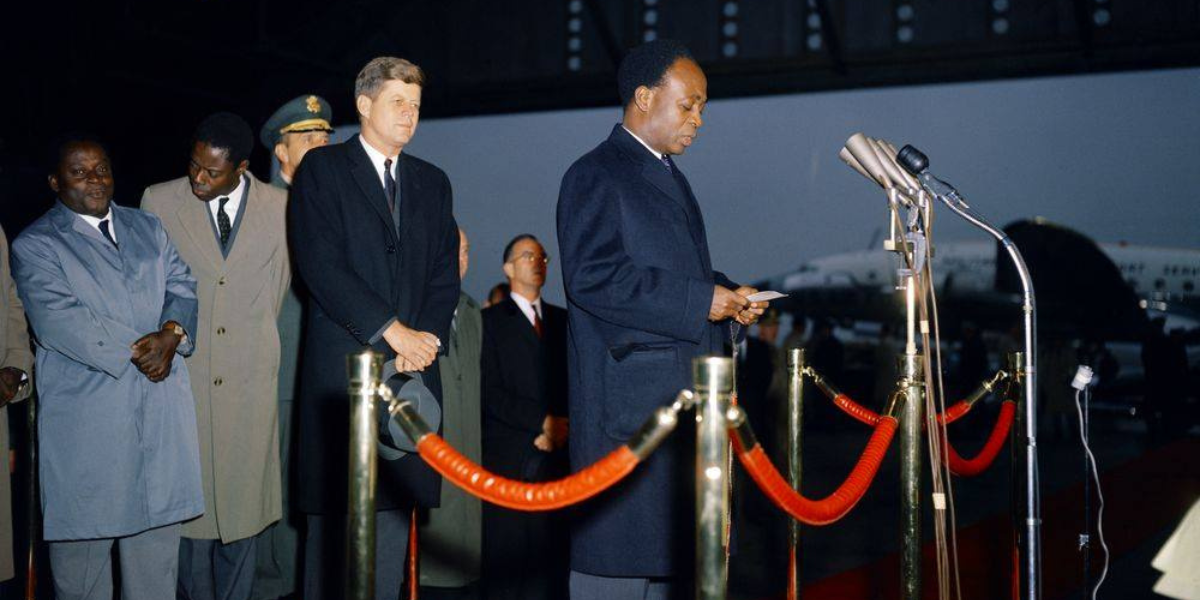 White Malice: The CIA and the Covert Recolonization of Africa by Susan Williams  (Public Affairs, 2021)

There is no denying that many countries in Africa face major challenges. Hunger, unemployment, lack of electricity, poor governance, poor healthcare and corruption are major obstacles for many African nations. Solving these problems requires looking at the root of the problems and working to correct them. Any analysis of these problems that does not include colonialism and the interference by Western powers in the post-colonial period will be incomplete and misleading.

Ignoring the active role played by North American and European nations has led many commentators to make wrong-headed and often racist conclusions about the causes and solutions to the problems facing the continent. One of the foremost causes of the suffering and political turmoil facing the continent has been the USA’s Central Intelligence Agency (CIA). Susan Williams’ book, White Malice: The CIA and the Covert Recolonization of Africa, sheds valuable light on the extent to which the CIA worked to undermine, frustrate, stifle and outright kill any chance for independent development in Ghana and the Congo.

The threat of independence

Williams opens the book with a detailed description of the moment in 1957 when Ghana became an independent nation, highlighting the leadership and optimism of President Kwame Nkrumah, the hope of a continent and the inspiration of a Black diaspora and a growing Third World Movement that saw in Ghana a future for them all. The Third World, or Nonaligned movement, was a group of countries, including India, Indonesia, Egypt and Ghana, that attempted to form a third force in global politics through a policy of non-alignment with the US and USSR.

Unsurprisingly, the US government and state apparatus saw in Ghana only potential danger. They were concerned that independence from the British would provide inspiration to other nations seeking independence, leading to “disorderly development”, and would lead to a closer relationship with the US’s rival the USSR. US hostility to African independence was justified in incredibly racist terms, with then vice-president Nixon claiming that the Africans “had only been out of the trees for 50 years.” Any country seeking independence from European powers was a potential threat to US “national security”, including the Congo where there was a movement growing against Belgian rule.

Williams explains why Africa was viewed as such a priority by the US government and the extent to which they prioritized intervention there. During World War II, the Nazi occupation of North Africa was viewed as a potential threat to the Americas, so the US constructed air bases in strategic areas of Africa. The war ended, but the bases remained. Uranium from the Belgian Congo had been essential to the Manhattan Project, which produced the first atomic weapons that would decimate Hiroshima and Nagasaki. As Ghana became a political inspiration to the continent and the Congo moved closer and closer to independence, the threat of resource industry nationalization and an independent economic policy loomed large for President Dwight D. Eisenhower’s government. The internal documents that Williams cites make it clear: anything other than direct support for the US government was viewed as siding with the USSR.

The US moved to ensure access to uranium resources for the United States (as well as the Congo’s reserves of copper, cobalt, and industrial diamonds), whatever the cost. Williams book is filled with internal documents from the period, revealing in great detail the extent to which various levels of the US government were willing to go to secure what they saw as a vital area of national security. Writing as early as 1951, a report from the office to the Secretary of State urged that the director of the CIA, “should initiate plans and preparations for covert counter-sabatoge to improve the military security of the Belgian Congo and particularly that of the Shinkolobwe Mine.”

Using archival sources from eight countries and the United Nations, Williams shines light on the varied and insidious ways in which US intelligence worked to undermine and sabotage any move for independent politics on the continent. Williams writes, “Assasination, overthrowing elected governments, sowing conflict between political groups and bribing politicians, trade unionists and national representatives at the UN were some of the clandestine and coercive strategies used by the CIA to support American plans for the African continent. Other strategies took the form of soft power initiatives: the secret sponsorship and infiltration of educational facilities, artistic endeavors, literature and Africa-focused organizations.”

For the bulk of the book, Williams documents the CIA’s deep involvement in the tormenting, stifling and eventual assasination of the Congo’s first democratically elected prime minister, Patrice Lumumba. As Nkrumah noted in his 1967 book, Challenge of the Congo: “[The Congo] is the most vital region of Africa. Military control of the Congo by any foreign power would give it easy access to most of the continent south of the Sahara…[not only due to its central location] but to its vast area and tremendous resources.”

The US bribed soldiers, financially supported “moderate” politicians within the Congo and used a labyrinth of non-profit organizations to fund opponents, operatives and even pay protestors to skew the public image of Lumumba and prepare the ground for his removal by any means necessary. Messages straight from the director of the CIA, Allen Dulles, to agents in the Congo stated “Lumumba’s removal must be an urgent and prime object and…should be a high priority of our covert actions.”

This book is anything but concise. Williams takes great care to provide evidence of just how far the CIA’s reach went, the organizations it funded, the many different ways it tried to gain access and the willingness to use violence to achieve their goal of a compliant and capitalist Africa. Unsurprisingly, the intense use of sabotage to ensure that Ghana and Congo did not develop a political relationship with the USSR drove the embattled leadership closer to America’s rivals. In a sort of self-fulfilling prophecy, this confirmed US suspicions and served as justification for intervention.

Ultimately, CIA intervention in Africa was “successful” in their terms. Patrice Lumumba was tortured, shot to death and his body dissolved in acid; United Nations Secretary-General Dag Hammarskjöld died in a mysterious plane crash; a US puppet-regime was installed in the Congo; and Nkrumah was overthrown by CIA collaborators and its state corporations were privatized. Following the intervention in Africa to “halt Soviet incursion into the region”  for the next 31 years “the Congo was ruled with an iron fist by Mobutu—a dictator chosen by the US government and installed by the CIA.”

This story is not uniquely African: the dogged determination of the CIA to snuff out the hard-won democracy of these newly-independent nations has been repeated in many different nations around the world. Since its inception the CIA has, and continues to, work to influence the politics of other nations for the benefit of the US, usually leaving a trail of bodies in its wake and a political landscape so fractured that it gives rise to some of the most reactionary and violent political expressions. This has been the experience across Asia, Africa, the Middle East and parts of Europe.

This book is essential reading, and a great companion to The Jakarta Method, to dig into the history of US intervention into the political hopes of countries around the world and the extremely damaging effect it has had on the world. Books such as these are important for unmasking the role of the CIA and preparing us to respond as the thousands of people around the world did to Lumumba’s death–with international solidarity and mass, disruptive protests across four continents.