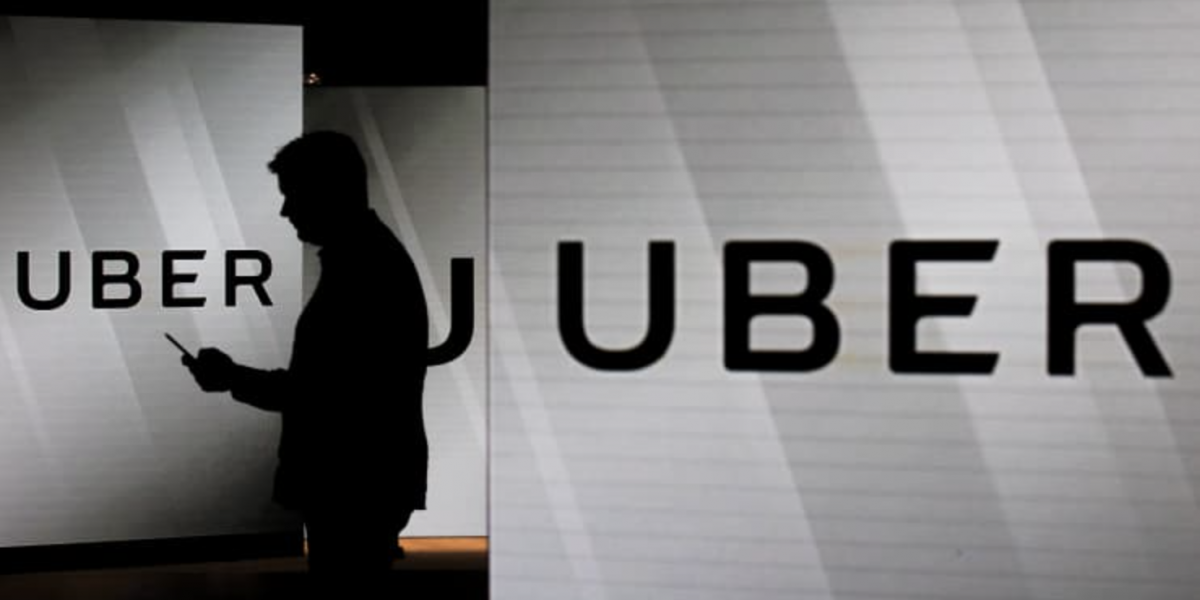 Less than 12 hours after co-sponsoring a labour-led discussion on the rights of gig workers, United Food and Commercial Workers Canada (UFCW) announced it had come to a deal with Uber to represent 100,000 of its workers.

Uber drivers were made aware of this deal on Thursday via the app from Uber. Some drivers even reported being contacted by UFCW themselves, even though they had no previous contact with the union.

The joint press release of this deal announced that, “as part of the agreement, Uber Canada and UFCW Canada commit to support government reforms that introduce benefits but also protect worker flexibility.” Meaning that UFCW was going to commit itself to lobby governments to introduce “third way” classification for app-based workers–exactly what gig workers have been fighting against.

Uber and UFCW stated they would aim to lobby for rules that would provide gig workers with minimum earnings of at least 120% of local minimum wage, a benefits fund that includes pension and sick pay, and other workers’ rights.

The agreement between UFCW and Uber entrenches the misclassification of gig workers as “independent contractors,” even though they meet all the criteria of an employee and should be covered by existing employment law, such as Ontario’s Employment Standards Act (ESA). Under the UFCW-Uber deal, gig workers will not be considered part of the union and will not have a collective agreement, enforceable union rights, or access to minimal labour protections under the law.

The announcement came as a shock to gig workers themselves, who were unaware a backroom deal was being cooked up in their name and who were not consulted about it. While UFCW has had an on-going campaign to organize 300 Uber Black drivers, it does not have exclusive or deep roots amongst Uber’s 100,000 drivers and delivery workers. The Canadian Union of Postal Workers (CUPW), through Gig Workers United, is also organizing app-based gig workers, many of whom work for Uber.

Most union drives involve workers themselves, but not this one. The deal was stitched up between Uber and UFCW, behind gig workers’ backs. When workers attempt to organize their workplaces,  it is not uncommon for employers to accuse unions of being an outside third party, separate from the workers. The reality is that unions are simply the collective voice of workers, workers are the union. But in this case, UFCW is the outside third party. It was Uber, not the workers, that chose UFCW.

In effect, UFCW is acting like a “company union.”

As law professor David Doorey noted in his blog, this “private representation agreement” between Uber and UFCW might run into legal issues as “Uber is in dangerous unfair labour practice territory if it claims that it will only communicate with drivers about the UFCW and no other unions.” Uber is favouring one union over another, denying workers their legal right to choose how they should be represented

In its joint statement with Uber, UFCW revealed it is providing free representation to Uber drivers and delivery workers facing account deactivation or other account dispute issues, and that this service is at least in part funded by Uber. UFCW gains exclusive access to workers, while Uber gains a commitment by UFCW to help lobby for new rules for app-based gig workers.

UFCW has for many years insisted, along with the rest of the labour movement, that gig workers are misclassified as independent contractors and should have access to the same employment protections and benefits as all workers.

UFCW was a signatory to the Gig Workers’ Bill of Rights, which makes clear that “a worker is a worker” and calls for “full employment rights with no carve-outs from minimum wage, sick leave, vacation pay, and other minimum employment standards.”

In March of 2021, Uber unveiled its Flexible Work+ proposal, an effort to lobby provincial governments for new rules that “combines the freedom of independent work with new benefits and protections.” Based on California’s Proposition 22 (an anti-labour ballot initiative passed in 2020), this was an attempt by Uber to forestall efforts that demanded Uber and other app-based employers stop misclassifying their workers as independent contractors.

Flex Work+ is about preventing unionization and keeping an exploitative employment model in place. Despite all Uber’s talk about “workers’ rights,” Flex Work+ is designed to deny Uber employees the basic rights and protections they deserve–and are owed by law.

Gig workers who work for companies like Uber do not have access to basic employment rights because they are misclassified. They have no access to Employment Insurance, Canada Pension Plan, injury compensation, or termination pay. They are not covered by the minimum wage, are regularly not paid for the actual hours they work, and have no recourse if they are cut off from the app.

Uber’s Flexible Work+ wants to create a new category of employment with lower standards. Instead of regular access to benefits like other workers under the ESA, Uber is proposing  “self-directed benefits,” most likely accrued during engaged time, not actual hours worked. These benefits would be controlled and administered by Uber. Flexible Work+ would not ensure workers have access to the minimum wage, be covered by the ESA, or have access to CPP, EI, or injury compensation. It would not give workers more rights, it would simply codify misclassification and ensure that companies like Uber could continue using this exploitative labour model.

When Uber announced Flexible Work+ in March 2021, UFCW released a statement called, “Uber Flexible Work+ scheme nothing but a cynical ploy to ignore labour rights”. Paul Meinema, UFCW Canada National President, noted that “Uber is really just flexing and dodging the fact that they are the employer, and its workers are employees who are entitled to the full protection and rights under current labour laws, including the right to unionize.”

In June 2021, after months of lobbying by Uber, Doug Ford’s Conservatives announced the Ontario Workforce Recovery Advisory Committee (OWRAC) to look at the future of work in the province. The committee was composed solely of pro-business voices and had no union or gig worker representation. One of its three pillars, “How to ensure Ontario’s technology platform workers benefit from flexibility, control, and security?”, mirrored Uber’s Flex+ framework.

Leading up to the federal election in the summer of 2021, Conservative leader Erin O’Toole hired Dan Mader as his Director of Policy. Mader was a corporate lobbyist for Uber.

So it was no surprise that one of O’Toole’s more splashy campaign promises was to create a separate portable “Employee Savings Account” for gig workers. The proposed plan sounded like the Conservatives were taking an innovative approach, but the reality is their plan entrenched misclassification. Rather than having access to a full $595 a month under EI, gig workers would receive $100 a month. This plan would also have forced gig workers outside the CPP and into the hands of riskier private pension plans.

While this proposal died on election night, it is clear that Uber is desperate to push Flexible Work+ and avoid having to treat its workers as workers, with full access to the rights and benefits they are owed.

This is why UFCW’s deal with Uber is so odious. Instead of supporting the Gig Workers’ Bill of Rights, a robust vision of workplace standards that gig workers need and deserve (and which gig workers developed themselves), UFCW has thrown its lot in with Uber, the business lobby, and the Tories. The move has created a division in the wider labour movement, while giving momentum to Ford’s plans to create a third category of employee with fewer protections and rights.

The consequences won’t just affect Uber workers or gig workers. They represent a threat to the labour standards of all workers across Canada.

According to Jennifer Scott, an Uber Eats delivery courier and president of Gig Workers United, “What this does is it enshrines Uber’s current business model, under the progressive guise of allowing its workers to unionize.”

UFCW’s commitment to lobby governments alongside Uber for a model that ensures flexibility is a huge blow in the fight for workers’ rights. While fighting for rules that promise “120% of local minimum wage, a benefits fund that includes pension and sick pay and other workers’ rights” might sound promising on the face of it, it has all the earmarks of Uber’s Flexible Work+. If workers are only getting paid and accruing benefits during “engaged” time, and if Uber is avoiding making CPP, EI, and WSIB contributions, what we have is a union that is supporting substandard labour rights, not just for one company, but for the entire economy.

For Uber, its unambiguous goal is to entrench an inferior employment category that maximizes its profit at the expenses of its employees and basic labour law. Once they secure this business model, there’d be no stopping them from rolling back all their other promises.

Gig Workers United, the Ontario Federation of Labour, and other worker organizations are clear: by every measure, gig workers are misclassified as “independent contractors” and should have access to the same employment standards and benefits as all other workers. There is no need to create special employment standards for app-based gig workers. Workers should be assumed to be employees under the law and the onus to prove otherwise should be on employers.

The UFCW-Uber stitch-up is a huge boon for Uber, the business lobby, and for Conservative governments that have been the most vocal supporters of enshrining two-tier labour standards. This will only encourage the growth of this kind of work and make it harder for all workers to fight for their rights. As CUPW aptly put in their statement about the UFCW-Uber deal: “The best future for app-based workers is full employment rights. Period.”

Show your support for gig workers and sign the Gig Workers’ Bill of Rights.