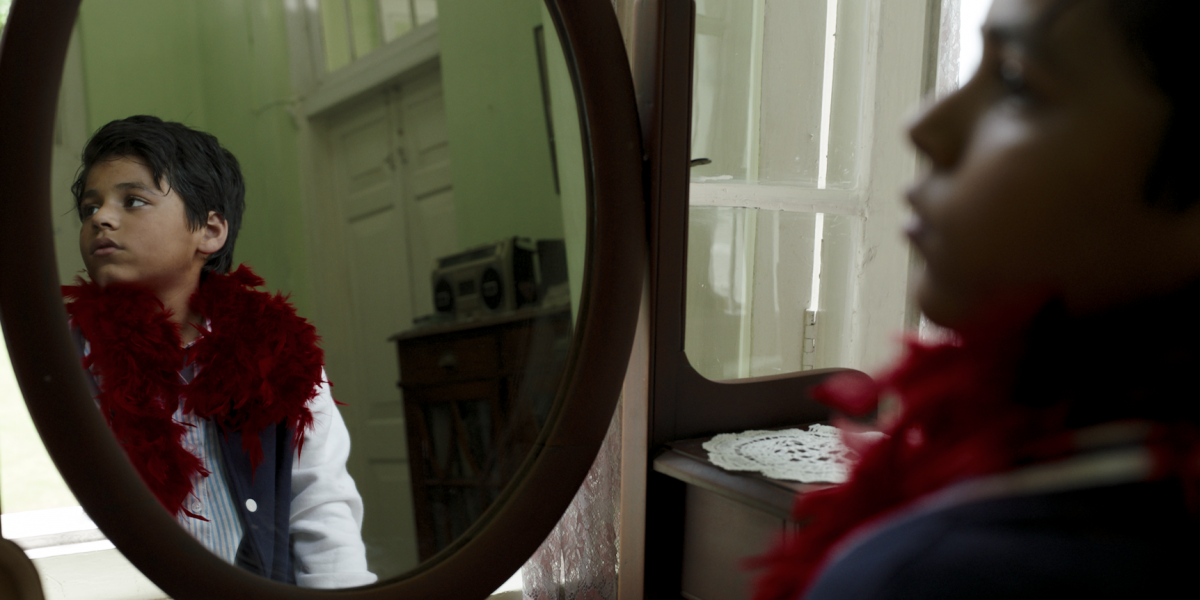 Deepa Mehta’s latest film, Funny Boy, is a queer coming-of-age story set in the backdrop of the Sri Lankan Civil War. Based on Shyam Selvadurai’s novel of the same name, the film received backlash from the Eelam Tamil diaspora community for its choice of actors and language that misrepresents the community. The main cast is composed of entirely non-Tamil actors, leaving a shadow of irony on a film intended to depict ethnic genocide.

Funny Boy follows Arjie Chelvaratnam, a young Tamil boy from a wealthy family, as he explores his sexuality and navigates systematic discrimination in Colombo, one of Sri Lanka’s major urban centres. Arjie matures from a creative and sensitive young boy to a confident teenager while developing his political identity as a Tamil queer person.

However, Arjie’s awareness of being doubly oppressed is oversimplified on screen. The film seems split between two parallel stories, and we never really get to see how the external political currents are shaping the protagonist’s interiority. Mehta’s treatment of Arjie’s queer struggle as seperate from the Tamil struggle underscores the film’s half-baked understanding of its own theme.

The politics of language and representation

In one of the scenes defining Arjie’s political consciousness, he is seen rushing down the stairs to help injured civilians. His (self-proclaimed) apolitical businessman father stops him by saying, “when you open your mouth, they will know that you’re Tamil.”

Tamils are an ethno-linguistic group, meaning that language plays a significant role in their identity. Sri Lanka’s Sinhala-only policies limited the Tamil community’s participation in public life and government. This move further solidified the communal tensions between the two groups.

Yet, the film casts non-Tamil speakers in key Tamil roles, even casting a Sinhalese actor as the lead Tamil protagonist, Arjie. The fact that a Sinhala actor occupies Arjie’s history as a Tamil represents at large the state occupation of Tamil homeland by dominant Sinhala nationalists and military – a nuance overlooked by Mehta, a Canadian director of Indian descent. India had supported the Sri Lankan government and army in fighting against Tamil resistance to protect India’s own neo-colonial interests at home.

In a roundtable discussion with NOW Toronto, Mehta said, “at the end of the day, we are all South Asian.” This statement is a glaring misjudgment from someone intending to tell the story of how some South Asians are treated less than others because of their language, religion, and culture. The regional hegemonies of South Asia are much implicated in the process of making Funny Boy.

Liberation Tigers of Tamil Eelam (LTTE) are present throughout the film, either inconspicuously amidst tea-time denunciations in upscale living rooms, or front and centre through the character of Jegan, a “reformed” Tamil Tiger arriving at Arjie’s father’s vacation resort to work as a staff member.

Jegan is a reserved man with much conviction and possibly my favourite character. He drives the moral consciousness of the film and disrupts the luxurious bubble of upper class Colombo society. Arjie, his siblings, and his mother grow fond of Jegan and sympathetic to his politics of liberation and self-determination.

The positioning of the only working-class character in the story as a former Tamil Tiger speaks to the LTTE’s politics of revolutionary socialism. The Sri Lankan elites had inherited power from their British predecessors and the power struggle between the two ethno-linguistic ruling classes would trickle down through various levels of society. LTTE’s formation answered the call of Tamil peasantry in the north and east and the urban working class youth who were resisting militarization, occupation, and genocide.

In one scene, Nalini, Arjie’s mother, mentions, “They [the Tigers] are not fighting for us” – reminding viewers that the struggle for Tamil homeland is a class struggle that is not concerned with the Tamil elite’s approval. What it also highlights is that social movements come from the bottom-up and not top-down.

The Chelvaratnam family is unique in this political landscape since their wealth offers certain privileges to distance themselves from the Tamil insurgency. Chelva, the Chelvaratnam patriarch, is vehemently indifferent to the struggle for a Tamil homeland. There is an imagined separation between Eelam and Colombo. When tensions start to grow in the city, Chelva resorts to blaming it on the LTTE instead of recognizing the chauvinism of the Sinhalese elites.

The real challenge to Chelva’s ideology comes when Jegan is apprehended with false accusations under the Prevention of Terrorism Act (PTA) – an anti-terror legislation meant to target the LTTE and quell the movement. Although Chelva is fully aware of Jegan’s innocence, he is unable to put his business interests aside to advocate for Jegan’s release.

Chelva lives by the motto, “your goal is to make good money without stepping on anyone’s shoes,” as do many business elites who would want national unity for economic activity to prosper. But the flaw in this idea is that inequalities — economic, social, racial, and religious — are features of capitalism.

As the film uncovers in the latter half, the horrific anti-Tamil pogrom of 1983 specifically targeted Tamil shops and businesses, destroying thousands of Tamils’ lives on the island, making many more refugees. The Tamil business elites’ inaction leading up to that moment only succeeded in further marginalizing the Tamil working class. Black July riots had ultimately benefited the Sinhalese bourgeois class.

Funny Boy seems like a lost opportunity for something great. Its rich premise could have introduced a lesser discussed liberation struggle to mainstream Western audiences. For whom the film was made is primarily left unanswered, considering its disservice to the Eelam Tamil community. Mehta condenses a complicated history of struggle within layers of bourgeois trivialities – a reductive approach to the radical politics underlining the Tamil Eelam liberation movement.

Despite the Sri Lankan Civil War ending in 2009, the militarization of Tamil Eelam and the state-backed Sinhala-Buddhist chauvinism continue on the island. The international audience must seek out stories of the struggle and stand behind the Tamil community and its diaspora in their right to self-determination. However, these stories are better served when told by the people from the movements, instead of a director whose relation to the struggle is complicated at best. The holes left by Mehta’s adaptation of a story that holds considerable depth and significance to the Eelam Tamil community are not lost on me.

Funny Boy is streaming for free on CBC Gem