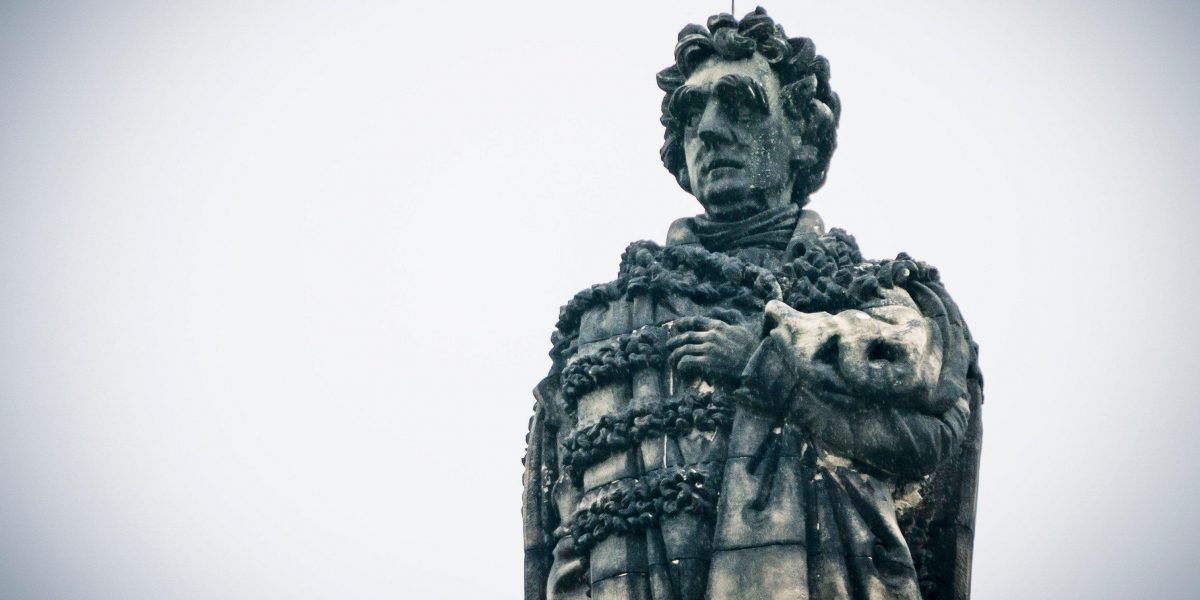 This is an historic moment in time where Toronto has voted to re-name Dundas Street & Dundas Square. But I do not think we should celebrate as much as we should be diligent and beware of the backlash from those determined to defend their pride in this historical figure.

Re-naming is not a meaningless gesture for descendants of the African slave trade, and it’s clearly not meaningless to those opposed to this action either. There are many Toronto elite who feel the need to fight this decision. Although we can’t make them happy, we can work to lessen the confusion that will purposefully be created by the powers who profit from racial division.

All the deputations I heard last Monday in favour of re-naming were excellent, and I appreciated the speech given by Faith Justice on behalf of the city’s Confronting Anti-Black Racism unit. All the deputations I heard against re-naming were trying to push back against the truth of Henry Dundas’ actions, which had already been well-recorded in history; or they were trying to push back even against putting the question into a petition, and against having the nerve to sign it.

“Was Dundas for the slave trade or was he against it?” Is this even a serious question? At an Executive Committee meeting last week, a Scottish historian outlined how the elite in Scotland felt vastly differently about Dundas than the general population where there were pockets of resistance from many of his own countrymen who tried to resist his continuance of the slave trade and would never mistake Henry Dundas for an abolitionist.

As much as re-naming is a nice gesture for part of the population, it is also provocation to those who feel that their power is being taken away. Interesting how some might feel their power is in an ancient monument or long dead lawyer or politician, but nevertheless this kind of feeling seems prevalent among white supremacy idealists. Because monuments do symbolize more than the historical figures: they symbolize the continuance of white supremacy today.

Racial division is a popular strategy used by big bosses and landlords to whom continued exploitation means higher profits, and more funding for police and prison industrial complex to name a few. BIPOC have long been under the heel of this historically racist colonial system. We are still suffering from the effects of the past due to these same biases baked into the foundation of our social systems.

Black people know that their ancestors’ lives were forcefully erased and cancelled by slavery—a part of “Canadian culture” for 200 years. Colonialists know their objective has been to hide and deny these facts. It seems obvious that knocking over statues and re-naming squares do not compare to large-scale death and bloodshed caused over centuries by the cruel and lucrative trans-Atlantic slave trade…and yet nearly half of North American colonialists’ ancestors are quick to say they DO feel like it compares.

The government sanctioned renaming of their past heroes burns a bit, but it will not destroy their families and will not unleash a century of genocide upon any settlers’ lives. Canadian culture is not being erased or “cancelled”. Genocide is the reality of being literally cancelled, so it’s time to face the truth and stop flipping the narrative about who has been cancelling who.

Black people are not coming for white people; that’s dangerous fear-mongering that provokes some people to arm themselves with deadly weapons against leftists, socialists, and BIPOC who are not coming to pull down real white people along with confederate statues. Let’s be clear: monuments removed or re-named streets do not spark violence from those who are finally being respected from such removals. But it could spark violence from those rushing to defend their stone-cold statues.

The reason some non-Black and non-Indigenous people feel threatened is because they fear the retribution of the tables being turned on them. It’s kind of a reactionary habit turned into a permanent fear. Oppressors often feel threatened by those who they oppress. There is no doubt in the oppressors’ progenies’ eyes that they are now being cancelled, erased, and vilified, along with their history. It’s not their physical lives but it’s their culture they feel very defensive about, considering they were raised to be very proud of it. But it doesn’t even slightly compare to what victims and descendants of the African Slave Trade suffered for centuries.

Yet we have not plotted to turn tables; we mainly ask for our equal, deserved seat at the table. We know the pain of being dehumanized and demonized, that’s the nature of racism, and therefore that’s not the goal of #BlackLivesMatter and other BIPOC movements. In renaming Dundas, Toronto has now admitted there has been racism in the making of this country. I can’t imagine there won’t be retribution from those who prefer to blame poverty and all of society’s ills on the “culture” of  Indigenous and African descendants.

Re-named public spaces can actually open up an opportunity for racial justice, for all members of society to be equally respected. We need people of all racial backgrounds to be demanding accountability for disproportionate harms caused by systemic racism that is ongoing. People of all backgrounds can now understand that having a public space and street named in honor of a founding colonialist who had the power to stop the slave trade but felt it ‘best’ not to, is anything but respectful. That means getting all our equity partners in place and working to gain more partners in understanding the need for racial equity. Toronto’s Partnership and Accountability Circle has critical resources, plus a plan in place to address the inevitable fallout from asking for truth and equity, and getting a positive result that shows the city can be held accountable.

Renaming Dundas is an admission that the ‘old guard’ does not have to hold court over Black people in this city any longer. But for this to be more than a gesture, the city needs to follow through with partnerships with Black communities (who need fair housing and labour policies); with Black business owners (like those in Little Jamaica); Black engineers like Khaleel (who should not be sued for using his ingenuity to help people experiencing homelessness); with Black planners in this city who should have more planning opportunities to literally build fairness into city spaces and structures (which is important to me as a member of Ontario’s Professional Planners Institute’s Anti-Black Racism Committee.)

The bottom-line: this is a truly historic time of reckoning where character can no longer be concealed, and personal motivations are revealed. A time where people decide on either peace and unity, or hatred and division; either pretense and obfuscation, or truth and reconciliation.