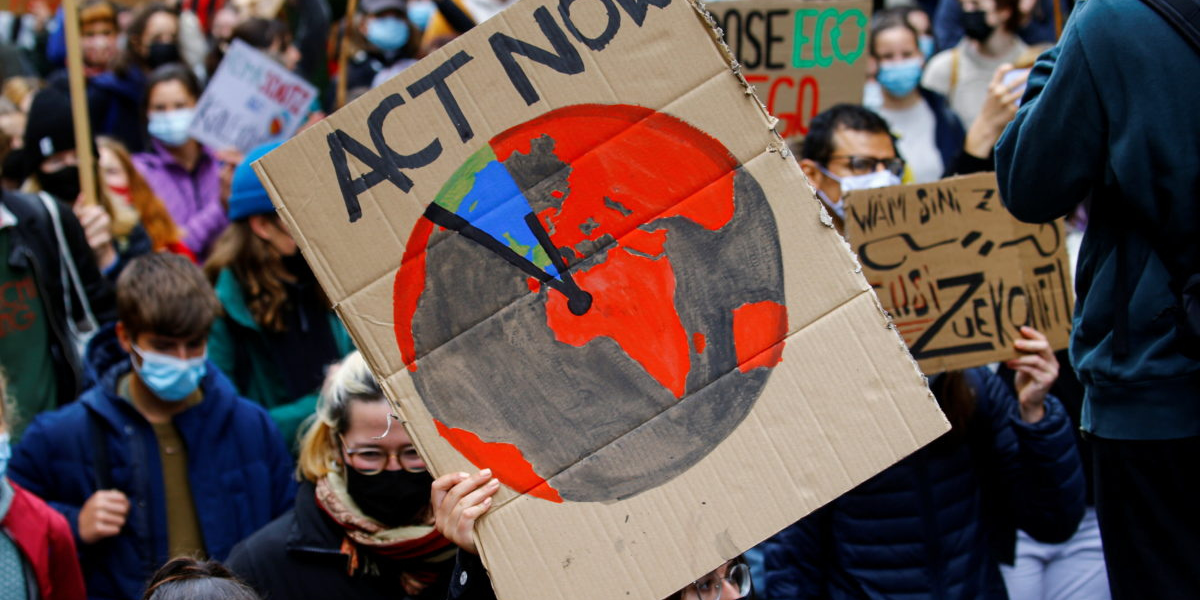 The Liberal government’s climate plan, released this March, shows the failure of the status quo and the urgency of mass change. As Atiya Jaffar from 350.org wrote:

“Once again, this government has delivered a climate plan that doesn’t line up with the science. Justin Trudeau and Stephen Guilbeault are still acting like we have decades, not years, to tackle the climate crisis. Trudeau’s emissions targets are still too low. The cap on oil and gas emissions is also appallingly low and nowhere close to the fossil fuel industry’s fair share. And, this plan will continue climate-wrecking oil and gas expansion despite the warnings of the world’s best climate scientists.”

Liberal reforms are a failure, and we need a climate justice transformation. But how can we amplify calls to action? What barriers are holding back change? There’s value in giving some thoughts to the role populism can play in making climate justice activity something on our collective cultural minds, but there are limits as well.

The climate justice movement in 2022

The climate justice movement is in a very paradoxical stage. In one way, it remains one of the most important calls to action of our time: the exacerbations of climate change have led to the intensification of capitalism and colonialism with imperial powers fighting for control of oil, land, and water. In another, it was one that stumbled in its resiliency at the start of the COVID-19 pandemic. While this perceived slowing of the movement was not unique to the fight for climate justice, it has been one that is now seeing itself more adequately address the intersections of oppression and class in 2022.

Many new activists to the movement were drawn in over the last half-decade thanks to the work done by those in the US such as the Sunrise Movement, putting a Green New Deal into the political lexicon. Groups like Extinction Rebellion and individuals like Greta Thunberg have also become immensely popular icons of the movement, drawing in thousands to activism for the first time. Whatever criticism can be made of any of these groups or people, all have put less of an emphasis on individualistic consumeristic approaches and have brought with them a mass of anti-establishment rhetoric.

In the Canadian state the calls for Landback and to respect of the rights of Indigenous peoples have gained in strength and numbers. While we haven’t yet seen the uptick in on-the-ground solidarity actions, direct support and media channels have grown, sharing the resistance of land defenders to ongoing violence. This has exposed both TC Energy and Trans Mountain Corporation’s disregard for the environment and ballooning costs.

We have seen a few renewed calls for climate populism since the pandemic. While not reviving the language of a Green New Deal, we have seen climate-centred calls for a Just Transition for All, Building Back Better, and Not Going Back, and echoing works such as the Leap Manifesto. These calls to action are attractive because they offer bold, all-encompassing visions of a collective future and speak to the intersections of oppression that hold back this progress.

There’s something to be said about calls like a Green New Deal: the demands are simple, and could be accomplished today. As a list of reforms, the Green New Deal inspires thoughts of its namesake New Deal from the 1930s, and others have anchored support for it through the emulation of wartime ‘societal’ support. The trouble is that these were both mass actions to protect capital interests, to keep the lifeblood of imperialism stirring. While this was a high-time for labour struggle and many important victories were won, it was only through mass movements pushing against government that they were gained.

We want to raise the profile of movements and demands that make the world a better place, certainly, but we need to be more specific. We need to be part of the movements that have both the potential to reach the most people and to improve the material lives of the working class and oppressed.

This starts with “meeting people where they’re at”, but this nebulous phrase can often have multiple meanings. One generally referring to the political ideologies and acceptable actions someone is willing to take, the other is meeting with the organizing that is already currently happening. Both need to be seen as one-in-the-same in terms of organizing. As Audre Lorde said in 1982, later collected in Sister Outsider,

“[T]here is no simple monolithic solution to racism, to sexism, to homophobia. There is only the conscious focusing within each of my days to move against them, wherever I come up against these particular manifestations of the same disease. By seeing who the we is, we learn to use our energies with greater precision against our enemies rather than against ourselves… There is no thing as a single-issue struggle because we do not live single-issue lives.”

In other words, no movement wins alone. Every victory, big or small, is built on the history of past struggles and adds to the next. It was an amazing day for activists everywhere when Amazon workers in Staten Island voted in favour of unionization, a first for the company. Not only does this victory raise the floor and provide workers with better rights and working conditions, it signals to workers elsewhere that we can do this too. There is nothing automatic about these sorts of victories. Each time there is a win against colonialism or the bosses, it should be celebrated everywhere. Calls for reforms, from local public transit initiatives to ending urban highway expansion to national energy policy changes, are important. These wins are not only tangible, but build our political imagination. They offer a glimpse of the better world we’re all trying to build.

So ‘Where the people are at’ is fluid and changing. Movements, organizations and calls to action ebb and flow, and so must our organizing. The demands that matter are the ones that not only lead to change now, but also to later change. They are the demands that rally and unite many under a common banner and goal, one that expands as we collectively gain stronger political insight and power through collective struggle. As Lenin wrote,

“Unity must be won, and only the workers, the class-conscious workers themselves can win it—by stubborn and persistent effort. Nothing is easier than to write the word ‘unity’ in yard-long letters, to promise it and to ‘proclaim’ oneself an advocate of unity. In reality, however, unity can be furthered only by the efforts and organisation of the advanced workers, of all the class-conscious workers.”

From reform to revolution

Every government today has the power to bring in a Green New Deal. New Crown corporations could be created, social spending could increase, and new jobs could be supported in developing green infrastructure with re-mapped provincial and federal equalization payments and green job subsidies to communities most impacted by these changes. This, again, is why the Green New Deal has so much appeal- it seems so doable. But there is a danger in relying on the capitalist state or hoping that we can elect the right people into power.

People often cite a “lack of political will,” but this should be read as “lack of support from capital.” Time and time again, we think of politicians at the front of the stage, but they’re not the ones leading the show. From imperialist wars for oil abroad to colonialist pipelines being pushed through Indigenous territories without consent at home, it should be no surprise that these are the same governments that time and time again deliver pro-business Covid-19 supports while denying migrant rights and forcing through brutal austerity agendas.

As capitalism is a global economic system that requires exploitation to function, we cannot simply vote away the exploitation, violence, and oppression that is directly baked into it. Reforms can make conditions for workers and the planet better, but cannot actually remove the requirements of conflict and alienation within capitalism. Much as reforms cannot lead to the end of exploitation from within capitalism, true climate justice cannot be obtained while still following colonial drives for control and profit. As a part of their 10-Point Program, The Red Nation details the inability of colonialism and capitalism to co-exist with Native liberation:

“The whole system depends on violence to facilitate the accumulation of wealth and power and to suppress other, non-capitalist ways of life that might challenge dominant modes of power. Political possibilities for Native liberation therefore cannot emerge from forms of economic or institutional development, even if these are Tribally controlled under the guise of ‘self-determination’ or ‘culture.’ They can only emerge from directly challenging the capitalist-colonial system of power through collective struggle and resistance.”

“Socialist organizations are sometimes understood as isolated and inward focused groups that aim to preserve socialist ideas, much like pickled vegetables, to be used at a future date. But like pickled vegetables, socialist ideas divorced from engaged political action have a limited shelf life. Ideas from the past are helpful, even essential, to understanding capitalism and figuring out a socialist strategy, but they can not act as a road map for the concrete political questions before us.”

Building for change and creating momentum is not a question of coming to groups already doing the work with bold ideas, nor is it about shying away from serious political debate in order to appear accessible. Meaningful action towards climate justice must take into account the lessons and debates of the past and move forward on them in such a way that draws in from the activities and movements that are on the ground, inspires towards further goals, and ultimately builds political confidence and imagination.

What’s important in building a movement is just that: the building. Phone zaps, street theatre, rallies, and webinars are all valuable tools we can use to build. The important part here is to understand how each tactic fits into our larger strategy. Climate justice is popular, so now our job is to make sure this popularity maintains its momentum and builds towards stronger protections for workers, Indigenous sovereignty, and a world free from capitalist oppression and exploitation.