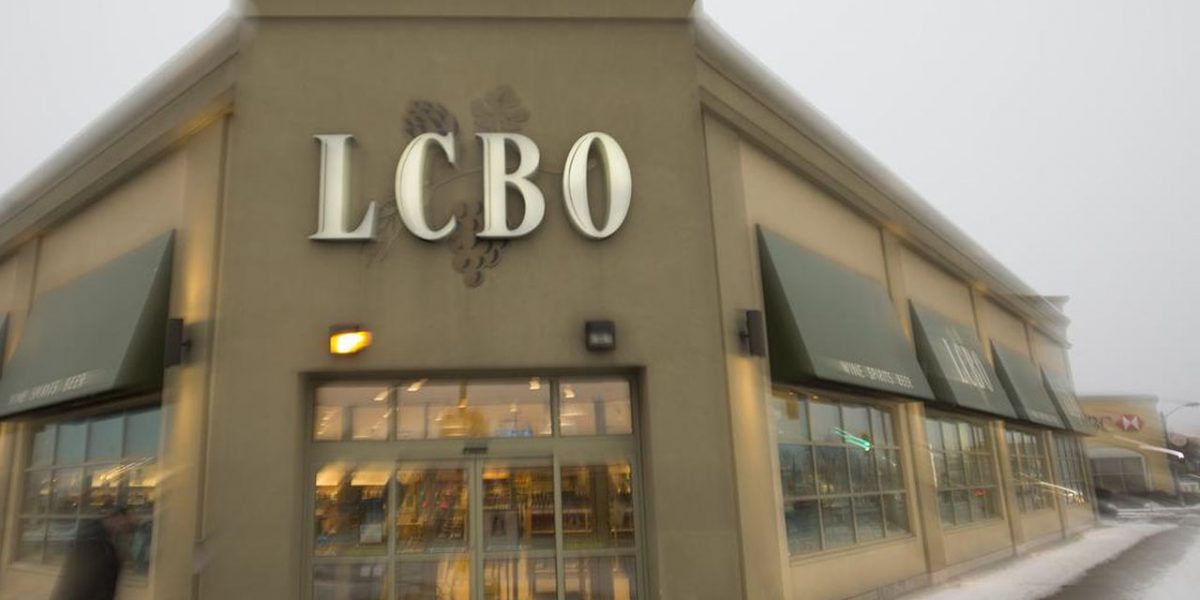 The Ford government recently made permanent a pandemic measure to allow bars and restaurants to sell takeout alcohol in Ontario. This act was approved in lieu of any serious emergency relief from the province for the people  and is a direct attack on the publicly owned LCBO and its unionized workers in OPSEU. The measure is being heralded as a form of emergency economic assistance by restaurant owners but make no mistake, this is a dangerous move to privatize alcohol distribution and attack the public sector  in the midst of a public health crisis.

Service industry workers and restaurants are struggling. They are being hit with some of the hardest lockdown measures in the province, especially in Toronto. Direct emergency relief should be given by the provincial government to help the people in the industry while they are closed. Instead, the Ford government is passing right wing measures of privatizing alcohol sales in the province and attacking unionized work. Restaurant owners could be pressuring for direct relief instead of making petitions and calls to dismantle and privatize a public institution.

Conversations about privatizing the LCBO have been happening for years but have been sped up by the backlash from the Skip The Dishes partnership with the LCBO. This partnership was announced on December 4 (and quickly retracted on December 6) and would have provided on demand delivery of alcohol at prices restaurants and bars could not match. This prompted local restaurant owners to #SkipTheLCBO and #shoplocal, with many businesses comparing the LCBO to Amazon or Walmart.

This comparison is completely disingenuous and unfair. The LCBO is a publicly owned and operated crown corporation. All of the profits of the LCBO are legally required to go to the province and help pay for essential public services. Workers at the LCBO are unionized, the union and the benefits achieved through collective bargaining provides a baseline of significantly higher wages and benefits not found in comparable non-union jobs. Shopping at the LCBO is shopping local since it supports the people of Ontario. Publicly owned and operated corporations are owned by us, the people. Conservative rhetoric of restaurant owners aiming to erode and dismantle the LCBO is a call for privatization that will harm both the general public who benefit from its substantial contribution to the public treasury and its unionized labour force.

Skip the Dishes operates using a deeply exploitative labour structure that misclassifies its workers as independent contractors in order to avoid paying minimum wage, benefits and avoid EI, CPP, and WSIB premiums. For LCBO management to even suggest  using a low-wage gig app is a direct attack on the workers of the LCBO. This move came from upper management in order to save costs and replace unionized labour work.

In March of 2021 the LCBO and OPSEU current collective agreement expires. By allowing bars and restaurants to sell takeout alcohol, the Ford government is making it harder for workers to negotiate a fair union contract with the LCBO. One of the few powers workers have is their ability to withhold their labour collectively by striking. If negotiations go poorly and the workers go on strike, how much less powerful will that be when people can go to any bar or restaurant to buy their alcohol? Unions have historically fought to improve working conditions and rights for all workers.

The government has effectively turned every bar and restaurant in the city into a union busting entity that will remain open through negotiations. Ford knows that the union negotiations are upcoming and is using this as a tactic to hurt organized labour. OPSEU represents more than 8,000 LCBO workers, if Ford is able to weaken the power of these workers, it will only make it easier for him to privatize the entire industry and attack other public sector unions.

Ontario’s Tories have threatened the LCBO and its workers before and he makes no secret of their desire to follow Alberta’s privatization model. Conservatives in Alberta privatized the Alberta Liquor Control Board in 1993 following a defeated strike and Ralph Klein’s election. The Conservatives swiftly liquidated or sold off ALCB stores, privatizing the industry. Thousands of well paying union jobs disappeared overnight and the province has lost somewhere close to $2 billion. The beneficiaries of privatization were not small businesses, but big conglomerates who ended up controlling the industry.

The attacks on our publicly owned and operated corporations are not simply a Conservative idea, the newly elected Liberal Party leader Steven Del Duca helped formulate this plan for takeout alcohol and the disastrous privatization of Hydro One.

Our neoliberal leaders want the LCBO to fail. The government wants to privatize the LCBO and every public service. When unions are weakened, this becomes more achievable.

In addition to bottle sales, restaurant and bar owners are pushing for wholesale pricing on alcohol from the LCBO. They do not want to pay their fair share of the cost that every person pays and benefits from. All alcohol sales in Ontario provide funds to the LCBO which makes up the vast majority of the revenue for the public company. A permanent shift to wholesale pricing for bars and restaurants by removing LCBO fees is a regressive tax cut that would transfer millions of dollars from the public to bar and restaurant owners, all while also weakening the LCBO, and its workers’ union. This is a transfer of wealth from the public to private owners. It is unconscionable to be dismantling a large source of public revenue in favour of tax breaks for business owners. We should be expanding public services, not attacking them during a public health and economic crisis.

In 2019, the LCBO poured $3.4 billion into the public coffers. The vast majority of that, $2.37 billion (70%) came in the form of LCBO dividends that excludes all excise, duty, and all sales and municipal taxes. This $2.37 billion is what the business owners want to have access to. Instead of the money remaining with the public, bar and restaurant owners believe they deserve wholesale pricing because they have access to capital. They will say it will result in more employment opportunities, better prices, and better selection but all it will do in reality is line the pockets of the business owner class instead of the public.

The LCBO is far from perfect, improvements can be made within the public frameworks  and workers are constantly fighting to improve their rights and working conditions at the crown corporation. But the Ford government’s attack on the LCBO will not only make it worse for workers at the LCBO, it is an attack on all workers and the public sector at a time when we can ill afford to pursue policies that will increase inequality.

The economic crisis and public health emergency requires us to fight for stronger workers’ rights and the public service, not attack them. Direct support should be provided by the provincial government. The calls for privatization distract from Ford’s inability to implement real support and shelters Ford from his real responsibility of helping the people of Ontario.