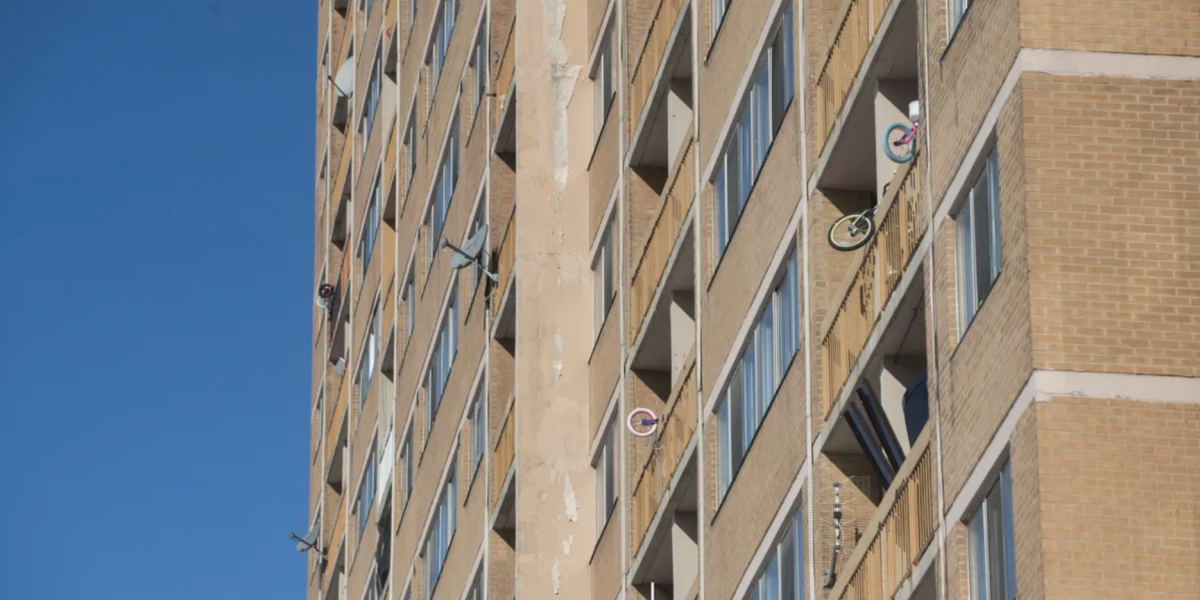 The Ontario government has set the maximum allowable annual rent increase for 2023 at 2.5 percent. While the government and the media have made much ado of the fact that 2.5% is “below inflation,” the rate looks very different in the context of a (post-)pandemic world where wages are stagnant, the cost of other necessary goods continues to rise, and Doug Ford himself has capped public sector wage increases at 1 percent.

It’s no secret that the working class has borne the brunt of the pandemic’s economic effects. The Ford government allowing landlords to raise rent by 2.5 percent when tenants are continuing to struggle sends a clear message about the ruling class’s priorities: profit over all else. But organizing through the pandemic has also shown that workers can fight landlords, bosses, and the governments that support them.

Each year, the Ontario provincial government decides a maximum rate by which rent can be increased. This is a rent control measure against landlords raising rent to astronomical levels. Without it, if your landlord decided they wanted to evict you, they could triple your rent and essentially force you out without following an eviction procedure. In theory, the guideline provides tenants with some security against having their rates skyrocket without warning.

Of course, this does not protect against the fact that even without rates increasing again, Ontario already leads the country in tenants spending over half of their income on rent. It also does not apply to certain kinds of housing, such as long-term care and community housing. The guideline does not apply to vacant units, meaning that once a unit is unoccupied, landlords can raise the price to whatever they want. Even for the housing to which the guideline applies, landlords are able to apply for “above-guideline rent increases,” allowing them to bypass the guideline altogether following Landlord Tenant Board approval.

Even worse, the Ford government showed its hand by getting rid of rent control for units that were not used as housing before November 15, 2018. Newly constructed or converted units are not even covered by the rent increase guideline. And for those living in the remainder of units that are covered, 2023’s rate of 2.5 percent spells trouble.

Rent, inflation, and the struggle to survive

The 2.5 percent rent increase is the highest increase since 2013, and it couldn’t come at a worse time for tenants. While the government had the sense to freeze rent increases during the height of the pandemic, resuming them at this rate spells disaster for the working class.

While bosses and CEOs turned record profits, the working class struggled mightily during the pandemic. By and large, the most “essential” jobs that could not be performed from home were the ones that are paid the least and have the fewest supports in case of illness. As Covid raged through working class workplaces, workers missed paycheques and lost their jobs. This combines economic, health and racial inequity–as it is disproportionately racialized workers who are paid less and denied paid sick days, and greater exposed to the health consequences of the pandemic, and the economic fallout of job losses.

With inflation projected to surpass 8 percent by the end of the month while tenants are still trying to get back on their feet, tenants have enough to worry about without the addition of a 2.5 percent rent increase. Putting food on the table and gas in the tank leaves little income for anything else. Allowing rents to rise by 2.5 percent is the straw that could break the back of even the most careful working class budget.

Landlords may be “struggling” too under inflation, but their “struggle” is about how much profit they’re making on a property they own. When tenants struggle, it’s a question of shelter and survival, not profit margins. Food and gas cost the same for landlords, but threatening their investment is not the same as threatening someone’s housing. Raising rents, however, is a sure sign that to the provincial government, landlord investments are more important than shelter.

But perhaps the most damning expression of the ruling class’s interests is the contrast between Ford’s policies on rent and wages. In 2019, the Ford government introduced Bill 124, which capped wage increases for most provincial employees at 1 percent. The government’s approval of a 2.5 percent rent increase guideline when public sector wages are capped below that means public sector workers – healthcare workers and teachers among them – will be spending a greater percentage of their income on rent, even if they receive the maximum allowable raise.

The provincial government is taking money out of workers’ pockets and delivering it to landlords. Workers across the board, and especially in the public sector under Bill 124, will be left with less money in their pockets (if any at all) after paying rent, and what little is left will have to weather rising costs.

But we should also remember how workers fought for housing justice and higher wages during the pandemic. From rent freezes to fighting evictions, tenant organizing can both fight individual landlords and put pressure on the government for better policy. Similarly, workers have gone on strike for higher wages at individual workplaces, and worker pressure during the pandemic forced Ford to raise the minimum wage to $15 as part of the ongoing fight for $20.

2023 may look bleak now with the rental increase guideline being set at 2.5 percent. But from organizing our buildings to organizing our workplaces, we have the power to fight back and win a different year ahead.