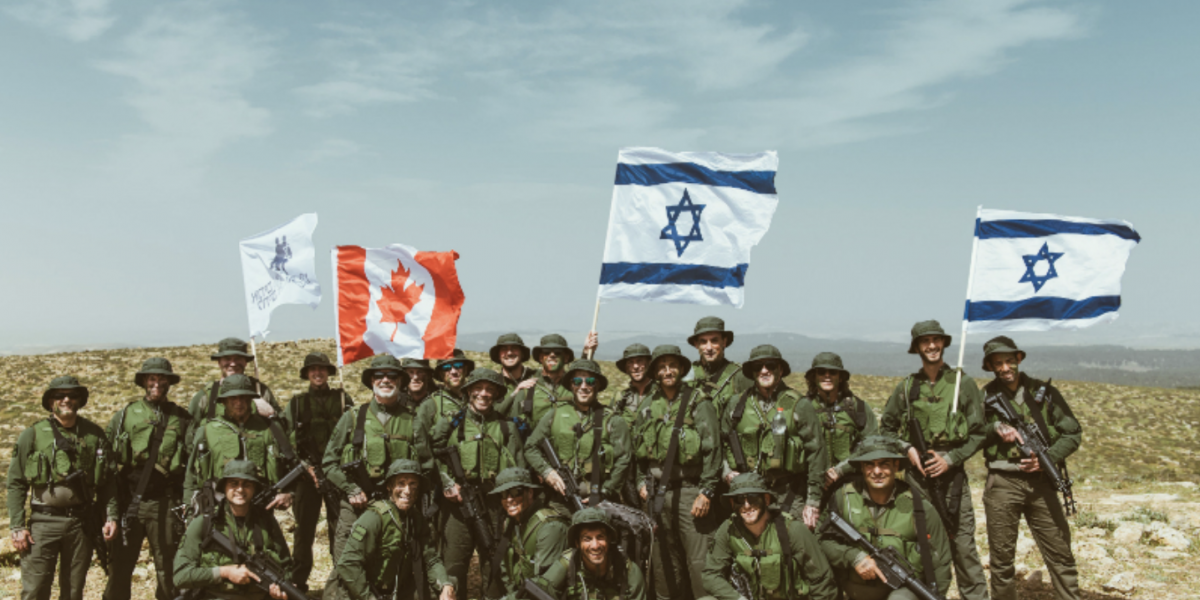 The campaign to oppose illegal Israeli military recruitment in Canada has received a significant boost. A parliamentary petition calling for an investigation into IDF recruitment has quickly surpassed the number of signatures required to be presented in the House of Commons.

Illegal recruitment for an illegal occupation

It is a crime to recruit anyone for a foreign military or to encourage any person to serve in a foreign military. The Foreign Enlistment Act states, “Any person who, within Canada, recruits or otherwise induces any person or body of persons to enlist or to accept any commission or engagement in the armed forces of any foreign state or other armed forces operating in that state is guilty of an offence.”

But on several occasions the Israeli consulate in Toronto has advertised that they have an IDF representative available for personal appointments for those wishing to join the IDF. In 2019 the consulate announced, “an IDF representative will conduct personal interviews at the Consulate on November 11-14. Young people who wish to enlist in the IDF or anyone who has not fulfilled their obligations according to the Israeli Defense Service Law are invited to meet with him.” Subsequently, United Jewish Appeal of Greater Toronto and Federation Combined Jewish Appeal Montréal publicized a webinar last June by Nefesh-B’Nefesh titled “Joining the IDF”, which claimed to offer participants “everything you need and want to know about joining the IDF.” According to 2017 statistics from the IDF, 230 Canadians served in the Israeli military. In 2020, nine per cent of “lone soldiers” in the Israeli military were from Canada according to the IDF. Canadians staff West Bank checkpoints and ships enforcing the blockade of Gaza, perpetuating Israel’s illegal occupation of Palestine.

The petition is part of a multi-faceted campaign that began in the fall with a formal complaint and open letter signed by Noam Chomsky, Roger Waters, filmmaker Ken Loach, author Yann Martel, former MP Jim Manly, poet El Jones and more than 150 others. The letter called on the federal government to apply charges under the Foreign Enlistment Act against those recruiting Canadians for the Israeli military. As part of drawing attention to the recruitment, nearly 1,500 individuals sent letters of to Justice Minister David Lametti. Additionally, 900 people sent emails along with a packet of evidence regarding illegal Israeli military recruitment in Canada to the chief of staff for the office of the RCMP Commissioner, Rob O’Reilly.

In Québec Le Devoir discussed the campaign on its front page and in a follow-up article while Journal de Montréal also ran a story on the challenge to Israeli military recruitment in Canada. But, in English Canada the dominant media has ignored the evidence presented to the justice minister and RCMP. A number of reporters expressed interest in the campaign but got cold feet or were stopped by their editors from covering the public letter and evidence compiled. In February Davide Mastracci wrote a powerful article about how “Media Is Ignoring Alleged Illegal Israeli Army Recruitment In Canada”.

The lack of corporate media attention partly reflects the silencing impact of the anti-Palestinian lobby. Generally quick to denounce pro-Palestinian activists “toxic obsession with Israel,” the Israel lobby have failed to find fault with a campaign suggesting they are engaged in criminal activity. They understand that publicly denouncing the anti-recruitment campaign would draw attention to an issue difficult to defend. The potential illegality of the recruitment is embarrassing and promoting a foreign army rests uneasily with even right-wing nationalist thinking, which is generally sympathetic to an anti-Palestinian outlook. Prominent military historian Jack Granatstein, for instance, told an interviewer, “in my view no one who is a Canadian should be able to enlist in some other country’s military and keep his Canadian citizenship.”

But the Israel lobby doesn’t want to stop convincing young people to join the IDF. About 3,500 “lone soldiers” serve in the IDF. This is significant but a relatively small proportion of the 150,000 enlisted in the Israeli military. But “lone soldiers” are of value beyond their military capacities: foreigners volunteering to fight for Israel are a powerful symbol to pressure/reassure Israelis weary of their country’s violent behavior. “Lone soldiers” also intensify the Zionist ethos within the broader Jewish community. If a friend or family member is willing to give up two years of their life for the Israeli state, this encourages others to donate to an Zionist group, lobby a politician, undermine a pro-Palestinian professor, etc.

The campaign to oppose Israeli military recruitment in Canada challenges this ideological climate. Bringing the issue into the House of Commons is an important step in disrupting a dynamic where a young Torontonian can be in charge of overseeing Palestinian misery. Submitted by Rabbi David Mivasair and sponsored by NDP MP Matthew Green, the petition “calls upon the Minister of Justice to undertake a thorough investigation of those who have recruited or facilitated recruiting for the Israel Defense Forces, and if warranted lay charges against those involved in recruiting and encouraging recruiting for the IDF.” In 48 hours over 1,000 individuals have signed the petition, which is twice what’s required for it to be read in Parliament. The government now has to respond.