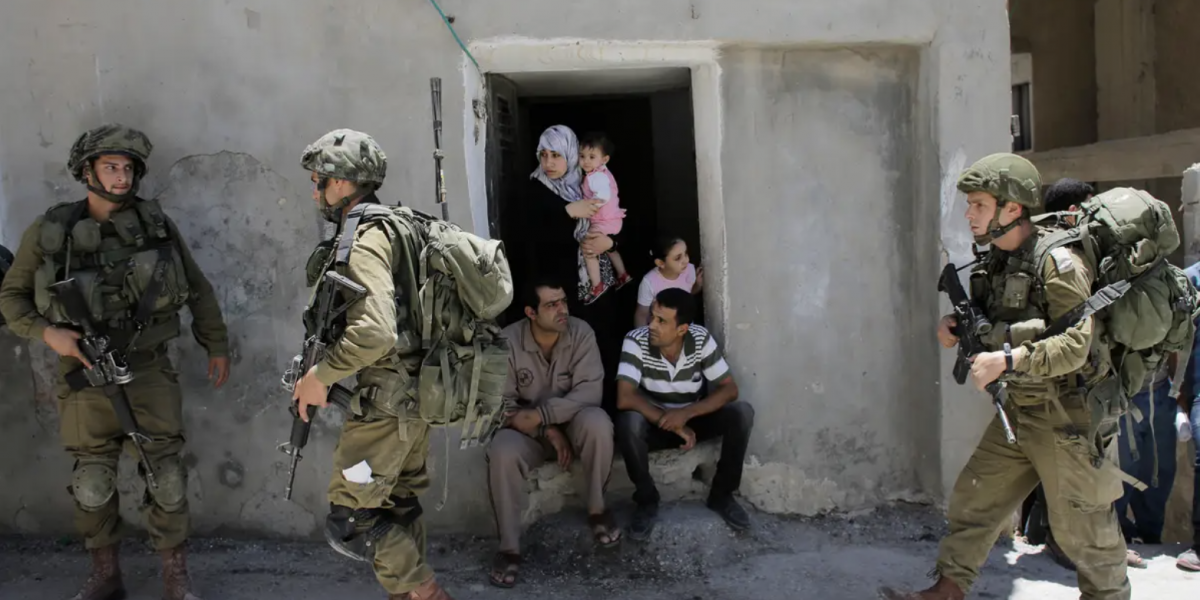 On February 5 the International Criminal Court (ICC) ruled that it has jurisdiction over war crimes by Israel in occupied Palestine. Israeli Prime Minister Benjamin Netanyahu dismissed the “fake war crimes,” called the ruling politically motived and “pure anti-Semitism,” and vowed to fight it. Israeli officials denied that any of their military or political figures would be at risk, but last year Haaretz reported that “Israel had prepared a confidential list of decision makers and senior military and security officials who might be arrested abroad if the ICC authorized the investigation by the international court.”

Not only are the actions of the Israeli military being recognized as illegal, but their recruitment as well.

As Kevin Keystone wrote for the Jewish Independent last week said: “Under Canada’s Foreign Enlistment Act, it is illegal for foreign militaries to recruit Canadians in Canada. In 2017, at least 230 Canadians were serving in the IDF, according to the army’s statistics.” This illegal practice goes back more than seven decades, to the founding of Israel. As Yves Engler reported in the Electronic Intifada in 2014, “the heir to the menswear firm Tip Top Tailors, Ben Dunkelman, was Haganah’s main recruiter in Canada. He claimed that ‘about 1,000’ Canadians ‘fought to establish Israel.’ During the Nakba, Israel’s small air force was almost entirely foreign, with at least 53 Canadians, including 15 non-Jews, enlisted.”

On several recent occasions the Israeli consulate in Toronto has advertised that they have an Israeli Defense Forces (IDF) representative available for personal appointments for those wishing to join the IDF. In November 2019, the Israeli consulate in Toronto announced, “an IDF representative will conduct personal interviews at the Consulate on November 11-14. Young people who wish to enlist in the IDF or anyone who has not fulfilled their obligations according to the Israeli Defense Service Law are invited to meet with him.” Not shying away from this criminal recruiting or the illegal acts of the Israeli military, the former Canadian Ambassador to Israel, Deborah Lyons, held a widely publicized event on January 16, 2020 in Tel Aviv honouring Canadians serving in the Israeli military. This after IDF snipers have shot at least two Canadians in recent years, including doctor Tarek Loubani in 2018.

On October 19, 2020 a letter signed by Noam Chomsky, Roger Waters, former MP Jim Manly, filmmaker Ken Loach as well as poet El Jones, author Yann Martel and more than 170 Canadians, was delivered to Justice Minister David Lametti. It called for “a thorough investigation to be undertaken of those who have facilitated this recruiting for the Israeli Defense Forces (IDF), and if warranted that charges be laid against all those involved in recruiting and encouraging recruiting in Canada for the IDF.” The next day Lametti responded to a question by Le Devoir reporter Marie Vastel that it was up to the police to investigate the matter. So On November 3, attorney John Philpot provided evidence directly to the RCMP, who responded that the matter was under active investigation.

Evidence provided to the RCMP showed active recruiting in community organizations in Canada such as the UJA Federation of Greater Toronto, which held a webinar recruiting for the Israel Defense Forces on June 4, 2020. Subsequently the posting has been removed.

While the Le Devoir provided front-page coverage and several other French Canadian sources covered the story, English Canadian mainstream media has remained silent. As Davide Mastracci wrote last week  in the Passage, “we have a story Canadians would be interested in and on a topic the press has cared about in the past, being told by a trustworthy group of people, with evidence to back it up, that law enforcement is taking seriously enough to investigate. And yet, nothing from mainstream English-language press in Canada.”

Over this weekend Canada’s Ambassador to the UN Bob Rae has been elected as vice chair of the ICC—and even though Canada has stated that it does not support the ICC jurisdiction in regard to Israeli war crimes inflicted on Palestine. As the Minister of Foreign Affairs shamefully responded on February 7, “until such negotiations [for a two-state solution] succeed, Canada’s longstanding position remains that it does not recognize a Palestinian state and therefore does not recognize its accession to international treaties, including the Rome Statue of the International Criminal Court.”

Over 50 organizations, from Canada and internationally, have joined the call to stop illegal Israeli military recruiting in Canada: #NoCanadians4IDF. On February 3, 2021, Spring Magazine was media sponsor for a webinar on the campaign, hosted by Just Peace Advocates, Canadian Foreign Policy Institute, Palestinians and Jewish Unity, and World BEYOND war. Several hundred people joined to learn more from Rabbi David Mivasair, representative of Independent Jewish Voices; Aseel al Bajeh, a legal researcher from Al-Haq; Ruba Ghazal, member of the National Assemblée du Québec; and John Philpot, attorney, international law and International Courts. Mario Beaulieu, the Bloc Québécois MP La Pointe-de-l’Île cancelled at the last minute due to a scheduling issue. As Ruba Ghazal indicated, Justice Minister Lametti should proceed with the investigation and take action, not defer to the RCMP.

Watch the webinar below and write letter to RCMP Commission.