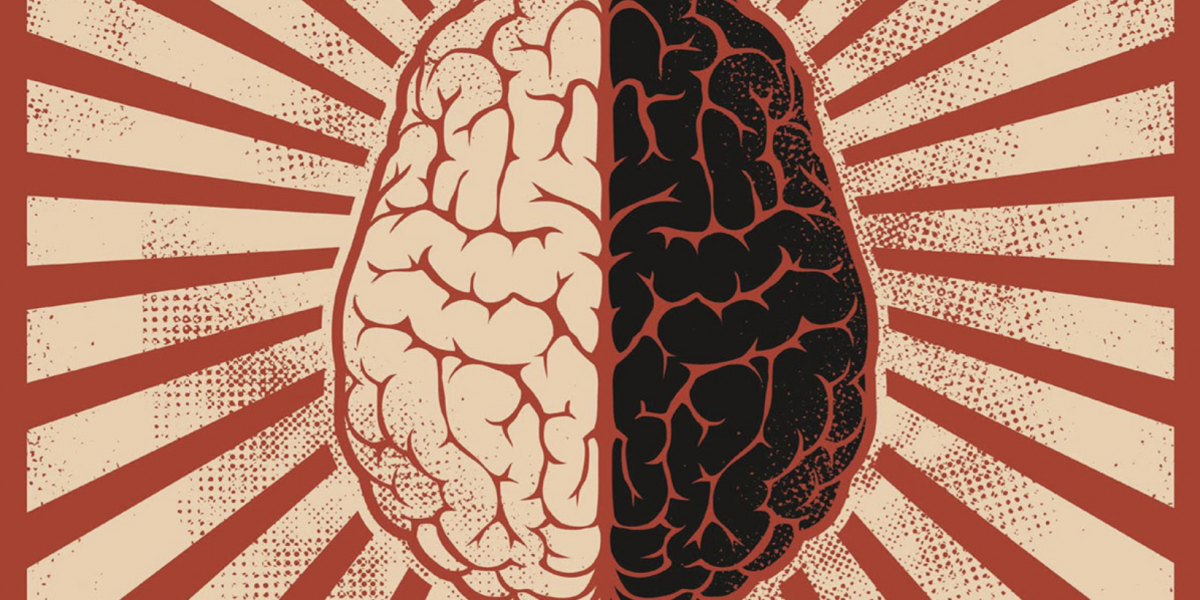 At the beginning of 2020, I suffered a major blow to my mental health. I found myself unable to work, unable to live my life the way I had been, and struggling to keep a positive attitude and carry on functionally as needed. Many were quick to offer me their support, of which I’m eternally thankful. Building and continuing a more beneficial routine for my mental health has also been a key part of my recovery. However, as much as taking on approaches that focus on the individual have helped me, I did notice that rarely were cultural or societal expectations and structures discussed as something important to be addressed. It seemed that any actions or attitudes, to my detriment or benefit, were focused solely as something within myself that must be fixed, like a cold or flu. Through all of this, there was one blaring truth that struck me as something that needed to be said: capitalism kills mental health.

It should be news to no one that a mental health crisis has ensnared society. According to the World Health Organization, mental, neurological and substance use disorders make up 10% of the global burden of disease and 30% of non-fatal disease burden. Moreover, almost 800,000 people die by suicide every year, one every 40 seconds. Mental health disorders are the leading cause of a decline in life expectancy after cancer and cardiovascular problems in most heavily-industrialized countries. Suicide is the second leading cause of death in individuals aged 15-29 years. These are all incredibly important facts. I’m sure anyone reading this has been affected in some way by suicidal and depressive thoughts, or knows someone who has been through this struggle. If mental health distress is a disease, then one should look at the cause in order to fix the issue. Why do these problems continue to rise as they have for decades?

In capitalist countries, most are quick to jump to biological functionality as the cause of mental health disorders, citing abnormalities in bodily function as the main culprit. While this is true for many who suffer with mental health disorders, this reasoning often neglects the cultural and societal structures that greatly affect how we live our lives. I’d just like to add at this point that I certainly don’t want to belittle anyone’s struggles or recovery. If an individualized approach works for you, I’m incredibly proud of your process. But this approach can also often assume that we are the problem, and the onus is placed on us to fix the issue. But what if we’re not the problem? What if the problem is built into the system itself?

Capitalism is the disease

At its core, capitalism is a system that creates a one-sided relationship of production and accumulation. It only functions if the majority of the population, the working class, are exploited by the most wealthy in society–while those who don’t conform to physical or mental dictates of the market are disproportionately thrown out of work and into poverty.

The market places additional pressures including soaring costs of rents and the standard of living, often pushing out those struggling most and forcing them to work even longer and harder hours. While globally there is more wealth than ever, this wealth is controlled by fewer and fewer individuals, forcing the rest to sell our mental and physical capacities to employers who will cut where they can in order to increase profits. This market also focuses heavily on individualism, as we focus on rising to the top of the corporate ladder rather than a holistic examination of our global community.

This individualism creates a sense that all of our interactions, be they social or professional, must seek only to increase our profile and force ourselves into a product, rather than a human being. Much as Marx pointed out when discussing the metabolic rift, humanity not only divides itself from nature as a consequence of capitalism, but from its own humanity.

Marx wrote heavily on the alienation inherent within capitalism. “On the basis of political economy itself, in its own words, we have shown that the worker sinks to the level of a commodity and becomes indeed the most wretched of commodities,” noted Marx. “The devaluation of the world of [people] is in direct proportion to the increasing value of the world of things. Labor produces not only commodities; it produces itself and the worker as a commodity – and this at the same rate at which it produces commodities in general.”

For Marx, the feelings and reality of alienation are in fact built directly into capitalism. The loss of worth and meaning to our labour is not simply something that the individual must overcome, but is a reality that is created by the fact that we spend most of our waking hours creating wealth for others, alienating ourselves from our own labour power. The working class, rather than being made up of individuals with an inherent value, become the means to an end, a tool of value extraction. As Marx wrote:

Even health care, which seeks to address the crisis within the capitalist framework, is under attack through an increase in austerity measures and cuts. Health care workers are forced more and more to work longer hours, take on increased work loads, and do so with less resources. This makes it even harder to access these services when they are available, and creates a strain on the system meaning the quality is diminished when services are delivered.

Revolution is the cure

From this, it’s not hard to see why we are now experiencing a mental health crisis. Many of us are forced into positions of employment that do not speak to our own value, and for those who have that choice, the job becomes a procedure of alienation. As Marx wrote in The German Ideology:

“For as soon as the distribution of labour comes into being, each [person] has a particular, exclusive sphere of activity, which is forced upon [them] and from which [they] cannot escape… [They are] a hunter, a fisherman, a herdsman, or a critical critic, and must remain so if [they do] not want to lose [their] means of livelihood.”

It is this heavy demand placed on the individual that is baked into the system and creates and amplifies our anxieties and disorders. There is, however, a solution.

“While in communist society, where nobody has one exclusive sphere of activity but each can become accomplished in any branch… society regulates the general production and thus makes it possible for me to do one thing today and another tomorrow, to hunt in the morning, fish in the afternoon, rear cattle in the evening, criticize after dinner, just as I have a mind, without ever becoming hunter, fisherman, herdsman or critic.”

Most professionals seek to ‘cure’ mental health disorders through individualized approaches such as medication and changing mindsets. This has helped countless people and I by no means want to disparage those seeking and recovering from these sorts of help. But these processes do not properly address the real issues and causes at the heart of this ongoing and rising crisis. This approach also seeks to treat all variations in thought in isolation–both pathologizing those with a healthy spectrum of thought (like the mad community) and treating those with mental health distress, without challenging the system that demands conformity while producing a mental health crisis.

Capitalism seeks to create a commodity and alienate ourselves from the very essence of our humanity – our needs for a meaningful and purposeful life and creating social connections. Mindfulness and apps and hydration will only go so far in properly addressing these issues. What we need is a radical society change that places the individual as a valued member of a community rather than a source of labour extraction. Socialism seeks to better answer the inequalities and forms of alienation in society through an understanding that a healthy superstructure places well-being and meaningfulness at the centre of interactions with the world, each other, and ourselves.

The work needed for this change can often seem daunting, but we can do it! From historical to contemporary examples, people all over the world have the power to collectively rise up and break the chains of oppression and alienation. When we focus on the collective power of the working class and what we can accomplish, it’s not hard to imagine a world where dignity, respect, and well-being are what we focus on more than dollars and cents. Stop me if you’ve heard this one before, but we need to create a world based on human need, not corporate greed.