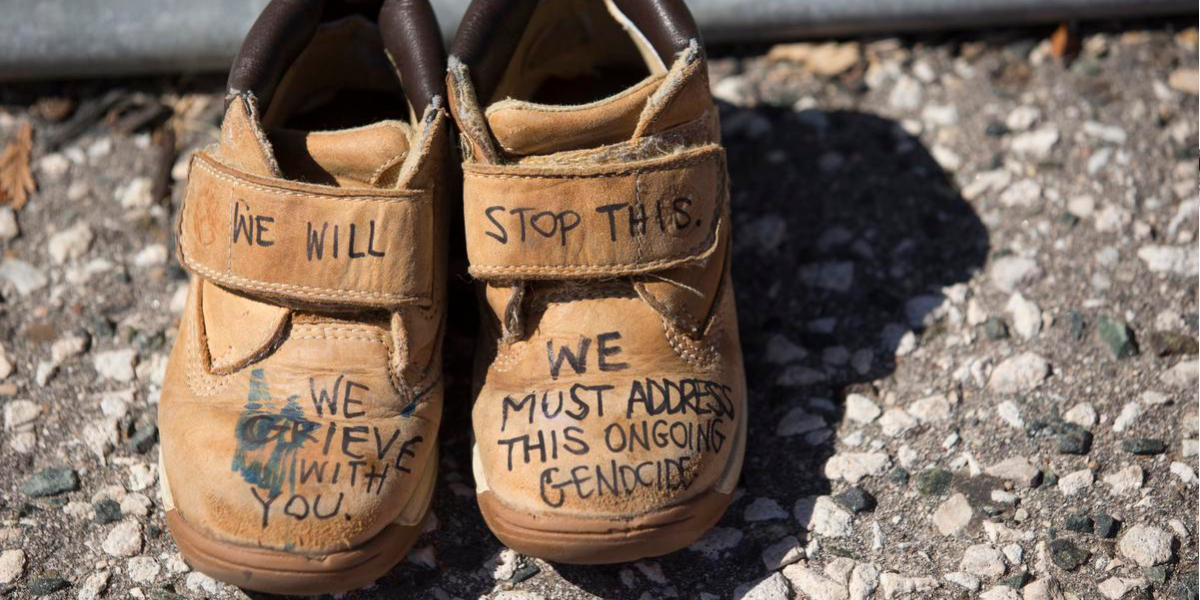 The discovery of unmarked graves of Indigenous children at former residential schools in British Columbia and Saskatchewan is not a new story. It is unearthing the horrific violence of settler-colonialism perpetuated by the Canadian state.

As the Metis activist and scholar Howard Adams noted, the “oppression of the native people is so deeply rooted in the capitalist system that it cannot be completely eliminated without eliminating capitalism itself.”

In the wake of the discovery of mass graves over the last months Indigenous activists are leading calls for the cancellation of Canada celebrations.

Victoria City Council recently voted to cancel their scheduled online Canada Day events out of respect for reconciliation efforts, with many other cities and communities following. While this can prove to be a good first step in reconciliation, it needs to speak to the ongoing violence faced by indigenous communities in the city and across Turtle Island.

When VicPD stripped youth of regalia and out of ceremony during an occupation of the BC Ministry of Energy in January of 2020 in support of the Wet’suwet’en struggle to keep CGL from building a proposed pipeline through their land, this needs to be addressed in the same move as the city putting off fireworks.

BC premier John Horgan like many other politicians, dismissed calls to cancel Canada celebrations by stating that “National Indigenous Peoples’ Day, would be a more appropriate time for us to collectively focus on how we can redress the wrongs of the past, and build a brighter future together.”

Horgan’s government, it should be remembered, has over the last several years been waging a struggle against Indigenous Nations land claims in BC that would impact development projects and corporate profits.

As we approach a day in which the government promotes itself as a peacekeeper, as a nation moving forward with unity, we know that activists everywhere must work to cancel and fightback against this narrative. Last year, Ellen Gabriel, also known as Katsi’tsakwas, a Mohawk activist and artist from Kanehsatà:ke Nation – Turtle Clan, spoke at a #CancelCanadaDay event where she said “They talk about upholding the honour of the Crown, but the crown has no honour.” Similar voices were heard in Victoria on June 11, with the statue of Queen Victoria being painted red, ‘Lekwungen’ being written over the colonial name of the region, and one activist saying that the “queen and everything she stands for isn’t real.”

K’Lasow Losah from the Tla’amin Nation, speaking to the same crowd on June 11, said “When we’re talking about stopping the logging of the old-growth, I remember Clayoquot Sound, I remember fighting to save Meares Island, I remember these fights from 40 years ago. Now we’re fighting beside the grandchildren of these people. I think something must be wrong with the system when we’re still fighting for 40 years to save the old-growth.”

Capitalism and colonialism are two structures that don’t serve us. They only serve those who wish to continue with violence, with genocide, and with the destruction of the natural world. More than just a day, let us work together to cancel Canada, cancel the police state, cancel families being torn apart, and cancel oppression everywhere.