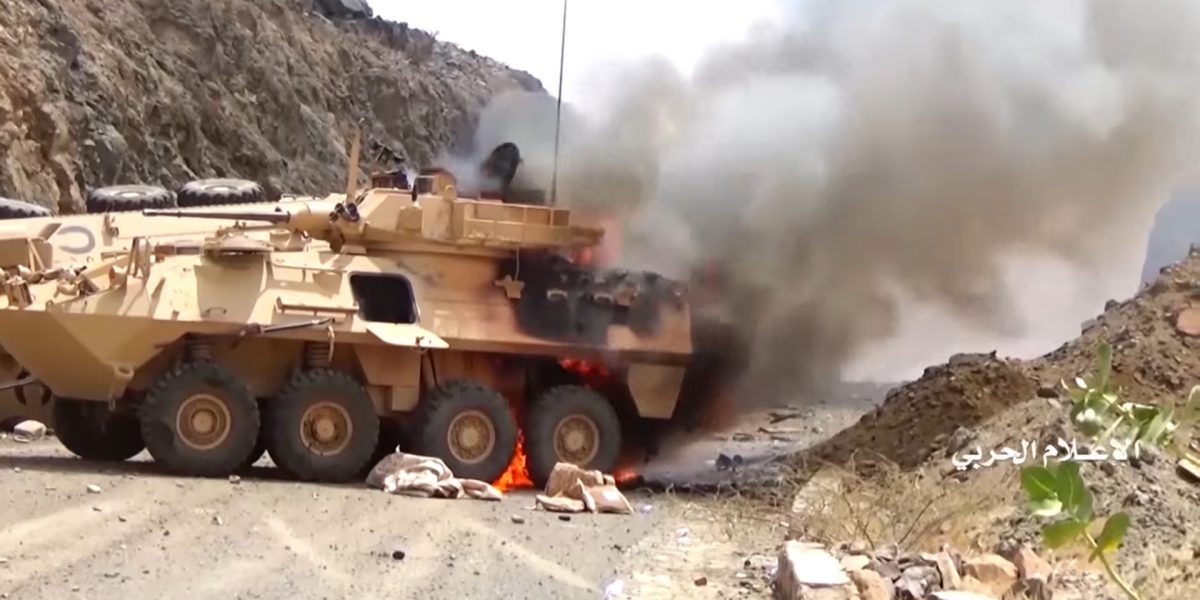 In late September of 2020, the United Nations Human Rights Council declared Canada one of the parties energizing the war in Yemen by continuing to deal arms to Saudi Arabia. Yemen is currently in the midst of what Shireen Al-Adeimi, a Yemeni-Canadian academic, describes as the “world’s worst humanitarian crisis.”

According to UN reports, in 2019 more than 230,000 Yemeni people died at the hands of this ongoing war. In addition, around 80% of the Yemeni population, approximately 24 million people, are in dire need of humanitarian assistance.

Anthony Fenton, a member of Labour Against the Arms Trade, notes that Canadian business interests have had relationships with Saudi Arabia since the 1990s, but the new  deal is of a much larger size. In 2014, the Canadian government under Stephen Harper signed a deal to sell $15 billion worth of light armoured vehicles (LAVs) to Saudi Arabia. When Justin Trudeau entered office the next year, the Liberal government approved this deal, making Canada the second largest arms exporter to the Middle East.

Simon Black, an organizer with Labour Against the Arms Trade (LAAT) and a professor of labour studies at Brock University,  took inspiration from dock workers in Europe who refused to load arms that were to be exported to Saudi Arabia, deeming them “hot cargo.” In 2019, Black constructed an open letter with other trade unionists and peace activists. This letter was directed towards the Canadian Labour Congress (CLC), and it called on them to “demand Prime Minister Trudeau immediately cancel the Government of Canada’s arms deal with Saudi Arabia” and to “declare military goods destined for Saudi Arabia as ‘hot cargo’ and use its considerable resources to coordinate labour movement opposition to this arms deal.”

Black along with those who constructed the open letter then formed Labour Against the Arms Trade, a coalition of peace and labour activists working to end Canada’s participation in the international arms trade.

Black acknowledges that in order to get workers to support this cause and take action at their place of work, workers must be reassured that any action they take will not result in a loss of their livelihood. This is why the demand for conversion is key. Black mentions the possibility of the workers who make these arms having skills that can be transferred to the production of renewable energy sources. LAAT firmly believes that a transition from arms manufacturing to peaceful green jobs is possible.

According to Mwatana for Human Rights, members of the Saudi/UAE led coalition in Yemen have recently started to use starvation as a tactic in Yemen by conducting air strikes on farms and water facilities, which is a war crime. Canada is actively arming a country that commits war crimes. Trudeau has claimed this was Harper’s deal, but the truth is the government has the power to stop arming Saudi Arabia.

It is crucial that we demand the Canadian government stop selling arms to Saudi Arabia that are being used to wage war on Yemen. The Canada-wide Peace and Justice Network has constructed a letter template that can be sent to your MP, the Minister of Foreign Affairs Marc Garneau, Prime Minister Trudeau, federal party leaders and Foreign Affairs critics. The letter consists of Labour Against the Arms Trade’s demands, including an end to arms exports to Saudi Arabia and a transition to peaceful green jobs.