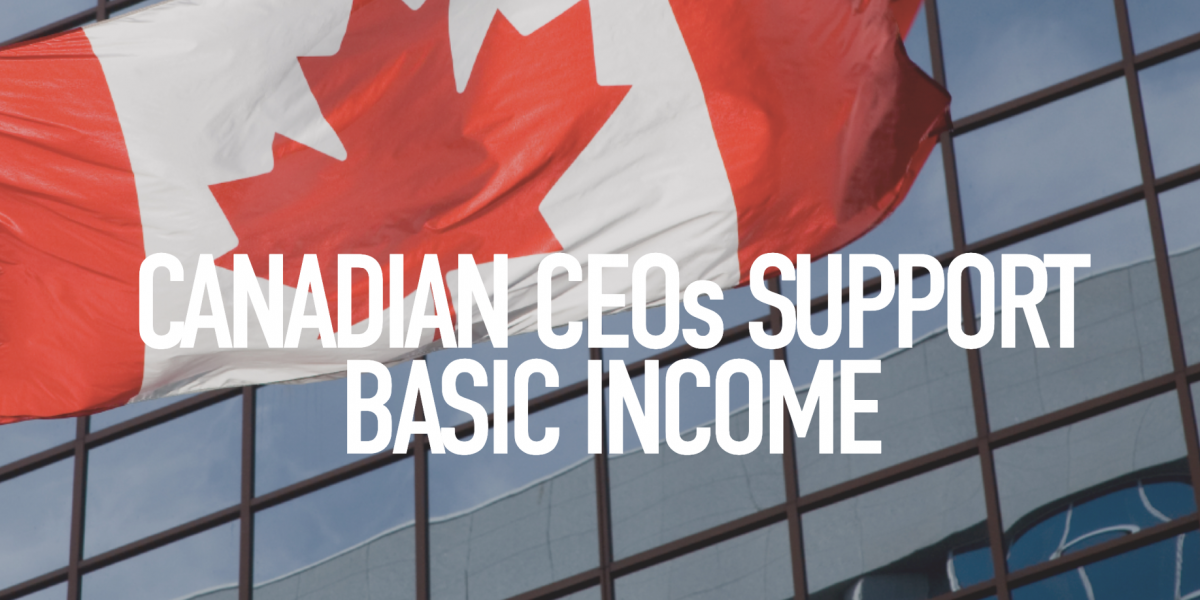 UBI Works and the Canadian Centre for Economic Analysis (CANCEA) have released what they describe as a “landmark study” that “will provide a first ever look at the economic benefits and impacts of a national basic income program.” Entitled Potential Economic Impacts and Reach of Basic Income Programs in Canada, the report is billed as a work that has uncovered the means to “end poverty while building a ‘sustainable economy.’”

The writers suggest that basic income offers an array of major changes for the good and that all would share in the bounty. They tell us that, if their proposals were implemented, millions would be lifted out of poverty, jobs would be created on a huge scale and Canada’s GDP would increase. At the same time, all of this would be “good for business.”

Before we take a look into the mouth of this gift horse, it might be well to consider just who is offering it to us. The website of UBI Works informs us that “We are a group of business leaders, economists, artists, public relations pros, and civic minded Canadians.” The work of “CEOs for Basic Income,” a group of “120 Canadian CEOs and business owners representing over $2.3B in combined annual revenues,” is prominently featured. To put it very diplomatically, it is abundantly clear that UBI Works is a business-friendly operation.

As to those who actually produced this report, CANCEA describes itself as a “socio-economic research and data firm” that is “dedicated to generating comprehensive, collaborative, and quantitative insight into the short- and long-term risks and returns behind market changes, policy decisions and economic behaviour.” We are assured that “CANCEA does not accept any research funding or client engagements that require a pre-determined result or policy stance or otherwise inhibit its independence.” Their research is pursued by way of a “an agent-based platform called Prosperity at Risk, which is an extensive, data-driven model of 56,000 locations across Canada.”

It has, however, been suggested that CANCEA’s impartial quest for truth might not be all it is claimed to be. In 2017, a coalition of business groups, called Keep Ontario Working, came together to oppose an increase in the minimum wage and improvements in workers’ rights. They commissioned a report that claimed these measures would result in massive job losses and that Ontario households would each face $1,300 in annual costs. The subsequent rise in the minimum wage and strengthening of employment standards via Bill 148 not only didn’t didn’t lead to the job losses predicted by CANCEA, but the province actually added jobs at a higher rate than the national average.

At the time the Canadian Centre for Policy Alternatives (CCPA) challenged these findings as inaccurate but also had some very critical things to say about the quality of the research that had been conducted by the authors of the report. It had been written by none other than CANCEA. It was pointed out that this group “is known to use a proprietary model of the economy, not subject to peer review” and that all such models “rely on assumptions, any number of which could be problematic and open to challenge.” If CANCEA’s methodology is “impartial” then it is also extremely opaque and prone to coming up with results that are to the liking of business leaders.

A Golden Age of UBI

The report presents the alleged benefits that would flow from the introduction of two basic income models, a Guaranteed Minimum Income (GMI) that would provide “$24,000 for individuals and $34,700 for couples” and a “dividend plus” version providing “$24,000 for individuals and $36,000 for couples, and includes a $6,000 annual universal dividend paid to all adults” (p. 1). “The GMI program would see the federal government disburse $122 billion to families in the first year, while the Dividend-plus-GMI program would see $235 billion in payments made to families in the first year” (p. 6).

I don’t propose to go into great detail in terms of the social and economic benefits that are set out but, if the writers pride themselves on impartiality, they have no similar commitment to understatement. We are told that the proposed models “could lift more than 3.2 million families out of poverty, while also resulting in economic growth” (p. 8). The assumption that basic income would bring in huge gains for the economy is no afterthought in this report. Their investigatory methods produce boundless possibilities: “In five years, the GMI program could contribute an additional $173 billion to $309 billion in cumulative nominal GDP under certain funding scenarios. In five years, the Dividend-plus-GMI program could contribute an additional $189 billion to $419 billion in cumulative GDP,” they claim (p. 37). We are told that an additional 450,000 jobs could be created in Canada in the fifth year of the golden age that basic income would usher in.

So, what on Earth is going on here? What is this corporate-driven exercise trying to accomplish with such lavish promises of poverty elimination and a boundless economic recovery that seems immune from any fluctuation, let alone downturn?

An instructive clue lies fully exposed among the rosy promises. It seems that this model will only reach its full potential if working class people, rather than capitalists, foot the bill through the taxes they pay. We learn that “Our analysis demonstrates that relying too much on government debt or on businesses to fund a basic income program could diminish the economic impacts of the program in the long run. However, when a program is funded largely or entirely by households, a basic income program could support positive, long-term economic returns” (p. 8). In Marx’s Capital, he debunks an Oxford economist, Nassau W. Senior, who seriously argued that a reduction of the working day to twelve hours was not possible without destroying business profits. The assertion that basic income will solve all problems — but capitalists shouldn’t have to pay for it — may be the 21st Century’s audacious equivalent of “Senior’s Last Hour.”

We are back to the very elements of basic income that tickled the fancy of Milton Friedman, as he helped bring forth the neoliberal decades, and that today wins the approval of Silicon Valley billionaires and ideologues of the right, like US political scientist, Charles Murray. For all that basic income has a base of support on the left, it is fundamentally an approach that will serve the agenda of intensified exploitation that has been imposed during the neoliberal years.

Governments in Canada have no intention of establishing a widely distributed cash benefit that is set at the levels of adequacy suggested in the report. It is also a fantasy to imagine that the present economic crisis of capitalism can be resolved with the supposed stimulatory effect of a basic income, serving as a form of latter day Keynesian intervention.

The appeal of basic income to capitalists and their political enablers is not based on raising working class living standards but, rather, on how it would facilitate their exploitative aims. The proliferation of low wage precarious work has rested on the systematic degrading of existing income support programs. Low benefit levels have ensured that a climate of desperation was created that drove workers into those jobs. That neoliberal agenda wouldn’t disappear with the introduction of basic income — and it would be subject to the same austerity attack as the previous programs.

However, a basic income approach would mean that a mass of low wage workers, many of whom work for some of the 120 CEOs celebrated on the UBI Works website, would now be receiving a large part of their income from taxes paid by other workers. This is exactly the model that is so stealthily advanced in this report. As I’ve argued previously, such a subsidy to employers would undercut efforts to fight for decent wages and to push up the minimum wage. This, we already know would be very much to the liking of CANCEA and those to whom it renders its “impartial” services.

The carefully packaged corporate case for a system of basic income that we are dealing with here is designed to strike a chord with those facing the hardship and considerable uncertainty that the present moment has created. It appeals to a very legitimate sense that urgent and major change is needed. However, the fight for such change is not to be found in the business-friendly CANCEA report. It lies in the struggle for decent wages, hugely improved unemployment and disability benefits, and greatly expanded free public services. It is to be found not in the false hopes peddled by UBI Works but in a struggle against the very web of corporate interests of which they are part.