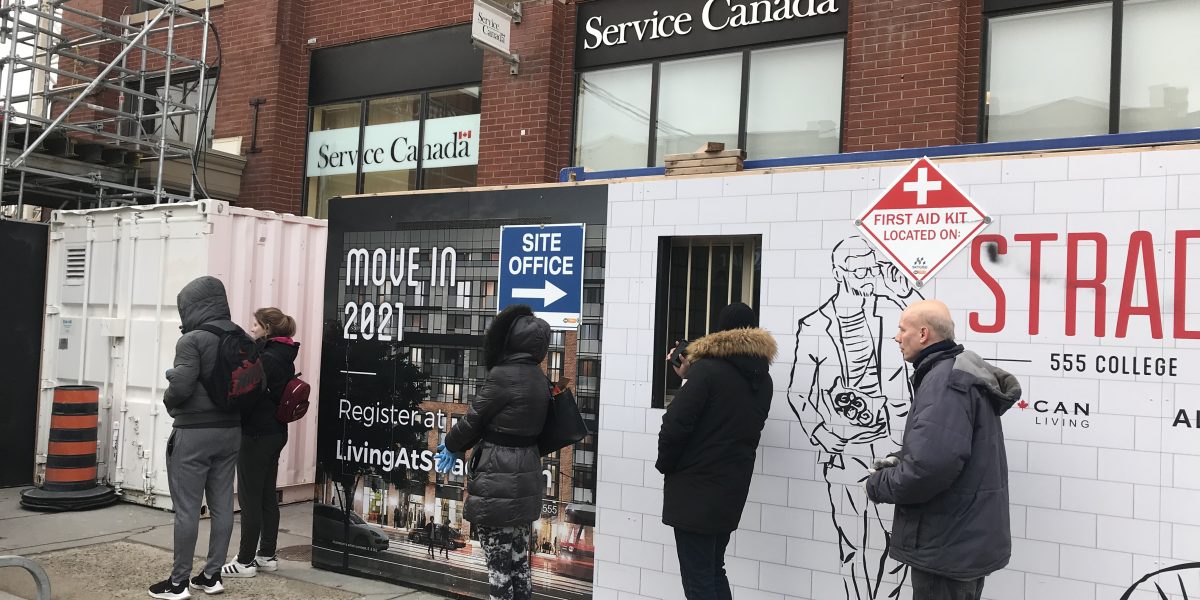 I’ve written quite a number of pieces over the last few years that set out the reasons why I think basic income is a social policy proposal that the left should oppose. In these, I suggest that it would actually further the neoliberal agenda of intensified exploitation and austerity. I and two other members of the Ontario Coalition Against Poverty (OCAP) worked with the Socialist Project to put out a pamphlet on the issue and I more recently tried to apply these ideas in the context of the present pandemic crisis for Canadian Dimension. What I want to do here, however, given that pandemic lockdown has generated very legitimate and important discussion on income support issues, is to set out five essential considerations, expressed as succinctly as possible, in an attempt to provide the basic reasons to oppose basic income.

1. The Function of Income Support.

Before we even consider the notion of basic income, it would be well to remind ourselves of how and why systems of income support were put in place in capitalist societies, since these factors must be kept in mind when we evaluate any proposal to refashion such systems.

Capitalism emerged out of the overthrow of the feudal order. The peasants were removed from their land holdings and forced to become wage workers. A surplus unemployed population was created and with this came social unrest. The English Poor Laws were instituted to contain that unrest but to provide no more than was absolutely necessary. The concept of less eligibility argued that relief should be set as low as possible and the conditions of providing relief should be calculatedly degrading and punitive. The whole idea was to limit social provision as much as possible to ensure that the supply of workers for the lowest paying and worst jobs would not be impeded. Modern income support systems have always been based on the same essential principles and considerations.

From the 1970s on, we deal with a period in which the goal is to restore higher rates of profit by increasing the level of exploitation of workers by their employers. There are various elements to this agenda but the one that concerns us here is the systematic degrading of income support systems. There is no need to detail these, given my goal of providing an essential outline, but the depressed wages and enormous growth of low wage and precarious work that has taken place during these decades has required that those being driven into this sector of the workforce would not have any other source of income that might provide them with any bargaining power. Hence, the international drive to severely limit social benefit systems that has intensified as the neoliberal order has advanced.

3. The Balance of Forces

In this context, it is now suggested that a basic income, universally or widely provided, can reverse the impacts of the neoliberal assault. Advocates of this idea correctly point out that existing income support programmes are inadequate and punitive but, frankly, the alternative they advance is a faith based proposition. The whole issue (flowing from my first two points) is that income support systems are inadequate and have been made even more inadequate for a reason. The problem is not that there is a social policy design flaw that needs to be worked out. A carefully crafted political agenda, based on the profit needs of capitalism, has been at work. The undermining of income supports is one of the defeats that we have suffered during the neoliberal years. Our inability to prevent this flows from an unfavourable balance of forces in society. These considerations don’t disappear if you change the label on the benefit system. Bluntly put, there is no social policy detour around the strategic imperatives of the neoliberal agenda.

In my view, basic income is very much worse than a futile effort and it actually offers considerable possibilities for advancing the aims of neoliberalism. Again, trying to stick to essentials, I would say this is true in two key ways and right wing advocates of basic income are very aware of these considerations. Firstly, with an ongoing project to create an ever more elastic and precarious workforce underway, basic income leads to a situation where a portion of the wage bill is now covered out of the general tax revenues. That is to say, low wage workers receive a portion of their income from the taxes that other workers have paid. It is also so say that employers receive a subsidy that enables them to keep wages low. This blocks struggles for living wages and lets governments off the hook when it comes to minimum wage increases.

At the same time, in the context of an agenda of cutbacks and privatization, social provision now becomes commodified. A cash payment is provided that will serve to replace other social programs and public services. Advocates of a progressive basic income will generally admit that this right wing version exists but they will stress that their vision isn’t like that. However, we come back to the question of the balance of forces. The issue of what form a basic income takes will not be decided by hopes and dreams but precisely by that societal balance. The objective of using degraded income systems to generate a climate of desperation and expand the low wage sector is presently in the ascendency and the notion that basic income is a path around that is not rooted in reality.

5. Why Left Support for Basic Income

I’ve read a lot of material and listened to a lot of arguments from left thinkers who advocate for basic income. In my view, support for such a reactionary idea represents a demoralized and disorientated reaction to the reverses of the neoliberal period. Confidence in the objective of fighting for living wages and improved public services has been weakened because we have not been able to prevent a move in the opposite direction. So, the notion emerges of simply topping up wages out of public revenues and accepting the proliferation of low wage precarious work. Social programmes and public services are being devastated so the idea takes root of compensating for this with a cash payment. Sadly, however it is rationalized, this is really an attempt to make peace with the neoliberal order. Just as sadly, it is a futile effort because global capitalism isn’t interested in making deals or taking prisoners. Our only immediate way forward, lies in a struggle for workers’ rights, living wages, strengthened social programmes (including those that provide income support). That is a tough fight and we are not starting from an ideal position but it is the reality and, to place our hopes in a social policy initiative that serves the interests of our enemies, is a profound mistake.

This is republished from John Clarke’s blog