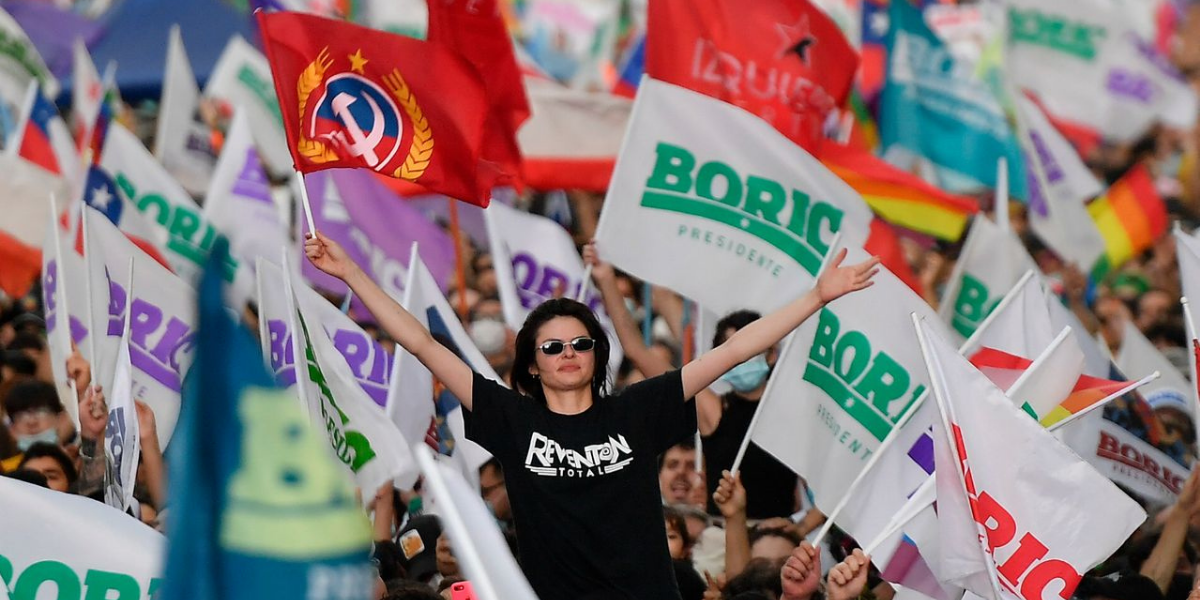 Gabriel Boric, the left wing candidate in Chile’s runoff presidential election, has decisively won the vote and will become the youngest Chilean president and the most radical since Salvador Allende. He defeated fascist-wannabe and Pinochet admiring Jose Antonio Kast by almost twelve percentage points. What many predicted would be a very tight result, with dirty tricks from the right and the West used to undermine Boric, turned into a landslide-win that will allow the social transformation kicked off by the 2019 social uprising to continue.

Roots of the victory

Since the end of the Augusto Pinochet dictatorship, a coalition of centrists and centre-left parties, called the Concertación, have dominated Chilean politics, winning every presidential election until losing to the right in 2010. Concertación brought together former rivals, the Socialist Party and the Christian Democrats (and several other smaller parties) and the various administrations they led did little to shake the neoliberal foundations that Pinochet had left behind, maintaining the trade liberalization and economic deregulation that the dictatorship had espoused.

The mass student movements that rocked Chile in 2006 and 2011, which called for educational reform and against the vestiges of the Pinochet years, helped realign political forces, with the Communist Party shifting left and a new political alignment, called Frente Amplio, emerging as a serious challenge to the traditional parties that ruled Chile. One of the many radical leaders to emerge out of these movements was Gabriel Boric.

In 2014, Michelle Bachelette, who had been a Concertación president, ran under a new banner (Nuevo Mayoria) and with a much more radical program, won the presidency and the wave elected to Congress many radical leaders of the 2011 student movement, including Communist Camila Vallego and Boric. Bachelette’s second presidency fell short in results, maintaining a commodified education system based on a voucher system, not making any significant changes to the tax code or labour laws, and refusing to attempt constitutional reforms. The demoralization resulted in Sebastian Piñera winning a second presidency in 2018. Despite the right winning the presidency, the Frente Amplio emerged as a new formidable political force that encapsulated the more radical desires of the social movements. Their presidential candidate almost advanced to the runoff-vote against Piñera and Frente Amplio would elect twenty congressional seats and a senator.

In late 2019, Piñera’s administration instituted an increase to public transportation fares in Santiago, a small change that hit a nerve among a population exhausted by degrading public services and increased costs of living. What exploded was a massive student and youth uprising that turned into a general strike calling for massive changes, including constitutional reform.

The movements rocked the government, with Piñera firing his entire cabinet and promising social reforms. There was also an agreement involving both right and left parties to rewrite the constitution that would involve two referendums and an election of a constitutional assembly and a commitment from the left, including Frente Amplio, to try to re-establish social order. This caused some division inside the movements, with some fearing that such a prolonged process was vulnerable to easy defeat and worried that quelling the social forces that had pushed the political agenda leftward would allow the right to regroup.

Piñera did use the receding of the strikes as his opportunity to crack down on those that continued to protest and the first referendum on how a new constitution should be drafted was delayed due to COVID. However, when the vote was finally held in October 2020, the vast majority approved a Constitutional Convention, a process favoured by the left and opposed by the right. A subsequent vote for who would be members of the Convention in May 2021 marked another massive defeat for the right, with their coalition Vamos por Chile, winning fewer than 24 percent of the seats and therefore unable to veto the more ambitious proposals the left would bring to the table.

The left coalition for the presidential election, Apruebo Dignidad, chose Frente Amplio’s Gabriel Boric as their presidential candidate, and initially he appeared to hold a massive lead in polls. However, rightwing populist voices like Kast and Franco Parisi began to exploit growing uncertainty caused by COVID and economic instability. Kast specifically targeted fears about growing immigration and painted himself as an “outsider,” rhetoric that worked for Donald Trump in the US and Bolsonaro in Brazil. With the movements largely off the streets (at least compared to 2019) and not directing anxieties leftward, Kast was also able to tap into concerns about what the changes the constitutional reforms could mean. A Kast victory would have been devastating to that process, since you would have the President actively campaigning against any of the changes recommended and put before the population in a second referendum.

Kast won the first round of the Presidential election but the tide quickly turned against him. Boric took the lead in the polls. Most polls ended up underrepresenting the support the leftist candidate had. Kast’s vocal support for the Pinochet years touched a nerve with huge sections of the working class knowing that the economic crisis facing the nation is largely the doing of the dictator’s neoliberal experiment in Chile.

Now there is a lot of expectation on Boric to bring about massive social reform and to guide the constitutional changes to victory. Boric has tried to moderate expectations but he still has committed to increase taxes on the rich and natural resource industries. He embraces pro-environment positions, wants to invest in public services and drastically transform the private pension system that has caused so much hardship. A Boric victory with these relatively moderate programmatic priorities was enough to scare markets the morning after victory though, and there will be a big role for social movements to keep the social pressure on his presidency to follow through and push even more ambitious changes.

With no majority in the Congress, many of these reforms may face hurdles. The referendum on the still to be announced constitutional reforms is likely to be fierce. Failure to succeed will open the door for further overtures from the far right as the economic and social crisis likely keeps on ravaging the working class.

Boric’s victory is a huge victory for the left but as with many of these victories, the left needs to keep its eyes on the prize and recognize there will be challenges moving forward in efforts to get the radical social change desperately needed.