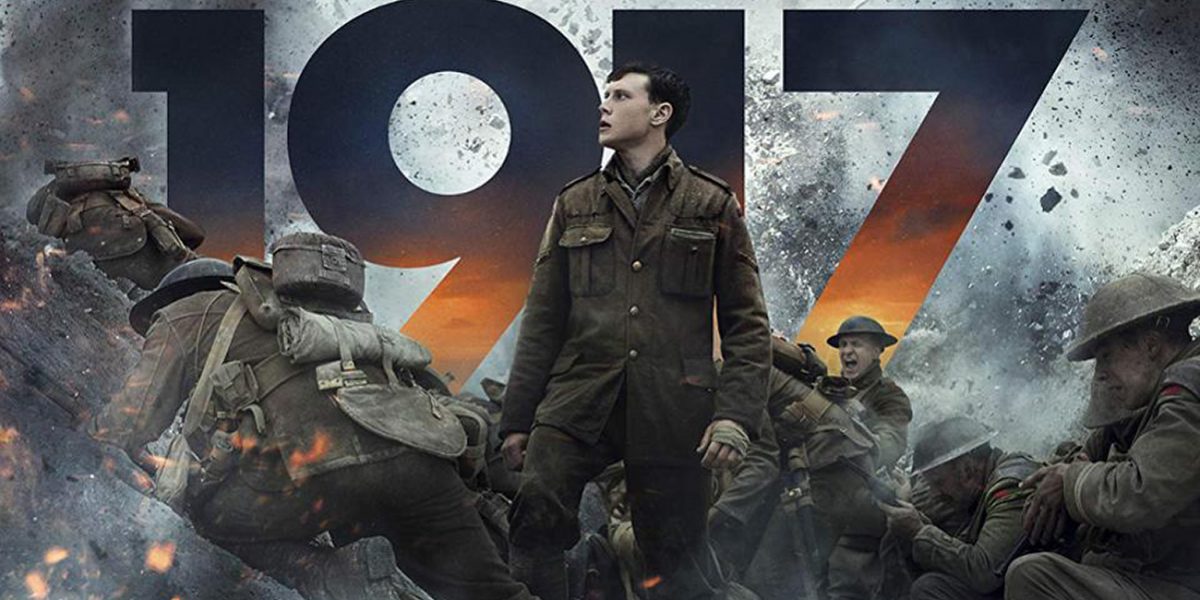 As threats of war are once again the reality in the world, following the US assassination of Iranian official Qasem Soleimani, how our culture depicts war is once again under the microscope. There is a long history of powerful anti-war films (All Quiet On The Western Front, Platoon, Coming Home) that depict the anxieties about imperial interventions and offering challenges to how past wars should be remembered.

Sadly, the new Sam Mendes film, 1917, is not that. Just in time to be Oscar bait, 1917 has already won Best Drama at the Golden Globes and been nominated for 10 Academy Awards. It is one of the frontrunners to win the big prize next month and has been released to critical and commercial success. Yet, while it is in many ways stunning, it falls into the similar trap of providing a visual representation of war without asking the deeper questions about why there is war.

Set in April 1917, two soldiers, Lance Corporal Blake and Schofield, are asked to warn a nearby battalion to call off a planned attack against the German lines and avert disaster. With Blake’s brother among those soldiers set to advance, they begin the trek and avert enemy fire and booby-traps, in hopes of stopping the death of 1600 troops.

Without a doubt, this film is a technical and visual masterpiece. Shot as a two hour-long single take (there are seamless and imperceptible cuts apparently) the movie is propulsive, filled with tension, broken up by some really breathtaking set pieces (the cinematography by legendary cameraman Roger Deakins is stunning—give him the Oscar already!), and emotionally heart-wrenching. The skill that Mendes and his crew show in the final product is impressive. It is understandable why this film has garnered the attention it has on that level.

But is that enough? Recent decades have seen many big budget and/or stunning war films. Saving Private Ryan, Dunkirk, and The Hurtlocker come to mind. What all these films have in common, however, is their obsession with the aesthetic of war but not the politics behind it. 1917 keeps in that tradition, offering the most minute detail of the battlefield: the barbed wire, the bloodied corpses, the ragged trenches, the intensity of gun fire.

Showing how violent and brutal war is, however, doesn’t do anything to challenge the march to war that our leaders seem intent on every few years. When politicians and militaries recount the experiences of WWI and WWII, the brutality of war isn’t erased but rather is seen as character-building and valiant. The wars may have been horrid, but they were just and those who fought them should be idolized because of how horrid their experiences were. Any attempts to ask the questions behind the conflict (why they were fought? In whose interests were they fought? Who did the fighting?) are dismissed as trying to insert politics into something that is apolitical.

But war, as Clausewitz noted, is politics by other means. It is the continuation of policies into the realm of armed conflict when no other resolution is deemed possible. WWI was unquestionably about the British and French empires protecting their colonial projects from the advances of Germany, eager to get into the imperial game. Millions of largely working-class soldiers on all sides were sent to their death in order to protect the interests of competing capitalists. It was the policies of colonialism and imperialism that required the bloodshed.

But 1917 doesn’t ask any of those questions. In passing, some soldiers complain about the endless conflict but there is hardly any meat to the dialogue, leaving little impression. While the film powerfully depicts the ugliness of war, by asking few questions it does little to challenge the narratives of imperialism, which continue to hold up the World Wars as moments of national unity and greatness, leaving out the details about who benefited from this unity, who benefited from the sacrifice.

Toward the end of the film, the Colonel the two soldiers had to deliver their message to pessimistically notes that the war would only end with the last man standing. But that in fact was not true and it is an ironic line in a film called 1917. Several months before the events of this film, Russian soldiers, workers and peasants overthrew their Tsar and by November of that year the Bolshevik revolution would lead to Russia pulling out. Within a year, another revolution in Germany, inspired by the Bolsheviks, would result in the end of WWI, leaving in its place a revolutionary spirit and movements across the world.

While 1917 is a well-crafted and entertaining film, it is the 1917 of revolution that we need to talk about and remember if we truly want to end the carnage the film so vividly depicts.