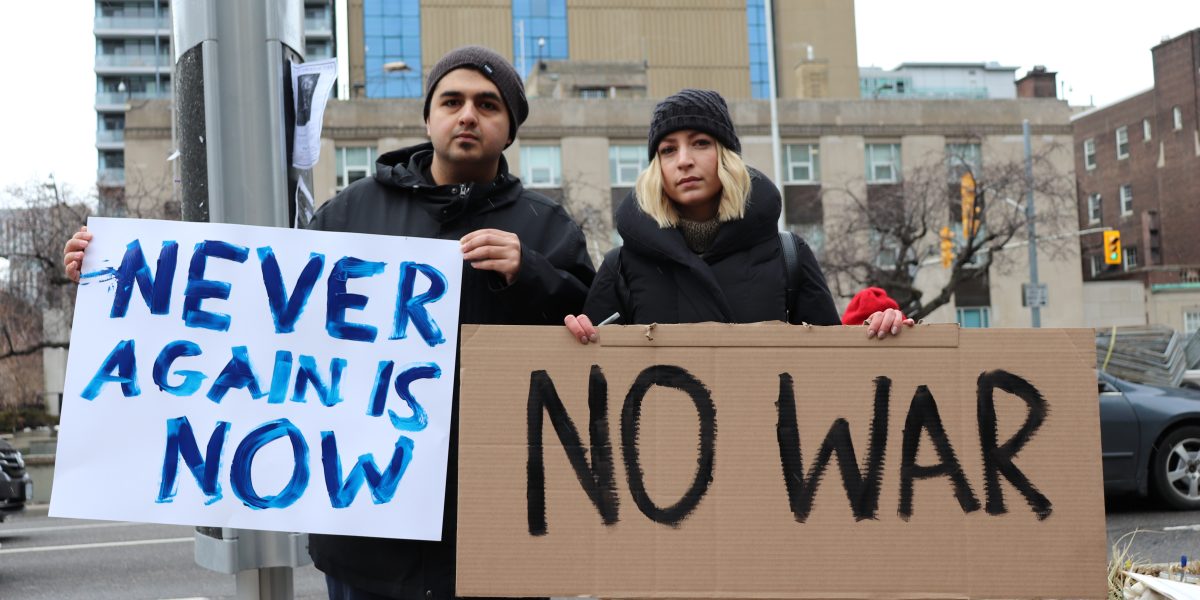 We stand in solidarity with the poor and working class of Iran.

In opposing the war on Iran, we do not condone the violence committed by the Iranian government over many decades. Just last month, in December 2019, 1,500 protestors, mostly young and working-class, were killed on the streets by the regime’s security forces—hardly the actions of a government worth defending. The protestors opposed Iranian government corruption, among other grievances, which has been worsened by US economic sanctions.

As socialists and anti-war activists, we are best positioned to support working-class Iranians by supporting their right to self-determination. A US-led war would condemn the region to further instability, undermining the Iranian peoples’ capacity to wage their own struggles. Who, after all, can struggle for their freedom when hiding from relentless bombardments? A US incursion may strengthen the Iranian government’s ability to outlaw any legitimate opposition as treasonous.

The poor, the working class, and the racialized die in rich peoples’ wars.

The racialized poor and working class have fought and died in wars from Vietnam to Iraq. Traumatized soldiers return home and struggle with demons like substance abuse, domestic violence, and homelessness, while their governments cut veterans’ healthcare and benefits. Across decades, powerful men in the White House from Richard Nixon and Henry Kissinger to George W. Bush and Dick Cheney sent young people from impoverished homes to spill their blood in needless wars.

Military recruiters in Canada and the US target poor schools to recruit young people by promising them access to free education or a pathway to citizenship. For the impoverished, the military can appear like a reasonable escape from poverty. The billions spent on war could and should be redirected to adequately funding social services like education and health care.

In Iran, US sanctions have devastated the poorest sections of its society. The poor struggle to make ends meet and afford the price of basic goods like food. Canada followed Washington and broke off diplomatic relations with Iran in 2012.

In 2003, the US assumed that the Iraq War would be won quickly as it paved the way for US hegemony in the region. But far from being swift and decisive, the war has dragged on with no clear end in sight—and with no clear victories for the US, despite the devastation it has caused in Iraq. The threat of a renewed US war is already creating more instability and could easily cause the slaughter of thousands of ordinary people in Iraq, Iran, and the Middle East.

But wars, no matter how destructive, always prove lucrative for weapons makers and their friends in the defence sector. The US Defense Security Cooperation Agency (DSCA) coordinates arms agreements between American defence contractors and foreign buyers. The DSCA and the US Embassy share staff members in Iraq.

As the storm clouds of war cast their shadows over Iran, war stocks for US-based companies like Lockheed Martin and Northrop have risen in the last few days. Indeed, the profits for Lockheed Martin reached an all-time high, skyrocketing from $4.2 billion in a single day to $116 billion. Shares for energy and oil companies have risen, too. SNC-Lavalin, the main beneficiary behind the Trans Mountain Pipeline, saw its shares rise when the threat of war on Iran emerged. We cannot separate the needs and interests of capitalism from the goals of US aggression in Iran. The lives of ordinary civilians across the region are used as pawns in the competition of global capitalism.

The unfortunate reality is that the tragic deaths of the 176 people, of whom 63 were Canadians, from the January 8 downing of flight PS 752 by an Iranian missile were the direct result of the U.S. escalation in the region. We must not allow this tragedy to be used by the Canadian government to support further military aggression or sanctions.

We oppose US warmongering and stand in solidarity with the working class and the poor across borders. We must call for an end to sanctions which are borne by the poorest sections of Iranian society. We must respect the self-determination of Iranian people by supporting legitimate movements that are struggling for their own freedom within Iran. We must oppose any military attack on Iran, which would weaken the capacity of ordinary Iranians to choose their own destiny.

Together, let’s unite and hit the streets in our thousands for the Global Day of Action on January 25 and say, “No war on Iran!”