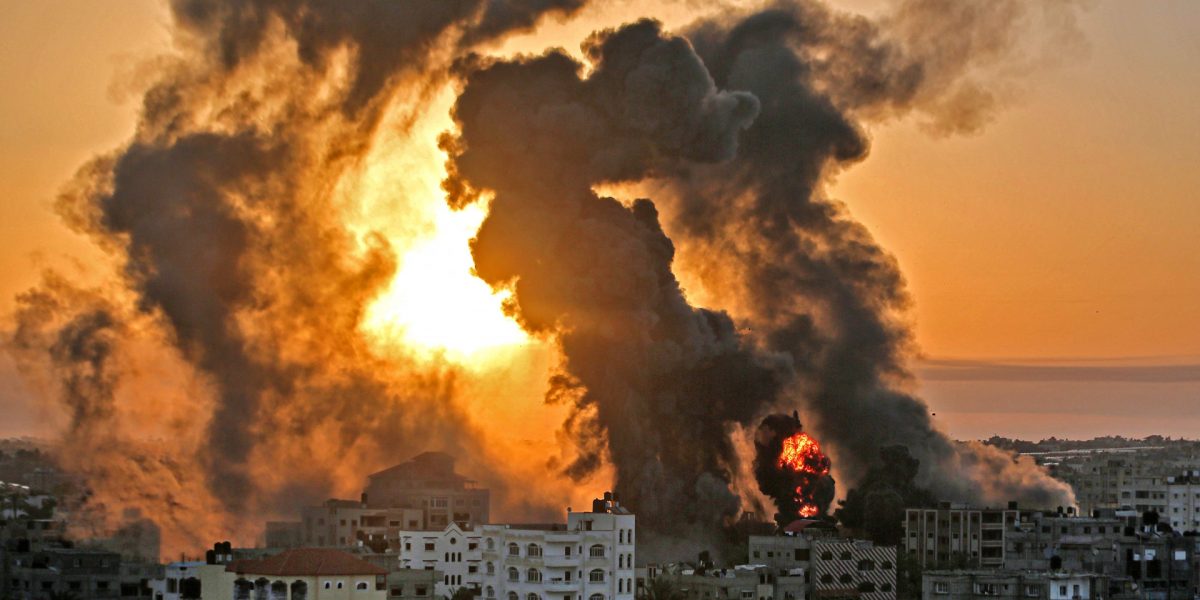 Tens of thousands have taken to the street across Canada to oppose Israeli violence, which has killed more than 200 Palestinians including 60 children. NDP leader Jagmeet Singh has called for an arms embargo on Israel, which is a positive development that highlights and challenges the role Canada plays in enabling the oppression of Palestinians.

Below are 10 further demands on the Canadian state, which the NDP and progressive activists could promote to end Canadian complicity with Israeli violence and Palestinian dispossession:

1. Investigate illegal IDF recruitment in Canada. A recent parliamentary petition sponsored by NDP MP Matthew Green that calls for an investigation into illegal IDF recruitment in Canada, which contravenes the Foreign Enlistment Act. This petition has been signed by more than nine times the number required to be read in the House of Commons. There is clearly significant support for a position rooted in simply upholding Canadian law.

2. Investigate whether registered charities are contravening Canada Revenue Agency regulations by supporting the Israeli military, racist organizations and West Bank settlements. In a sign of support for this call, 2,300 individuals have emailed foreign minister Marc Garneau, justice minister David Lametti and revenue minister Diane Lebouthillier in recent days to pressure government officials to apply Canadian law regarding charities supporting the Israeli military and recruitment for the IDF in Canada.

3. Cancel the Canada Israel free-trade agreement. When the Liberals “modernized” the accord two years ago the NDP voted against the motion because the Liberals refused an NDP amendment to the deal requiring distinct labeling on products originating from “illegal Israeli settlements”. Last summer a coalition of groups, including a number of major unions, came out in opposition to the trade agreement.

4. End cooperation with illegal settlements. NDP members overwhelming support a recent resolution calling for “ending all trade and economic cooperation with illegal settlements in Israel-Palestine.” The party motion aligns with the 2016 UN Security Council Resolution 2334, which has the force of international law, that calls on “all states …to distinguish, in their relevant dealings, between the territory of the State of Israel and the territories occupied since 1967.”

6. Eliminate the recently created “special envoy” position primarily designed to deflect criticism from Israeli apartheid. Speaking from his apartment in Jerusalem, Irwin Cotler, Canada’s “special envoy” to protect Israel from criticism, was the keynote speaker at a recent online rally in support of Israeli violence in which the moderator boasted that Montrealers’ were fighting in the Israeli military.

7. Support all UN resolutions upholding Palestinian rights. A year ago Canada lost its bid for a seat on the United Nations Security Council in large part because it consistently isolated itself against world opinion on Palestinian rights at the UN.

8. Challenge all taxpayer subsidized donations to apartheid Israel. In 2018 registered Canadian charities raised over a quarter billion dollars for Israel-focused projects. Is it right for all Canadians to pay a share of some individuals’ donations to a country with a GDP equal to Canada’s? How many Canadian charities funnel money to Sweden or Japan?

9. Stop Canada’s criminalization of Palestinian political life. The leftist Popular Front for the Liberation of Palestine and Canadian-based International Relief Fund for the Afflicted and Needy (IRFAN), which was listed because it supported orphans and a hospital in Gaza through official (Hamas controlled) channels, both need to be immediately removed from Canada’s terrorist list. Whatever some may say about Hamas tactics, the IDF has killed nearly 30 times more children over the past week and they are not on Canada’s terrorist list.

10. Formally apologize to Palestinians for Canada’s sizable contribution to the unjust UN Partition Plan, which called for ethnically segregated states and gave most of the land to the settler minority. As external affairs officials warned privately in 1947, the Canadian-shaped roadmap would lead to the decades of conflict we are seeing today.

While some may consider it unrealistic to expect the NDP and others to take up these proposals, this ignores how quickly these positions have shifted in recent weeks. A few days before the April 9-11 NDP convention, Singh refused to mention Palestinians when asked repeatedly by a CBC interviewer and instead referred to anti-Semitism five times. But a little over a month later Singh organized a press conference to call for an arms embargo on Israel and raised the issue during question period in the House of Commons. Since then, he has promoted a party petition calling for an arms embargo on Israel and used the campaign to fundraise for the NDP!

A flare up of Israeli violence, widespread opposition and NDP member resolutions have shifted the NDP dramatically within weeks. The next steps are supporting proposals rooted in applying Canadian and international law to remove Canadian complicity. Support for Palestinian rights exists within and beyond the NDP, as seen with the recent outpouring of pro-Palestinian energy across Canadian streets. The organized pro-Palestinian movement needs to channel righteous outrage towards Canada’s substantial complicity in Palestinian dispossession.

On Friday, May 21 at 7pm EDT Yves Engler will be speaking at a Canadian Foreign Policy Institute event on “The Innumerable Ways Canada Supports Israeli Apartheid”