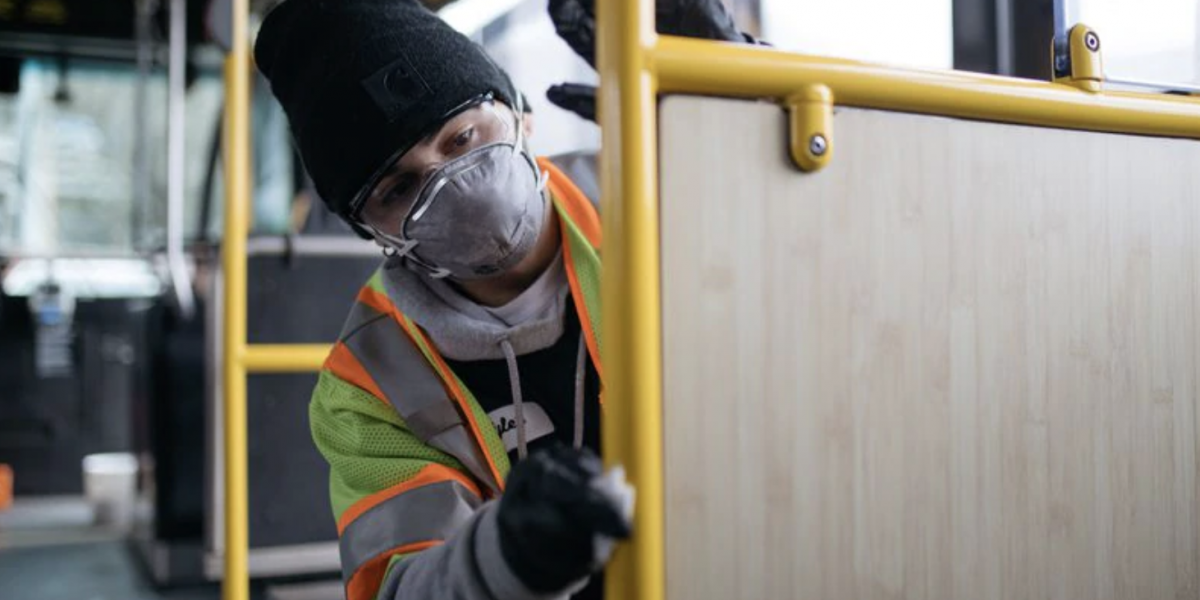 Social distancing has sent many of us to our homes and changed our landscape for organizing. No mass meetings, rallies, phone banking and the other usual activities that make up the calendar of an activist. But the COVID-19 crisis also has many of us working in unsafe workplaces, facing longer hours and has heightened some of the inequalities that we are organizing against. In that context, what do we do when public health says one thing (stay home) while capitalism demands another (go to work sick) or responds with mass layoffs?

On March 19, Labor Notes, a rank-and-file media and organizing project in the US, held an online meeting called “Organizing in response to the Coronavirus.” Labor Notes is a valuable resource for workers looking to “put the movement in labor movement,” and this web call brought together organizers from different parts of the US fighting for workers power in the midst of a pandemic.

The nearly 600 people who attended first heard from Rose Bookbinder from the Pioneer Valley Workers Centre in Massachusetts. Rose, who organizes with mostly immigrant workers in the food service or agricultural industry, talked about the “solidarity in the streets” model of organizing they adopted after the election of Donald Trump that prioritizes rapid response systems and demands that support undocumented workers.

With a 24 hour hotline and English and Spanish, the Pioneer Valley Workers Center is sending out teams to coach people on how to organize their workplaces in response to the nearly immediate layoffs of restaurant workers.

Rose emphasized the need to respond to what is happening now while building for what’s to come. That means they have been canvassing foodchain workers to see what their priorities are and what they will fight for, plugging people in who want to get involved, and collecting contact information to build their network.

Next up was Jonathon, a worker from the Queens, New York Amazon warehouse and one of the founders of Amazonians United NYC.

He described the process by which he and other radically-minded co-workers went from the passive resistance of letting packages fall off of sped-up conveyor belts to shutting down the warehouse in response to the company violating the city’s sick leave policy.

Amazonians United NYC organized around a petition with a set of demands that could unite their local fights and potentially build toward national and international struggles of Amazon workers.

Over 2,000 people signed their petition and they won unlimited time off, but people can’t afford to take it. The next step is to demand paid time off. So, as Jonathon said on the call, “People are forced to decide whether to come to work and risk their health or stay home and not get paid. So one of our national and international demands is time and a half for hazard pay and people who are at risk get to stay home and still get paid.”

He acknowledged that the Amazonians United Network has been able to get some small wins, but need to build a broader network outside of the New York warehouse, to turn that into support for folks who have to stay home. “We want to make sure that the paid time off is something that we actually have access to. Because folks that know they are sick right now can’t get access to that sick fund. Even though we had a confirmed case of coronavirus in our warehouse.”

Maria, a teacher from the Chicago Teachers Union talked about the long term work her union has done to build a coalition for defence of schools and communities. Uniting with faith groups, parents and other unions, the CTU forced the Chicago school board to close schools against the wishes of the mayor. The teachers pushed for school closures while winning daily meals and access to e-learning devices for students in need.

Now the CTU members are pushing for medicare expansion, mental health resources and tests for staff. Their demands also include $750 a week for all families with school aged children and all workers that have to leave work and an end to ICE raids and detention.

Finally, Rosie from the Movement of Rank and File Educators and United Federation of Teachers in New York who helped organize a sickout that closed New York public schools.

Rosie emphasized the moment we are in, “This is a time to agitate, because people are seeing that capitalism is failing them and we have no safety net. Maybe we need a national day of action, get behind a platform for us to push from the bottom up. Time to connect with our parents, our students, our school staff like janitors. Not just think like teachers, think about the whole school.”

The meeting was great for a number of reasons. The very nature of the meeting, done across borders and through technology in addition to the content itself, gives a glimpse of what is possible for workers and the organized left in this period. It showcased radical working class activists who are continuing their work during the COVID-19 crisis and using it as an opportunity to extend their reach, increase the boldness of and audience for their demands, while bringing new people into the struggle for workers power.

It is important that we act immediately to protect the health and security of workers while we work to use this moment to advance demands and score victories that last far beyond the COVID-19 virus. Learning from others and building networks of solidarity will be key for that task.