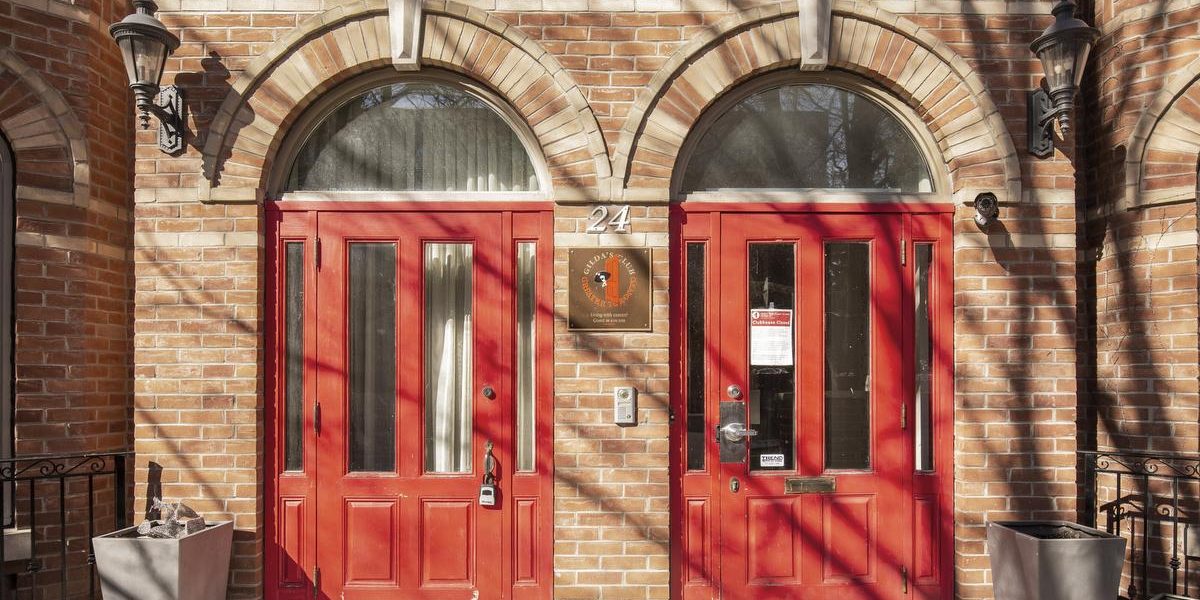 Starting a radical organization for Black liberation is no easy task. When we started Black Lives Matter – Toronto back in 2014, we struggled for years with finding space to organize, building up our skills, finding resources, securing funds, carrying out research, sourcing technological tools, providing security for ourselves, navigating the media, white supremacist backlash, burnout, attrition—the list feels endless.

So when the founders started thinking about succession planning in 2017, we challenged ourselves to build an infrastructure to alleviate infrastructural difficulties emerging organizations find themselves navigating. Could we build consistent, structural support such that grassroots Black liberation organizers no longer had to surmount these obstacles? With that, Black Lives Matter – Canada was born. Among our first priorities was to secure space.

The politics of space

Black people learn about the politics of space at a young age. We learn early about the subtle social cues that tell us where we can be carefree, and where we must shrink ourselves to fit the expectations of a world that treats us as suspect by default. We forget the times we come face-to-face with the dire consequences of not regulating our essence in the wrong place at our peril. Anti-Black racism and its function through space and place is an exhausting experience.

I came to a deeper consciousness about the politics of space as a young student organizer. As a poor, Black, woman student on the University of Toronto campus, I encountered the familiar cues and acted accordingly. But as a young adult, this was the first time I experienced how space was allocated at a time when my peers and I had more power over its terrain. Why was it that the computer science building was an awe-inspiring, brand new marvel of architecture, while my African Studies class was held in the basement of a building in a room so small that students had to sit on the floor? Why was it that certain identity-based student organizations were allocated whole buildings on campus, while the Black Students’ Association had to prove their worthiness in an application each year to potentially be granted a cubicle in the basement of another building?

This struggle with space was never more stark than when the University of Toronto decided to tear down the building housing the Transitional Year Program. The program was created in the Black community by Keren Brathwaite in an effort to provide those without the traditional qualifications for a post-secondary education an alternative pathway to a degree. It was a radical rupture into the highly traditionalist University of Toronto, and it was a monumentally successful program. While I was an undergraduate student, the program had its own building—an old mansion on St. George Street. That building housed a community of people that did not quite fit into the privilege, whiteness and youth that ruled at the University of Toronto, but it provided a space for these students and their children to be free after regulating themselves navigating the rest of campus. Here, students would have meals together and decompress, often complaining about the exhausting nature of the rest of the campus. They created a necessary community where they could feel safe and held, despite the weight of the discordance they were forced to experience outside the walls of the Transitional Year Program home.

It is a shame these students did not have control of their space.

When the University of Toronto decided it was more important to make space for another engineering building—the fourth on campus!—then preserve this precious space, these students were devastated. Years of meetings and occupations and organizing were ultimately unsuccessful. We watched, despondent, as the building was demolished, many in tears.

This politics plays out everywhere in our society.

Private space and space in the commons is by-and-large allocated by class, in support of whiteness, and becomes a tool of anti-Blackness.

Space for organizing for liberation

Space has always been one of the resources that those engaged in liberation politics use to organize. The halls, religious institutions, and homes we would build were critical to the interruptions and resistances our ancestors and elders organized. The Black Panthers, who we are deeply inspired by, facilitated their liberation program in part through the spaces they owned.

Over the years, space has become difficult to access, and it has deeply impacted our organizing. As the isolating and exploitative hegemonic force of neoliberalism became the dominant economic ideology controlling our world, the price of housing, and property skyrocketed. Wealthy landowners began to accumulate more and more private property—and public property, too. Our parks, halls, and commons of public space were divided up and sold for the wealth investment portfolios of the owners. Even space which remained in the hands of the commons was subject to neoliberal forces. Public spaces became policed, gentrified, subject to surveillance, and subject to the whims of investment plans.

Spaces once used and reserved for organizing and communal gathering were apportioned and sold. Average people, movements, and communities were gradually priced out, with the notable exception of those communities and institutions (like religious institutions and unions) so well-organized that they were able to withstand the commodification of our spaces.

In this context, it is harder to access space and use it as a resource for resistance organizing. Space is scarce, expensive, and anti-Blackness adds another layer of difficulty for those of us struggling for Black liberation. As Black people have been pushed to the margins of urban spaces by gentrification, we have lost so many community spaces. For those of us still organizing in our cities, our use of space is subject to the hegemonic forces that disrupt and endanger our lives. We access space at the will of wealthy landowners. We transfer our resources out of our communities and into the coffers of wealthy landowners through leases and rents. Our use of space is suspect, and we must prove that we are worthy of the space we seek to use, shrink ourselves to reduce the risk to our personhood in space, and are often subject to the surveillance of landowners.

Space and property are not just economic. They are social. They are political. The relationships we can build with one another are in part mediated by space.

After years of struggling with space, we decided we would be audacious and attempt to purchase a community centre to build Black power and nurture Black creation. We wrestled with the tension inherent in the choices lying before us. On the one hand, we were seeking to own space on colonized land. On the other, continuing to lease, either short-term or long term, was enriching wealthy white landowners. On the other hand, any funding we raised could go toward time-limited mutual aid projects. On the other hand, ownership would provide an enormous resource that could be used in building power to eliminate the need for the mutual aid our communities deeply rely on.

Given this context, we developed a few principles that would guide this initiative:

24 Cecil Street, a history of resistance

We were skeptical that we would be able to find a space that would meet all these markers, but with the support of a Black elder who served as our broker and was deeply invested in our goal, we found 24 Cecil. Zoned for community use, 24 Cecil is a space with deep lineage in activism and care. It was most recently used by Gilda’s Club, a community organization dedicated to supporting people with cancer and their families. Before that, the building housed the Communist Party of Canada for over 30 years, where it was once the subject of an arson attack by what was widely believed to be Ku Klux Klan operatives in Canada.

The space sits across the street from Steelworkers Hall, a community space that has been a site for activist organizing for years, a building that housed the Labour Lyceum and hosted Emma Goldman’s funeral. The community surrounding 24 Cecil is part of a living history of resistance and struggle. 24 Cecil is down the street from where the first trans organization in Canada held its meetings, around the corner from Marcus Garvey’s United Negro Improvement Association Toronto office, in the community where Black people would meet and organize in churches established by formerly enslaved Black people and down the street from the “Blackhurst” neighbourhood, where Black bookstore A Different Booklist persists despite years of gentrification.

We have named the space Wildseed after the speculative fiction by Octavia Butler, Wild Seed. The mission of the space is to support and nurture explicitly liberatory Black creation, community-building, and power in a time and geography that is normally dismissive of us. This will be a space rooted in disability justice, Black transfeminist politics and an Afroglobal orientation that will house political education programs, skills-sharing programs, and mutual aid initiatives. Black artists can create unapologetically political pieces in the spirit of Butler’s speculative fiction teachings.

Space is one of the most critical resources we can harness and leverage in building radical power. We could not be more grateful to have the opportunity to support Black organizations building power and creating new futures by sharing the scarce resource of space in the hopes that it brings us closer to the liberatory future of our collective dreams.