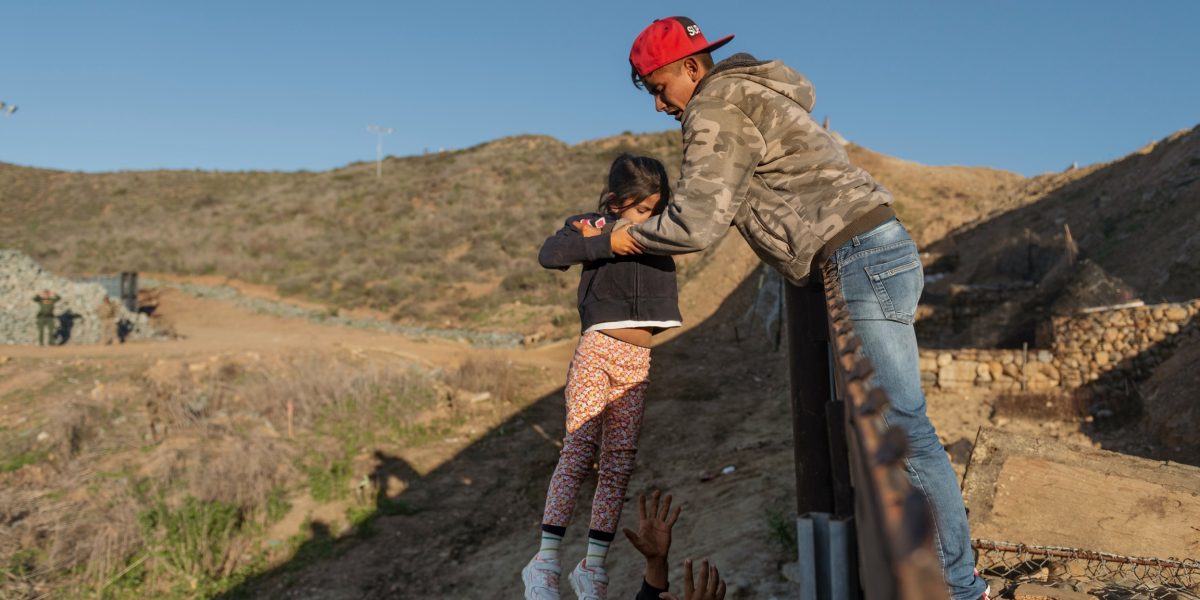 Border and Rule – Global Migration, Capitalism and the Rise of Racist Nationalism by Harsha Walia (Fernwood/Haymarket, 2021).

In her new book, Harsha Walia delves deeper into her original concept of “border imperialism” and traces contemporary structures and processes of race-making, nationalism and migration back to their historical roots in colonial and imperial violence, state formation and capital accumulation.

Border imperialism, according to Walia, highlights the ways in which violence towards those who migrate towards, and are displaced at, state borders are maintained through “imperial subjugation, criminalization of migration, racialized hierarchy of citizenship, and state-mediated exploitation of labor.” The book itself is divided into four main parts to take the reader through each of these enumerated processes. Within each process, Walia historicizes current events to reveal that state violence towards migrants, and particularly Black and brown migrant bodies, is neither new nor partisan in the sense that it is inflicted through laws and policies legislated by right-wing governments. Rather, borders are spatial manifestations of material relations shaped both by neoliberal capitalism, upheld by status-quo liberalism in privileging individual liberty and free market ideologies, and right-wing nationalism informed by a hierarchical structure of “class, race, caste, gender, sexuality, ability and citizenship.”

Though it is largely an academic piece, Walia’s book is deeply informative, accessible and replete with concrete examples, case studies and statistics to support her claims. Her challenge of dominant conceptual frameworks and political narratives of the pressing issues of our time also incorporates urgent calls to action to all of those engaged and committed to a politic of liberation, resistance and struggle for collective freedom.

Walia argues for a discursive shift in how we understand violence towards migrants at borders. She zeroes in specifically at the US-Mexico border. Under Donald Trump’s presidency, appalling images of children in cages, separated families and bodies of dead migrants in the Rio Grande shocked the world, with many, on both sides of the political spectrum, commenting on a “border” crisis at the US-Mexico border. However, as Walia notes, this kind of framing erases the deep historical US entanglements in Central and South America, in the propping up of authoritarian governments to quash socialist uprisings and anti-imperial movements to protect imperial interests and the flow of capital and wealth from the south to the North.

Instead of a border crisis, we have a displacement crisis: we must recognize the US’ imperial plunder in Central and South America, both historical and contemporary, is deeply implicated in the dispossession of land, homes, access to basic social services and the right to live in dignity, and it is this very dispossession that leads to the arrival of migrants at the borders of the very governments responsible for their displacement.

Walia examines state-sanctioned violence against migrants beyond the US. This violence against migrants has deep roots in Western imperialism. For instance, Walia looks at the settler-colonial state of Australia and its offshore immigration detention centers in countries like Papua New Guinea. Australia, under the guise of economic partnerships with sovereign countries, actively provides state funding to offshore immigration detention centers as a way to control its borders and preserve the social formation of its settler polity. This project of preserving Australia’s white identity is directly linked to the ongoing expropriation, dispossession and colonization of Indigenous peoples whose governance, kinship and residence on the islands pre-existed the arrival of British and Irish settlers in the 1700s.

The tools of gatekeeping of bodies are permitted as part of the social formation of white Australia are essentially the same colonial tools being used to deny Indigenous peoples of their right to exist and live as the original bearers and stewards of their land. White Australia does not exist without the expropriation of Indigenous land and as such, Indigenous bodies are similarly perceived as existential threats to the white settler project.

This same colonial logic of borders can be seen in other settler-colonial states like Canada and Israel. These states perpetuate a settler-colonialism that enforces and extends a colonial relationship towards Indigenous populations while actively denying entry or stripping rights of migrants. Canada, for all its self-mythologizing about tolerance and multiculturalism, actively renders racialized migrant labour as permanently temporary and precarious through its laws and policies, ensuring citizenship is all but a pipe dream. Canada’s treatment of temporary migrant workers occurs simultaneously as it continues the expropriation and dispossession of Indigenous peoples from their lands. In the case of Israel, Israel deploys both its apartheid regime against the native Palestinian populations and its use of white ethnonationalism to discriminate against black and brown Jews as threats to the preservation of a white settler identity.

This is, perhaps, the book’s most enriching contribution for those particularly engaged in struggles for migrant justice today: to understand violence at the borders, we must understand the violence within the borders. Violence at the US-Mexico border towards migrants seeking refuge and fleeing persecution is possible because of centuries of colonial violence against Indigenous peoples and of the enslavement of Africans, both around the world and in the US. The structures of violence were already in place. But, just as structures of violence were and are actively made and maintained, so too can regimes of collective care, support and freedom to live with dignity.

Walia provides a necessary reminder to all of us that our struggles for a better world are inherently linked, from No One is Illegal to Land Back to Black Lives Matter to the abolition of borders, prisons, and the destruction of capitalism itself. As Walia reminds us, “Empires crumble, capitalism is not inevitable, gender is not biology, whiteness is not immutable and borders are not natural law.”