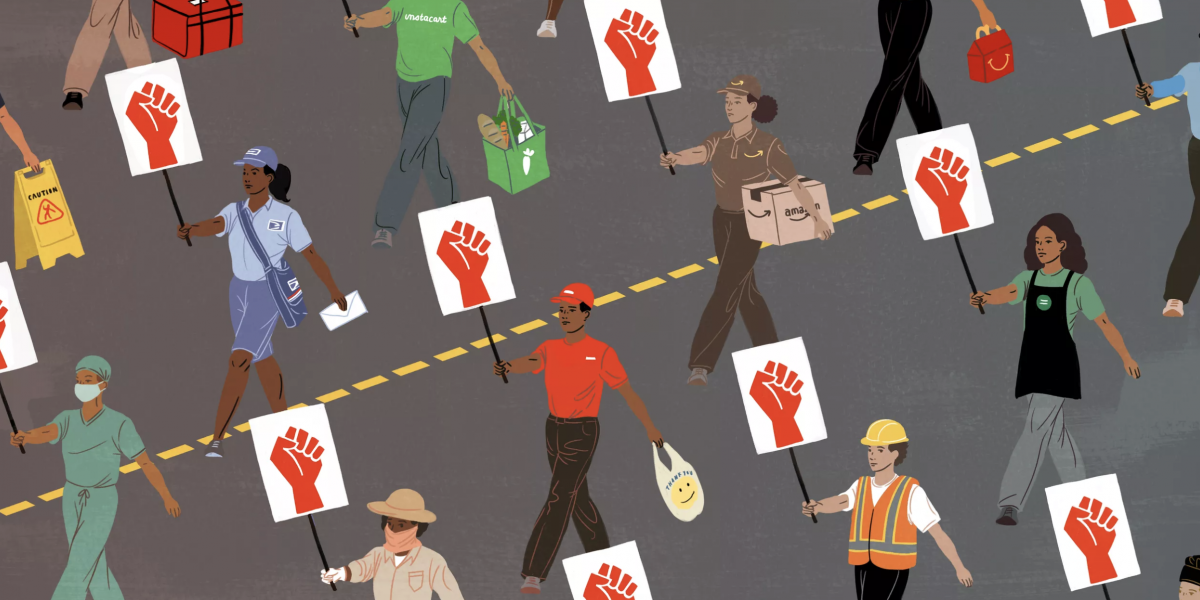 Addressing the Central Committee of the Communist League in Germany two years after the wave of revolutions across Europe began in 1848, Karl Marx famously said:  “While the democratic petty bourgeois want to bring the revolution to an end as quickly as possible, achieving at most the aims already mentioned, it is our interest and our task to make the revolution permanent until all the more or less propertied classes have been driven from their ruling positions, until the proletariat has conquered state power and until the association of the proletarians has progressed sufficiently far – not only in one country but in all the leading countries of the world – that competition between the proletarians of these countries ceases and at least the decisive forces of production are concentrated in the hands of the workers.”

Since then, the term “permanent revolution” has been studied and theorized by those looking to understand why some revolutions succeed and so many fail. While many have written about it, permanent revolution has become associated with Russian revolutionary Leon Trotsky who lived it–and especially with his experience in Russia in 1905 and 1917, and his political study and contact with socialists in China in the 1920s and Spain in the 1930s. Crucially, the theory of permanent revolution locates the potential for revolution in less-developed countries and emphasizes the decisive and transformative role the working class can have in struggles for democratic reforms.

The theory emphasizes three key points: 1) the combined and uneven development of capitalism, 2) the central role of the working class, and 3) the need for revolution to spread outside of national borders.

Karl Marx’s analysis of the capitalist system included the emergence of a majority working class capable of both overthrowing the old system and also having the industrial and social development capable of sustaining a new socialist society. Before 1917, many socialists thought that each country would have to go through specific stages of economic and political development before the working class could lead a socialist revolution. This led to the mechanical and Eurocentric conclusions that only highly developed countries like France, Germany and Britain were capable of having a socialist revolution based on their level of industrial and social development.

For many of these socialists, Russia seemed an unlikely candidate for a revolution led by the working class: it was ruled by an autocratic monarchy, had a largely peasant population and, by comparison, a small working class that only numbered a few million. Before 1917, even Lenin and his Bolshevik party thought that, while the working class would definitely play the leading role in a revolutionary movement and could not trust the capitalist class, any revolution in Russia would stop short of a workers’ government. Instead, they thought a revolution would lead to a series of democratic reforms that would make the struggle for socialism possible in the future. But based on the Russian Revolution of 1905, Trotsky elaborated the theory of “permanent revolution” in his book Results and Prospects—and just 12 years later Russia became the first country to have a social revolution led by the working class.

Key to permanent revolution is the recognition of the international development of capitalism. Trotsky emphasized that the world-system of capitalism had to be understood in terms of uneven and combined development. That means that capitalism develops unevenly, with different capitalist economies developing at different rates. The competitive nature of capitalism and the process of accumulation that is the engine of the system means that the differences between and within national economies can become quite intense. At the same time, capitalism draws all of the economies of the globe into a single, combined, world system.

The result of combined and uneven development can be seen in Russia 1905 or Sudan in 2019: small peasant production and subsistence farming next to the most modern industries—like the Putilov metal factory in Russia, or roadside tea sellers and other informal economies next to the massive Denair refrigerator factory in Sudan.

As Trotsky wrote, the combined and uneven development of capitalism “permits, or rather compels, the adoption of whatever is ready in advance of any specified date, skipping a whole series of intermediate stages.”

Democracy and the working class

The political conclusions Trotsky drew from this recognition was that the social and political structures of these countries were also affected by their late entry onto the scene of world capitalism. Because the Russian capitalist class existed alongside a small but developed working class, and was intertwined with the global imperialist system, it could not play the revolutionary role the French bourgeoisie played in 1789. The bourgeoisie in the French Revolution actively helped overthrow feudalism, achieve national independence and establish bourgeois democracy.

Under capitalism, the bourgeoisie becomes a conservative force because of their interests in the structures of the system, but most importantly, a fear that the rebelling working class might go beyond democratic reforms and instead pose an alternative power.

Trotsky emphasized that the only social class that could play that leading role was the working class. The strategic position of the working class in the economy and the reality that their fight for better living standards requires cooperation and democracy, means that even if the working class is a small percentage of the population, it can play a progressive, leading role. This can then pull the mass of the peasantry and other oppressed elements of society behind it.

The working class’ decisive force was demonstrated very clearly during the Arab Spring of 2011. In Tunisia, the role of the General Tunisian Workers’ Union was critical in deposing Prime Minister Zine El Abidine Ben Ali. The weeks of occupation in Egypt’s Tahrir Square shook the Mubarak regime, but it was the mass strikes of workers in the textile industry, ports, oil fields, and Suez Canal that finally toppled Mubarak.

Kicking out dictators, be it Tsar Nicholas in Russian in 1917, Hosni Mubarak in Egypt in 2011, or Omar Al-Bashir in Sudan in 2019, and electing new managers for the system can’t satisfy the working class’ demands for “bread, freedom and social justice” (a slogan made famous in the Egyptian revolution and sounded so familiar to the classic Russian demand for “peace, land and bread”). The capitalist class will support democratic demands up to a point, but once they challenge the core of property relations, workplace exploitation or international relations, they will try and stop the forward progress of the revolution.

This phenomenon has been on display in national liberation movements throughout the last century. Capitalists will call on the working class to help kick out colonizers and establish national independence, but quickly shift to calls for “economic stablity” and “national unity” when working class resistance and self-organization begins to threaten their own ability to make profits.

From democratic to social revolution

The experience of the last hundred or so years shows that the bourgeoisie is unable to solve the basic question of land, democracy or national independence in a way that can satisfy the working class. Trotsky emphasized that solutions to these problems were also impossible without challenging the limits of bourgeoisie private property and capitalism itself.

The Russian example of 1917 makes this case quite clearly. What began in February as a demand for democratic rights and “peace, land and bread” turned into a socialist workers’ revolution based on the inability of the capitalist government that replaced the Tsar to end the war, end feudal land relations, or feed its people. The workers and peasants of Russia found they could not rely on new rulers to secure “peace, land and bread” and instead had to take power themselves—through “all power to the soviets [ the democratic workers organizations].”

While the revolutions in Algeria, Sudan, Lebanon and elsewhere are not yet socialist revolutions, it is easy to see how revolt in one country can inspire convulsions in other countries—triggering regional revolts across North Africa and the Middle East. This is essential to overcome isolation and to stop the victory of imperialism and counter revolution from crushing these uprisings.

As Egyptian revolutionary socialist Hossam El-Hamalawy wrote three weeks into the 2011 revolution, “we have to take Tahrir to the factories now. As the revolution proceeds an inevitable class polarization is to happen. We have to be vigilant. We shouldn’t stop here… We hold the keys to the liberation of the entire region, not just Egypt… Onwards with a permanent revolution that will empower the people of this country with direct democracy from below.” Sadly the revolutionary left was too small, the working class did not lead the revolution, and it was reversed by the military.

2019 saw a new wave of revolts and there will likely be more. As Bloomberg Magazine, noted in an article titled “This Pandemic will lead to social revolutions”: “Social unrest had already been increasing around the world before SARS-CoV-2 began its journey. According to one count, there have been about 100 large anti-government protests since 2017, from the gilets jaunes riots in a rich country like France to demonstrations against strongmen in poor countries such as Sudan and Bolivia. About 20 of these uprisings toppled leaders, while several were suppressed by brutal crackdowns and many others went back to simmering until the next outbreak.”

The massive public health crisis and economic crisis unfolding across the globe will lead to anger and exacerbate the inequalities at the core of our system. The ruling class is struggling to address the crises, and it is opening the door to radical solutions. The theory of permanent revolution can help us understand how the organization and self-activity of the global working class are critical to winning them.