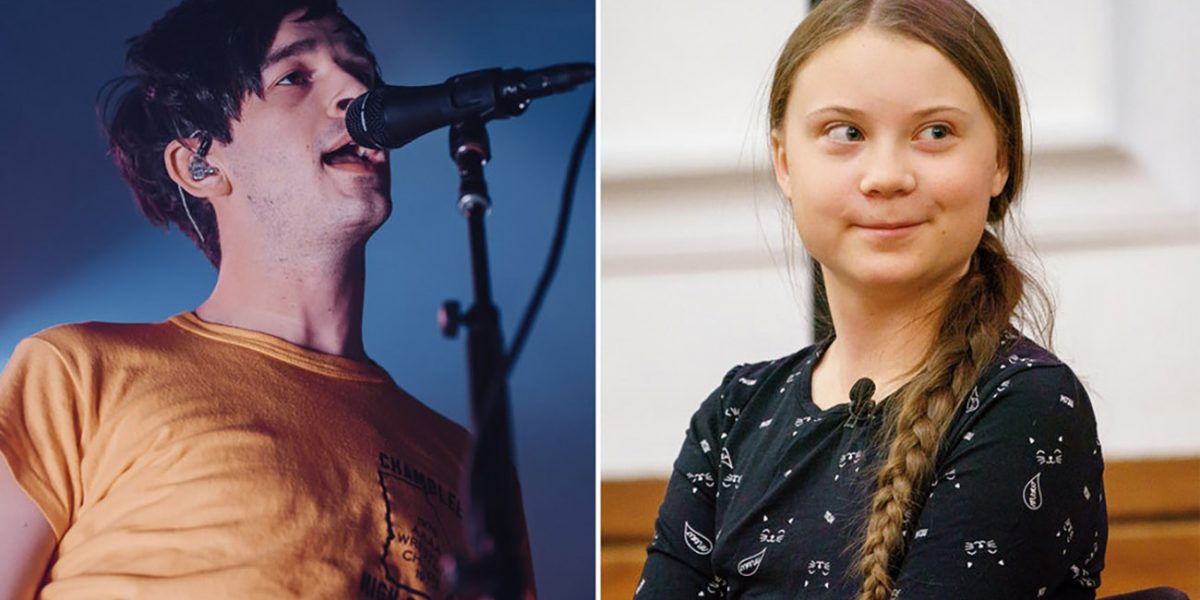 Yes, we are failing, but there is still time to turn everything around. We can still fix this. We still have everything in our own hands, but unless we recognize the overall failures of our current systems, we most probably don’t stand a chance.

UK rockers, The 1975 have released a single in anticipation of their upcoming album, “Notes on a Conditional Form.” The single is self-titled, a tradition they have carried through all of their releases. While taking strong political stances is nothing new for the band, using their platform to push such a charged lead single and opening track is a brilliant move. The track itself is a spoken word piece featuring climate activist, Greta Thunberg. For lead vocalist Matthew Healy, meeting Thunberg was “an inspiration,” and the band has announced that proceeds from track sales will go to help Extinction Rebellion.

Portions of the spoken word piece are from Greta Thunberg’s speech made at the World Economic Forum in Davos, Switzerland in January of 2019. The sparse but emotional music behind her words are in perfect balance with both the urgency of her words and the delicate state the world is in. It sounds like something Radiohead might produce in their more post-rock moments. It’s the sort of track that can seemingly play in the background, but the content itself pulls the listener in and doesn’t let go.

Thunberg’s pieces of the track are well known to many. She has become an inspiration to many and continues to fight for a sustainable system and way of life. In August of 2018, she began striking from school every Friday to protest in front of the Swedish parliament. This in turn sparked a wave of young climate strikers and activists around the world, with the next event being a week of action from Sept. 20 to 27. The track was recorded in June of this year and is the first The 1975 song to feature any artist outside of the band. “I’m grateful to get the opportunity to get my message out to a broad new audience in a new way,” Thunberg said in an interview with The Guardian. “I think it’s great that the 1975 is so strongly engaged in the climate crisis. We quickly need to get people in all branches of society to get involved. And this collaboration I think is something new.”

As mentioned above, Thunberg’s speech in the track is well known, but certain elements should certainly be emphasized here: her optimistic call to action, her cautionary voice to those who side-step the issues, and her pointed criticism of capitalism not being able or willing to solve the crisis it created. Her words are powerful and important enough that they could be reprinted here, but as they are also printed on the ‘lyric’ video below, I will simply close as she does:

If you look through history, all the big changes in society have been started by people at the grassroots level—people like you and me. So, I ask you to please wake up and make the changes required possible. To do your best is no longer good enough. We must all do the seemingly impossible. Today, we use about 100 million barrels of oil every single day. There are no politics to change that; there are no rules to keep that oil in the ground. So, we can no longer save the world by playing by the rules, because the rules have to be changed. Everything needs to change, and it has to start today.

You can purchase the song here, and listen via YouTube here