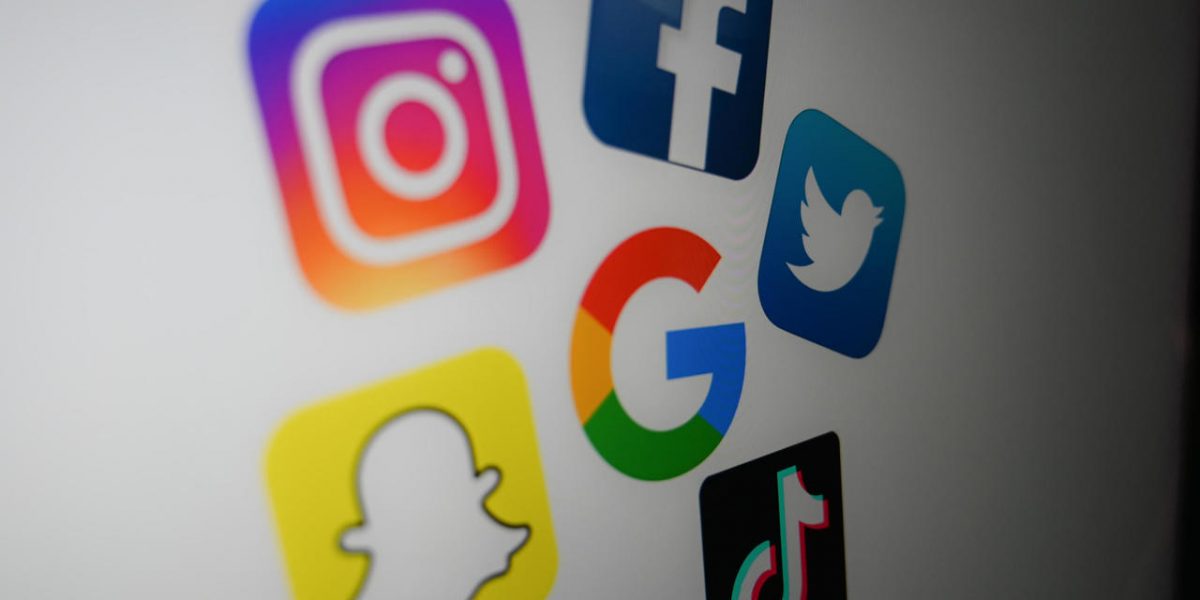 Trump went out not with a bang, but a whimper. After four wild years, the ex-President was removed not only from the White House but also from his favourite soapbox, Twitter. On January 8, the social media platform banned Trump for the “incitement of violence” that led to the Capitol Hill riot. Other social media platforms followed suit. For many it was a relief, albeit too late. Trump had long promoted misinformation targeting racial and religious minorities. His account was a weapon against the vulnerable. And just like that, it came to an end.

But this respite will not last. As long as white supremacy remains intact, big tech will be the problem, not the solution. Twitter removed Trump not out of principle, but because he became more of a liability than an asset. If anything, bans have come harder on the left than the right. Already other social media sites are attracting the exodus of virulent racists. For them these are not violent individuals, but rather a market to target. If racism is to end, it will not come from private industry. Rather, it will require critically examining how media profits from White supremacy. Instead of seeing big tech as our saviour, we must understand how the most powerful benefit from racism.

Many welcomed Trump’s ban. For years, his account pushed dangerous and harmful content. In 2015, he tweeted a photo claiming Black people were responsible for 81 percent of White homicide deaths—a blatantly false statistic. A year later, he shared an anti-Semitic photo of Hillary Clinton with the caption “Most Corrupt Candidate Ever” written on a Star of David.

Upon taking office, it was assumed his tirades would quiet down. It only got worse. A year into his presidency, Trump retweeted a video of a “Muslim migrant” beating up a Dutch man on crutches. The perpetrator was actually born and raised in the Netherlands. Last June, he retweeted a video of supporters yelling “white power” to anti-Trump protesters. He thanked the “great people” in the video.

For some, this seems forgotten. “The right to freedom of opinion is of fundamental importance” stated Steffen Seibert, spokesperson for German Chancellor Angela Merkel. Russian opposition figure Alexey Navalny said it was an “unacceptable act of censorship”. They might have a point. Yet, their criticism seems disingenuous. World leaders expressed little concern when Trump retweeted White supremacists—people who would be perfectly happy to limit the free speech of the oppressed. Their arguments also appear rooted in a laissez-faire liberal ideology, where speech has little consequence, and a free market of ideas will ensure the truth comes on top. To the contrary, speech can kill, with white supremacist rhetoric leading to violence. A Google search of “Black-on-White crime” is what initially led Dylan Roof to the online world of White supremacy, culminating in his offline massacre of nine Black churchgoers. As for the market of ideas, the proliferation of fake news has put to bed the possibility of truth’s triumph.

For years the liberal intelligentsia coddled free speech. “I disapprove of what you say, but I will defend to the death your right to say it”—a quote misattributed to Voltaire—was their motto. Since the 1970s, The American Civil Liberties Union (ACLU) defended White supremacists’ right to organize rallies, including the Unite the Right Rally in Charlottesville, Virginia. When neo-Nazi Richard Spencer was punched in the face, an opinion piece in the Nation bemoaned this act. “It saddens me [when] you are opposing fascism by beating up those who [sic] ideas you disagree with” wrote Peter Van Buren.

When Trump was banned, this free speech puritanism was more muted. To be sure, many expressed concern. But others defended Twitter’s action. “No, Twitter is not violating Trump’s freedom of speech” read an article from the Washington Post. “Twitter’s ban of Donald Trump isn’t a free-speech crisis” headlined an article from self-described “free speech extremist” Andrew Coyne. Even the right-libertarian CATO Institute deferred to Twitter’s decision, stating that “whatever it is, it is not a violation of free speech”.

What explains this change? To a certain extent, far-right extremism’s rise has dented liberal free-speech arguments. Eight months after Buren’s column, Spencer helped organize the Unite the Right Rally, where a car plowed into counter-protesters and killed activist Heather Heyer. The idea that Nazis were just people who had “ideas you disagree with” evaporated. Although the ACLU claims to still defend “speech we hate”, after Charlottesville the organization decided to no longer defend hate groups that protest with guns. This de facto ends their free speech support for the far-right, who nearly always bring firearms to rallies.

Activists have long warned about the dangers of hate speech. Liberals waking up to this might be welcomed. But it is not just the danger of the far-right that has led many to defer to Twitter’s decision. Rather, an ideological commitment to the free market’s ability to stop hate underlies this support.

Big Tech to the rescue

No one has expressed the establishment’s position better than Coyne. “I have some confidence the tech companies can figure out how to screen out the truly vile stuff without undue harm to the free play of ideas. I have no confidence the government can,” he wrote in The Globe and Mail. Coyne’s confidence that big tech is better at regulating speech than the state rests on neo-classical economics. The state’s regulation of the market only creates inefficiency. For hate speech, state bureaucracy will overreach in banning ideas. In contrast, companies can only survive in the competitive free market if they act rationally. For this reason, big tech can effectively stop hate speech, without banning harmless controversial ideas.

If this seems ideal, that’s because it is.

Big tech is not interested in principle or rationality. Rather, profit is their purpose. Hate speech is only removed when it becomes more of a liability than a generator of revenue. This can occur when users leave a platform due to harassment or when online speech has offline consequences that may make big tech legally liable or subject them to regulation. Otherwise, there is no reason to stop it.

It is for this reason that Twitter removed Trump so late. Threatening war crimes against Iran or retweeting Nazis was inconsequential. But since Trump’s election, big tech came under scrutiny. Fear over Russia’s exploitation of social media dominated the 2016 election. Then in 2018 an explosive report detailed Cambridge Analytica’s use of Facebook data to target users with misinformation. In response, Democratic Presidential candidate Elizabeth Warren proposed breaking up the tech companies. Subpoenas were issued, and members of Congress grilled tech CEOs. Not good.

Major changes came. Rather than arriving to Stormfront, a quick search of racist content on Google takes you to the Southern Poverty Law Center and the Anti-Defamation League. Facebook and Twitter regularly purge far-right accounts. YouTube—long a pipeline to the far-right—removed White supremacist channels. All seems well. Perhaps Coyne is right—big tech has saved us!

Can the profit motive stop hate? Far from it. To understand this, racism must be reconceptualized. Insofar as racism rests on irrational hatred, liberal ideology conceives it as extrinsic to the rational free market. But the problem is that racism, while harmful for most, is useful for generators of profit. For big tech, sensational and hateful stories about refugees, transgender people and Muslims keeps many online, thus boosting revenue. Certainly, hate will be stopped when it cuts into profit. But absent this, it will remain untouched. For this reason, plenty of hateful content can still be found on social media. Thus, contrary to Coyne, big tech will never be able to effectively regulate speech.

Another problem also emerges. The profit motive not only affects the treatment of hate speech. It also impacts left-wing speech. Citing fears over “violence”, Facebook removed a large number of anarchist and anti-fascist pages. Ironically, this policy came after Trump drew a false equivalence between the far-right and far-left. Many of these pages were specifically devoted to fighting White supremacy.

We should also not lose sight of the market’s adaptability. For the right, this flexibility is an advantage of the free market. To the contrary, this challenges the possibility of private business stopping hate. As soon as Trump and far-right extremists were removed from Twitter, his followers flocked to other social media networks like Gab and Parler. In a sensible world, there would be no space for their virulent racism. But under capitalism, they are just another market.

Ending racism requires understanding its relationship with profit. As long as the profit motive exists, racism will remain. Fear of the “other” hooks people to their screens, where products are promoted and their data is sold. Big tech will only take action when liability is too large. Even then, bans simply result in the far-right moving to smaller social media sites. The left too should also be cautious, with fears over violence resulting in their ban. For this reason, big tech is not our saviour.

This is not to suggest that Trump’s ban was bad. Far from it. He was the right’s most popular spokesperson. His removal will have some effect on dampening racist aggression. But inevitably, the impact will be limited. Instead of relying on big tech, solutions exist outside of private business. While there is not a single way to prevent racism, community mobilization, prison abolition and anti-militarism, to name a few, would do much. They will be far more effective than waiting for the free market to fix the problems it created.