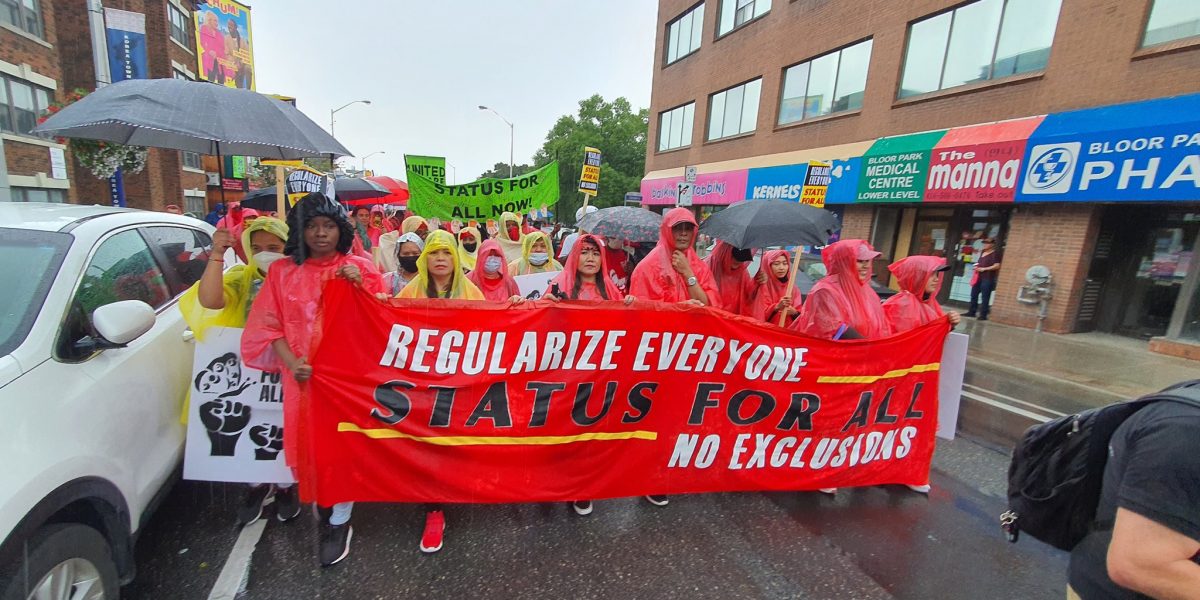 Prime Minister Trudeau and all his federal ministers are meeting in Hamilton on Monday, January 23 for their winter cabinet retreat. Migrant workers will be going too. The Status For All campaign is calling for supporters to rally at the retreat to demand the Liberal government keep their promise and create a historic regularization program that delivers permanent resident status for all undocumented people without exclusions.

While Prime Minister Trudeau and his federal ministers are meeting to plan their priorities for the year, we want to loudly tell them that our demands for #StatusForAll are the only way to stop the exploitation, deportation and death of undocumented people.

Permanent status for all

The fight for permanent status for all, the right to work and to stay, is a fight for economic justice for a highly exploited workforce. Regularizing all undocumented people will help ensure that these workers have access to labour rights and allow them to stand up to bad bosses and unsafe working conditions by moving freely and taking other jobs. They would have access to programs such as EI, CPP, and workers’ compensation.

A fight for all workers

We can win historic immigration changes. If all the ministers at the meeting feel the pressure to support regularization, then the cabinet can create an uncapped program through which all undocumented people and their families can apply for permanent residence as early as February.

If you are in Toronto and want to attend the Hamilton rally on January 23 make sure to register for buses leaving from 720 Spadina Avenue to Hamilton, departing at 10 am and returning at 2:30 pm.

You can also take action by sending emails, making phone calls, posting on social media and putting up posters. To find more information about how you cab take action visit: https://migrantrights.ca/takeaction/