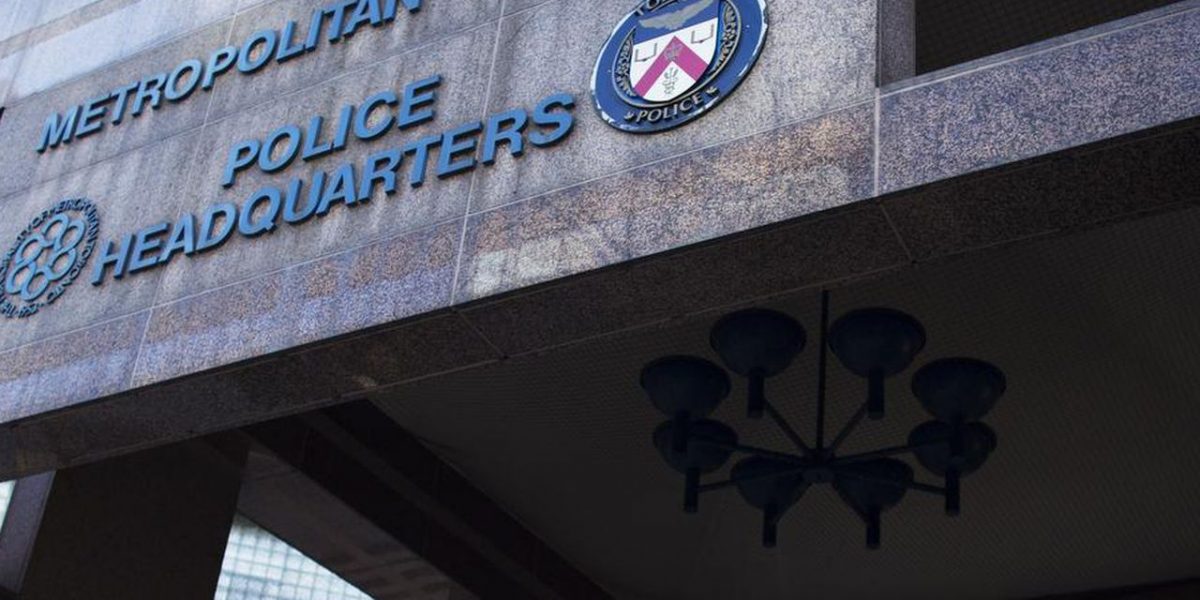 The new year arrived in Toronto as every year seems to: with mayor John Tory proposing an increase to the city’s police budget.

The mayor plans to boost the police budget by $48.3 million. The almost $50 million in spending will add to an already outsized $1.2 billion police operating budget. Tory seems committed to giving money to the police, no matter the cost.

In a radio interview with the CBC, the mayor was confronted by the lack of evidence connecting increased policing with safety. Tory responded, “I, and the people of Toronto, disagree with that.” But the mayor struggled to define the people that supported him. When pressed once more for any hard evidence in his favour, Tory cited a conversation he had with Toronto’s Chief of Police.

Today, opposition to the police budget has become a rallying call for progressives. Black organizers and their allies shaped the terms of the debate in 2020. Now that the debate has shifted, we will not be fooled by Tory’s racist, pro-policing rhetoric.

The summer of abolition

The uprisings following the police murder of George Floyd in May 2020, quickly came to the Greater Toronto Area, a place with strong Black, brown, and Indigenous movement organizing. Two days after Floyd was murdered, Regis Korchinski-Paquet fell to her death from a balcony in Toronto after police arrived at her apartment and barricaded the door, refusing to allow her family to enter. Not Another Black Life mobilized thousands in Toronto to hit the streets in honour of Korchinski-Paquet and to protest policing.

That summer, as the police killed more and more Black, brown, and Indigenous people across Canada, abolishing the police became a mainstream discussion topic. In Toronto, thousands were on the streets again for Emancipation Day on August 1, bringing several major intersections downtown to a grinding halt. When a motion came before Toronto City Council to defund the police by ten percent, BLM-TO countered with a call for a fifty percent reduction, a demand amplified by non-stop emails and phone calls from Torontonians to Tory and city councillors. Thousands more tuned in to watch the city council debate the motion.

Still, Tory remained stubborn, opposing even a modest ten percent reduction of the police budget while Torontonians joined with people worldwide to say no to the racist institution of policing. It is no small irony that today, Tory claims “the people of Toronto” want more policing while ignoring the years-long demands to defund, disarm, dismantle, and abolish. It speaks volumes about who Tory considers the people of Toronto: not the racialized working class who speak out about the police violence they endure, but the predominantly white upper-class who stand to gain from state violence.

Over the last several years Tory has grown familiar with every argument against policing as a solution to social and economic problems. He can hardly claim ignorance at this point, yet he remains unwilling to listen to those affected by police violence.

Tory’s refusal to listen to community members and leaders is not just obstinance, but the racism that drives his policy decisions.

Not the same old routine

When summer gave way to fall, and 2020 gave way to the years since, it would be tempting to think that the sun rose again just to shine on the same old problems Torontonians have been dealing with. The recent police budget news comes alongside news that public transit service will be cut once more, the fares will be hiked, and the money going to transit will be used to fill fifty positions for “special constables”—less service, higher costs, and more policing. And while the city prides itself on the $1.2 million it spends on fighting anti-Black racism, it is spending one hundred times that amount on the same police force that criminalizes, harasses, and brutalizes Toronto’s Black communities.

But what has changed since 2020 is us. BIPOC movement organizing has fundamentally changed how the public understands safety. And since 2020, we have shown time and time again that we’re not going to take what the city gives us.

Even just since 2020, thousands have marched over and over again against policing. We have sent emails, tweets, phone calls, and given deputations about how we don’t need more police. We blocked the street outside police headquarters and wrote “DEFUND THE POLICE” in giant bright pink letters on the road. We showed up to oppose the police violently displacing our unhoused neighbours in encampments. We pushed for free transit and an end to the policing of transit riders. We even stopped deportations!

The police budget may be poised to go up, but we have shown that regardless of what the city does, we will be in the streets fighting for an abolitionist future where we are the ones who keep each other safe.

Our world depends on us

Two years later, Tory is the same mayor as always. This is the same John Tory who has been presented time and again with abolitionist arguments for redirecting police funding toward other services that keep people safe, like housing and public health, and responds by giving even more money to the police. The same John Tory who crows about how he wants to prioritize “helping people find a pathway out of homelessness” in the 2023 budget is the same John Tory who spent $2 million to evict sixty people living in encampments in 2021, carried out by police and security staff.

Tory refuses to see what is right before his eyes. But the rest of us are not so ignorant. Now more than ever, Tory has to answer for what he has done. The fact that a major news outlet spent an interview continually pressing him to name any evidence that policing actually contributes to safety shows the real impact that Black and Indigenous movement organizing has had.

Mayor Tory may claim that he enjoys the city’s support in increasing the police budget. But who exactly is he talking about? The same people who blocked a central street downtown and painted “DEFUND THE POLICE” in giant letters on the road outside of police headquarters? The thousands that marched through the streets calling for an end to racist police murders in our city?

The movement to defund, dismantle, and demilitarize the police has raised the confidence of a new generation of activists who make the links between police spending and the redistribution of power and resources. That movement is still shaping the terms of the debate today.

Now is not the time to throw in the towel, but to press even harder, as we have always done.

For more information on how to oppose the Toronto police budget increase visit anothertoronto.ca.